Responding directly to publications like John Laird Farrar’s Trees in Canada of 1995, still widely read and studied by landscape architects, we recognize that the vast majority of tree guides present individual species through plant morphology, plant physiology, and habitat requirements. Through this common lens, formal features are predicated on environmental conditions and the knowledge of both are expected to be applied as a design tool. Yet, entirely missing from the discussion are the cultural and political implications of trees. Luc Tuymans’ Schwarzheide from 1986 depicts a formal grouping of evergreens in one moment where the trees were planted along the borders of Nazi concentration camps to hide the camps from view. Here the morphology and
physiology of the plant is operationalized with specific intent, as a columnar tree would not satisfy the objective of concealment. We could think also about the significance of the apple tree, an Edenic symbol and one later used by John Chapman (known as Johnny Appleseed) to aid in the colonizing of the Americas. This tree had to be adaptable to the local environmental conditions and the properties of the fruit made it useful for early settlers. Or just as famously, the London Plane tree, which was introduced to the Americas, became a symbol of the power of empire. And in a final example, we can think about Lobsticks: the practice of removing the lower and middle branches of a pine tree to make a wayfinding marker. In this case, the plants morphology is manipulated with
cultural intent. This course asks students to think about nature in this context and to pursue independent research studying trees as political symbols and tools. 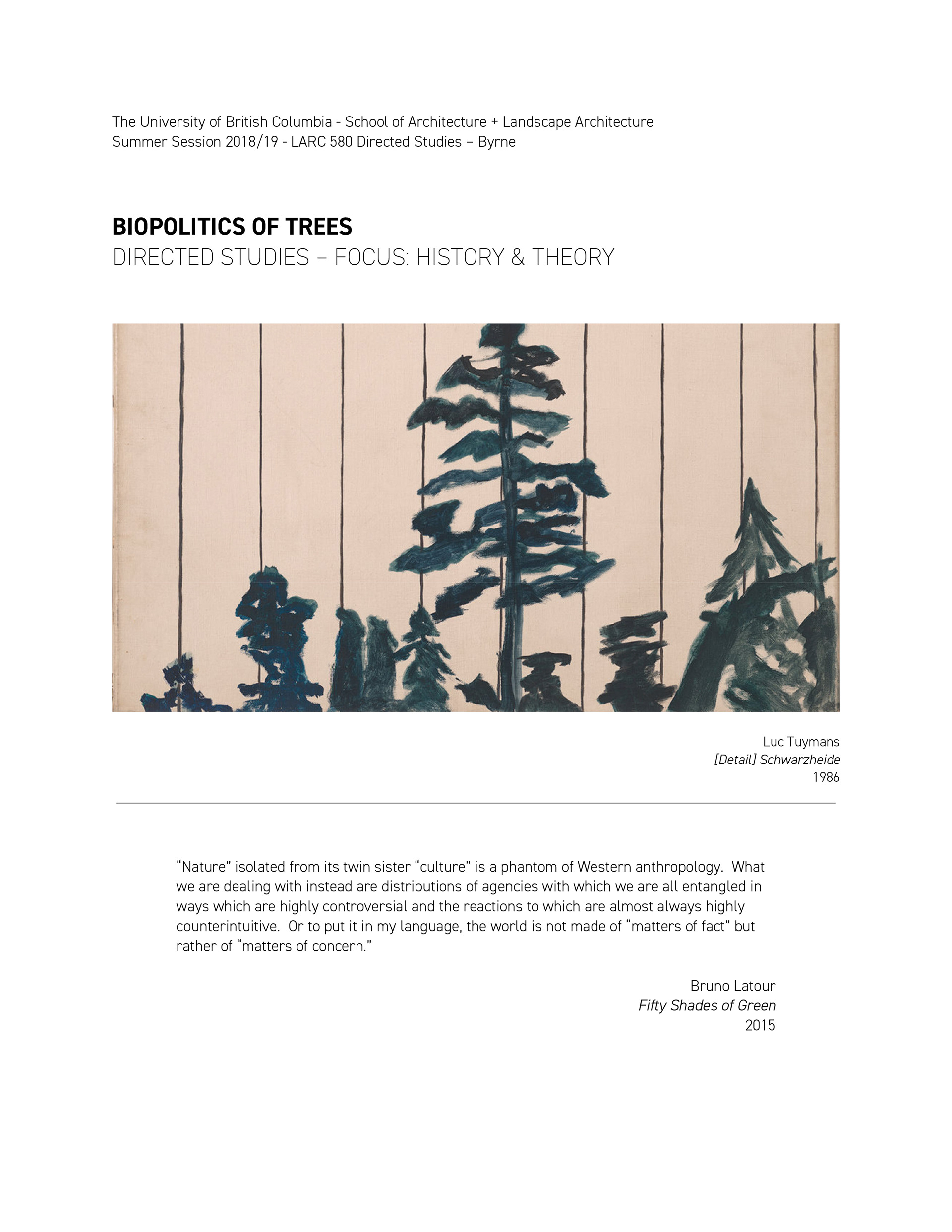 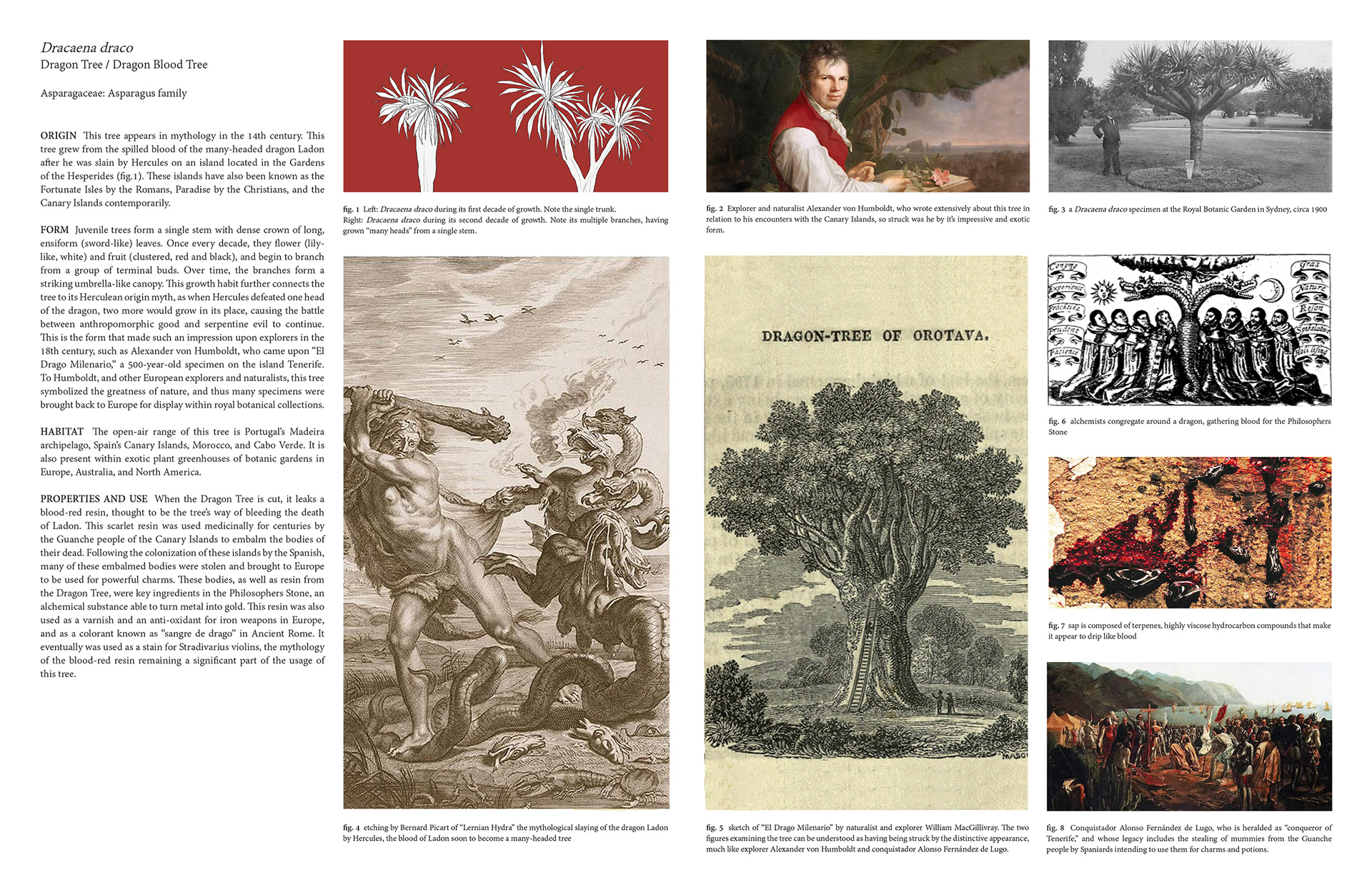 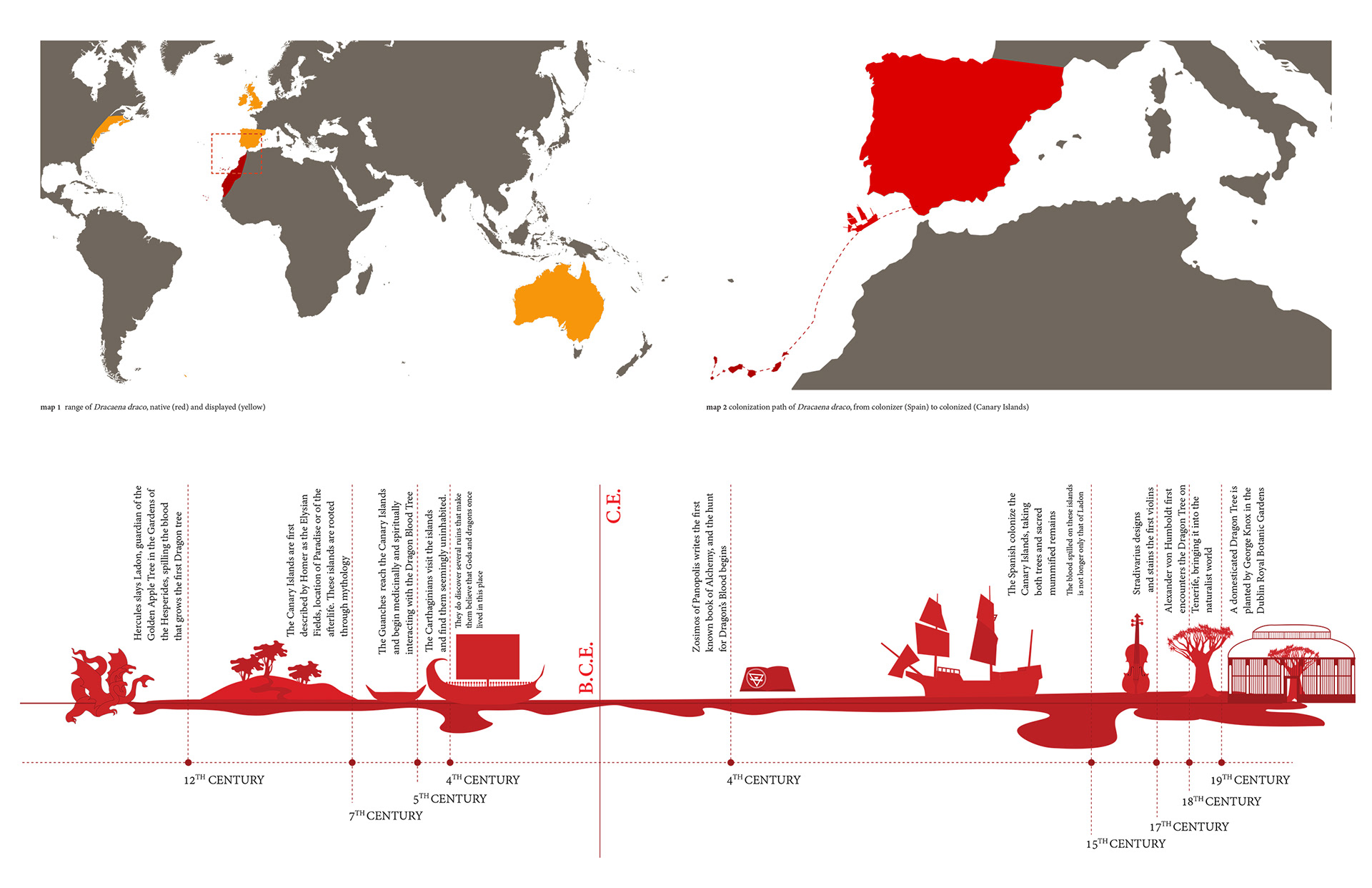 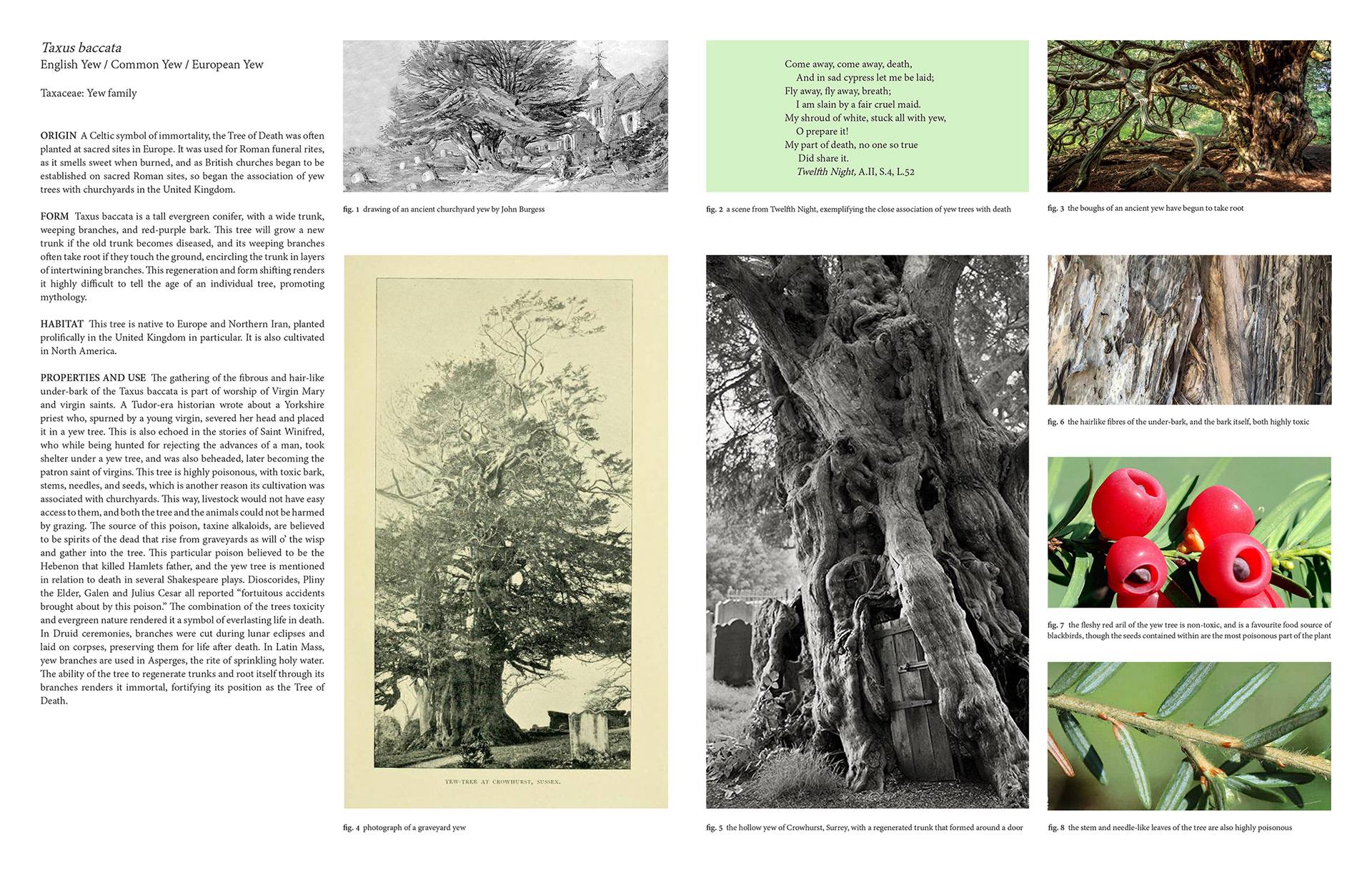 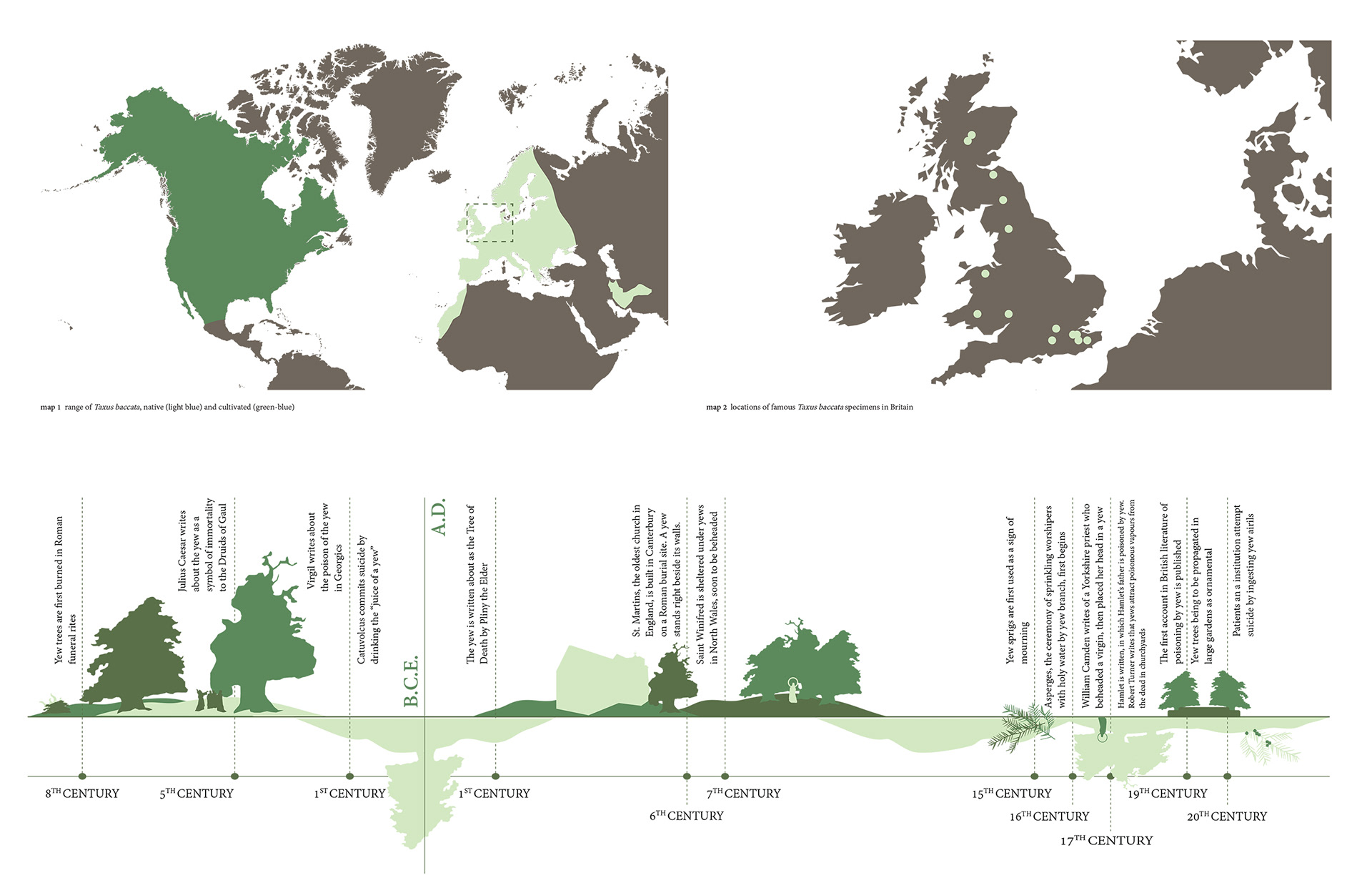 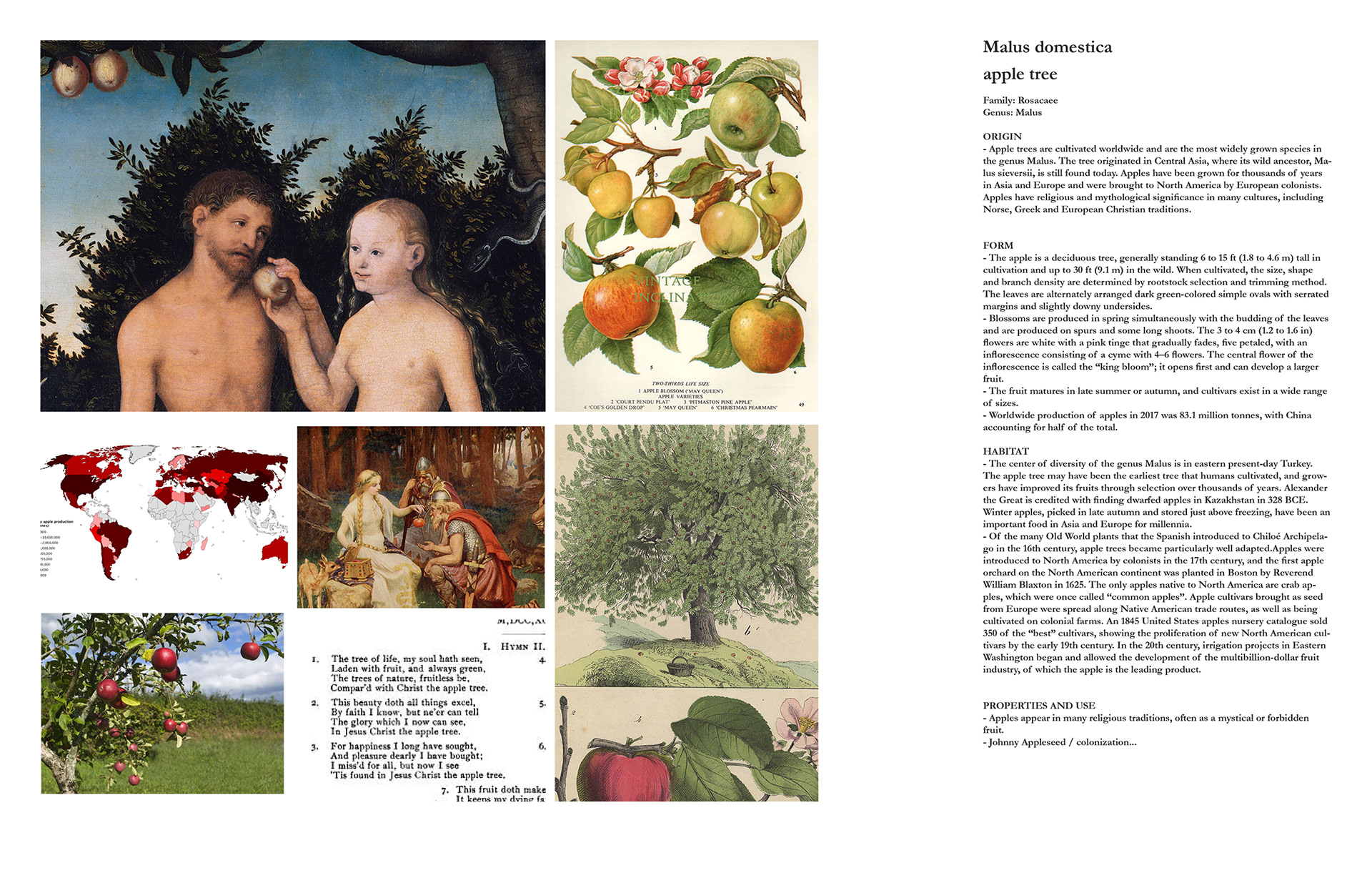 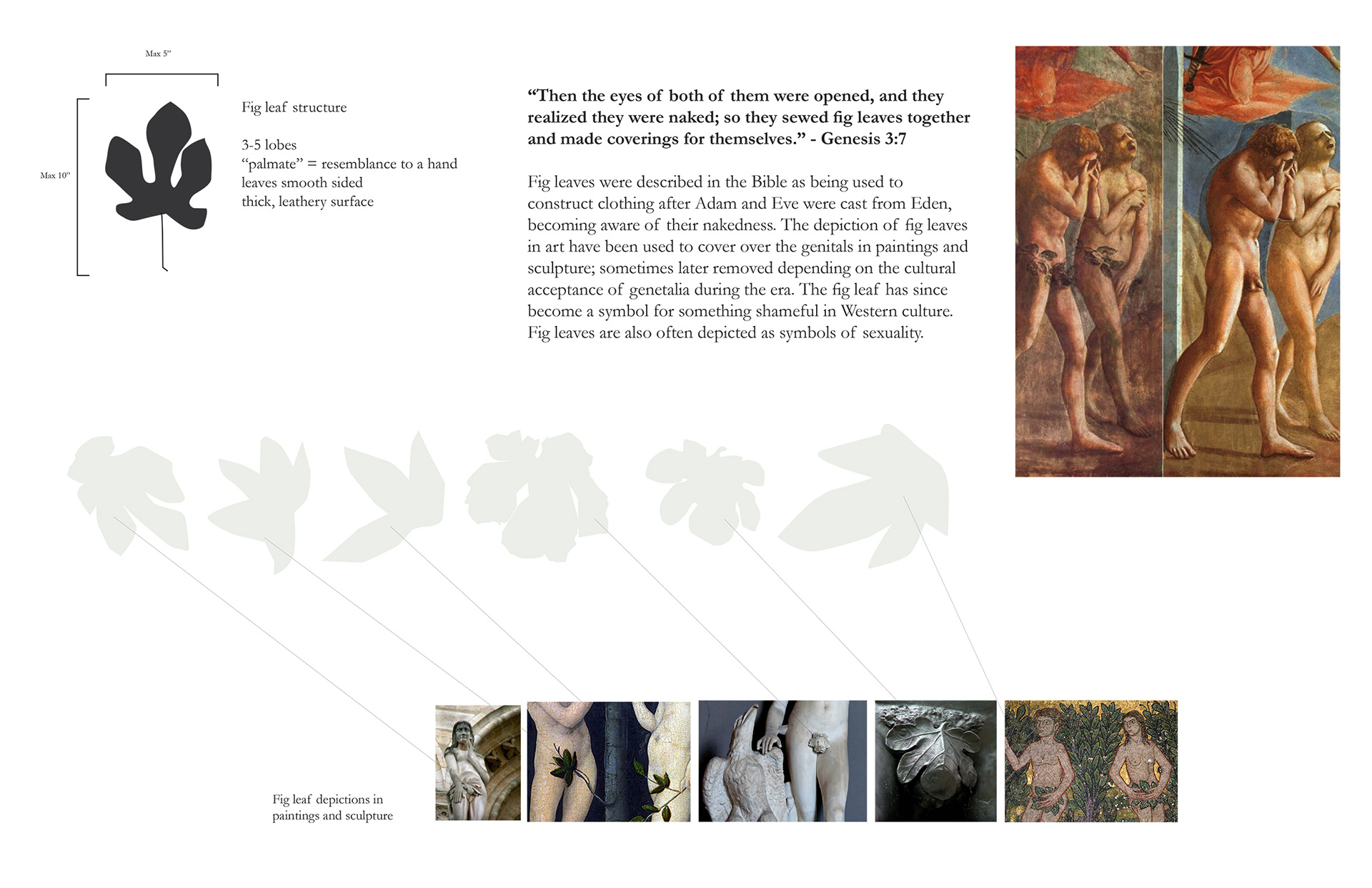 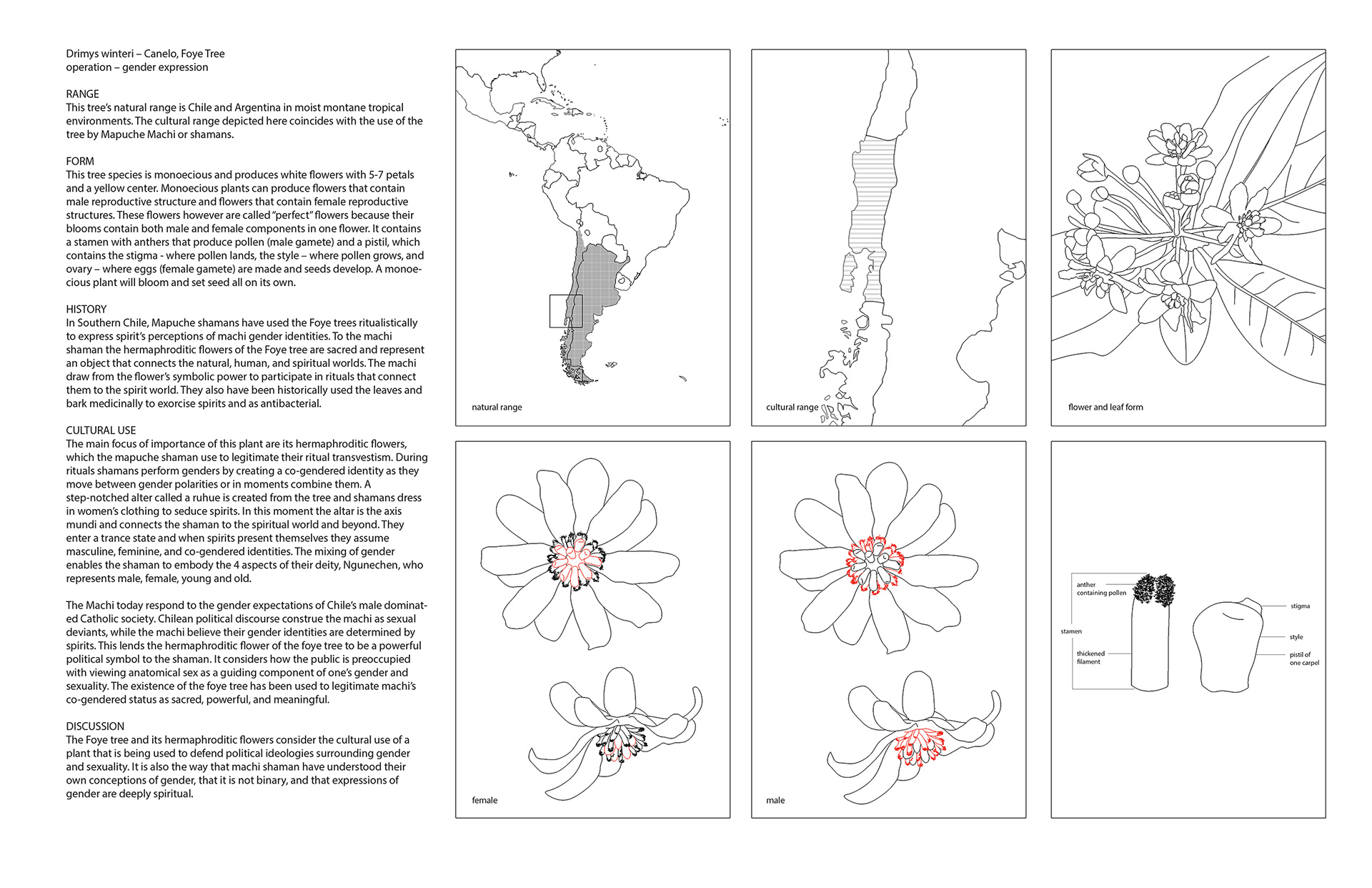 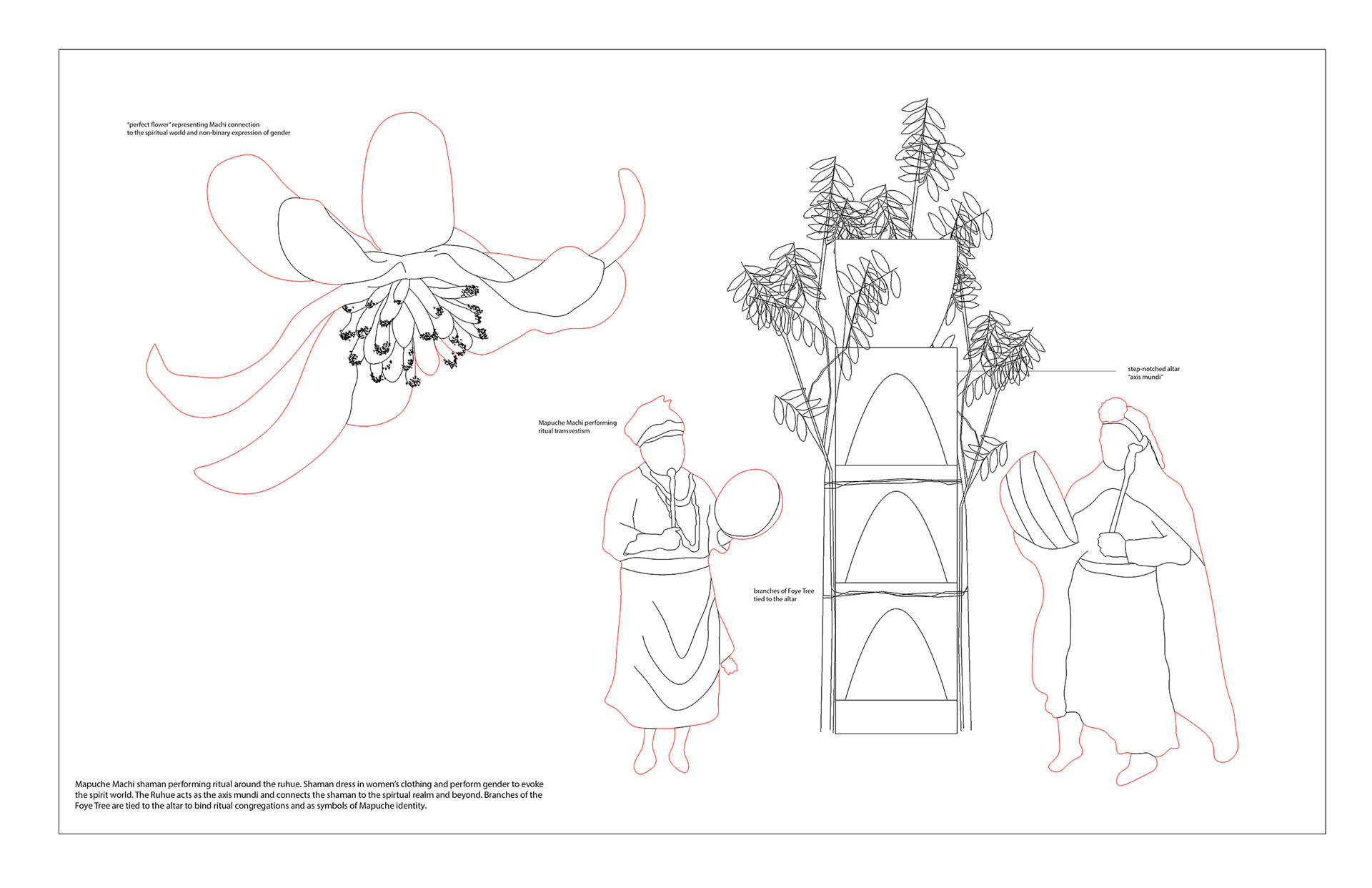 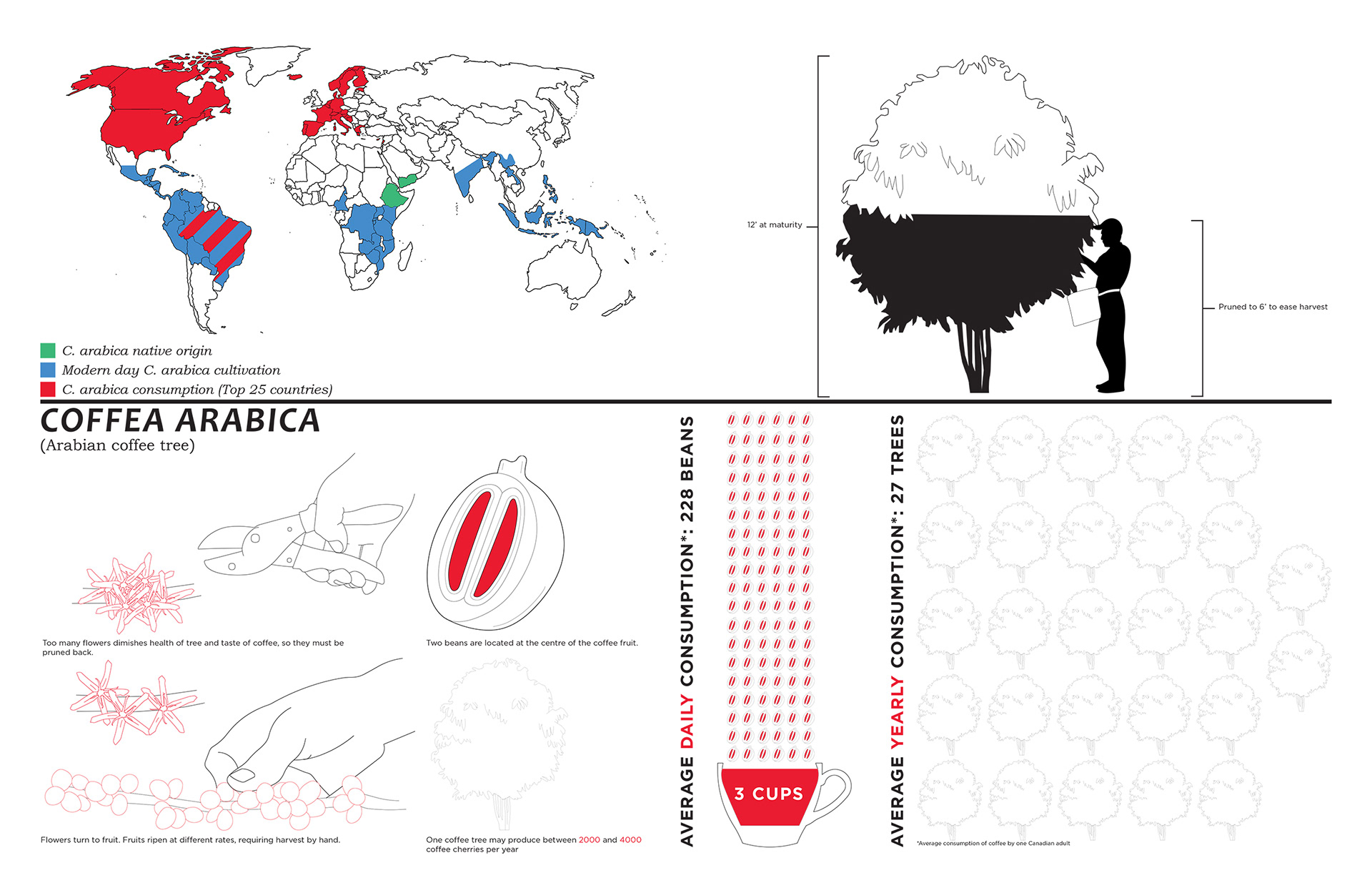