Challenging Forms of History
The Dialogic Counter-Monument
Landscape Research Record no.9, (2020): 65-77
Read Online: CELA
Abstract:
As monuments to once revered figures receive increasing public criticism for their celebration of problematic histories, a new type of monument is emerging in our time. As its name indicates, a dialogic counter-monument is a designed response to an existing monument that challenges the monument’s connection to place and expands and recontextualizes its account of history. The term
dialogic suggests that the new monument does not ignore, erase, or supersede the collective memory that the existing monument produces but instead engenders an exchange between the two for observers. A dialogic counter-monument functions similarly to interpretive signage that provides crucial background and context, but it relies on physical spatial design over written text.
This paper presents the work of a graduate level studio where students were asked to design a dialogic counter-monument and harness landscape architecture as an effectual means of engaging collective memory (Wasserman, 1998). Critically, the site of this design studio was on the unceded, traditional, and ancestral territories of the ʷməθkʷəy̓əm, sḵwx̱wú7mesh, and sel̓íl̓witulh people. The design projects had to recognize and respect that Indigenous connections to place have been severed by forces of colonialism that have effaced the ongoing traditional uses and aesthetic expressions of the landscape. At the same time as they sought to foreground these preexisting yet unacknowledged ties to place, students also endeavored to design for today’s transitory immigrant population, inhabitants who similarly lack significant relationships to land. Ultimately, the design work required a sensitivity to the plurality of affective memory experiences.
Link:
Council of Educators in Landscape Architecture 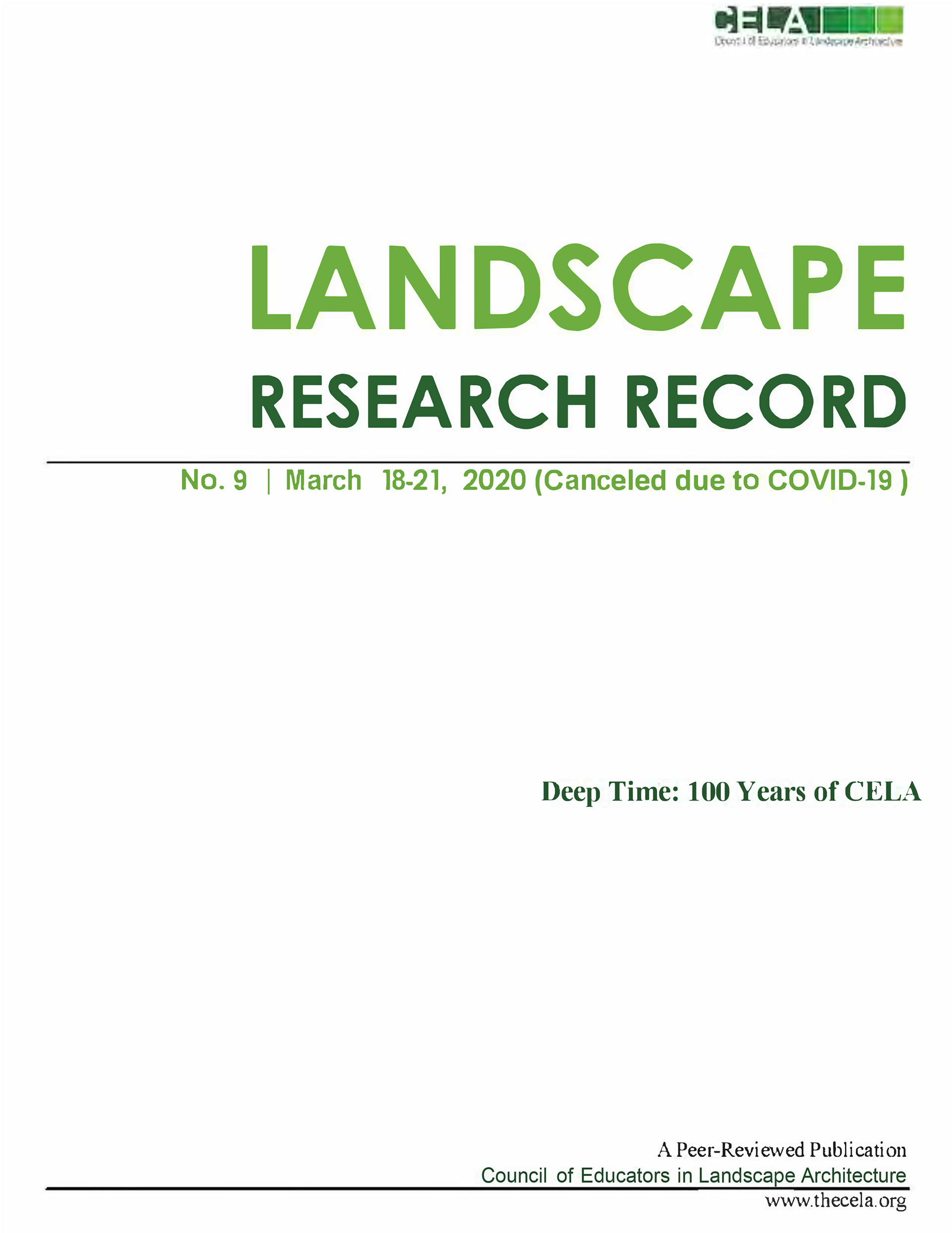 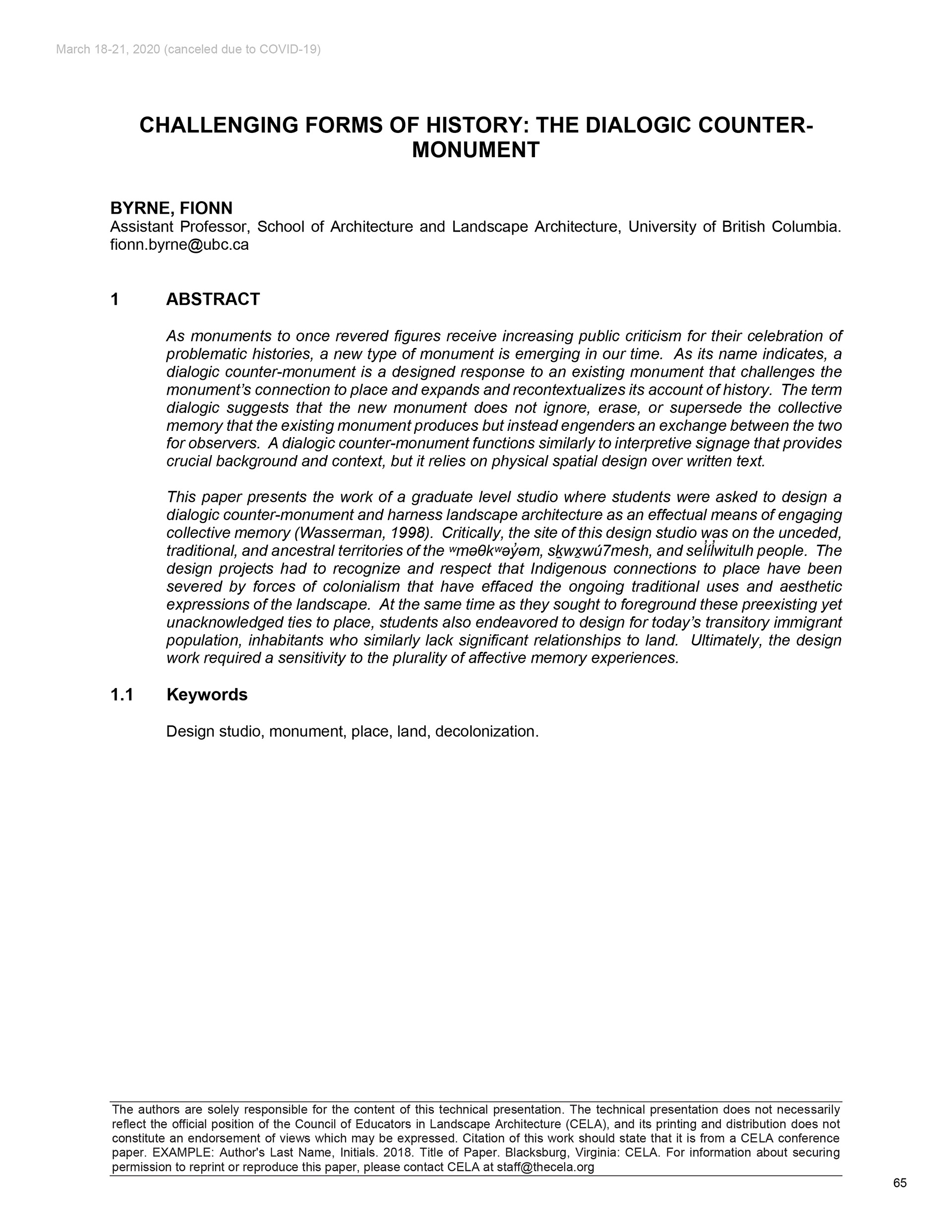 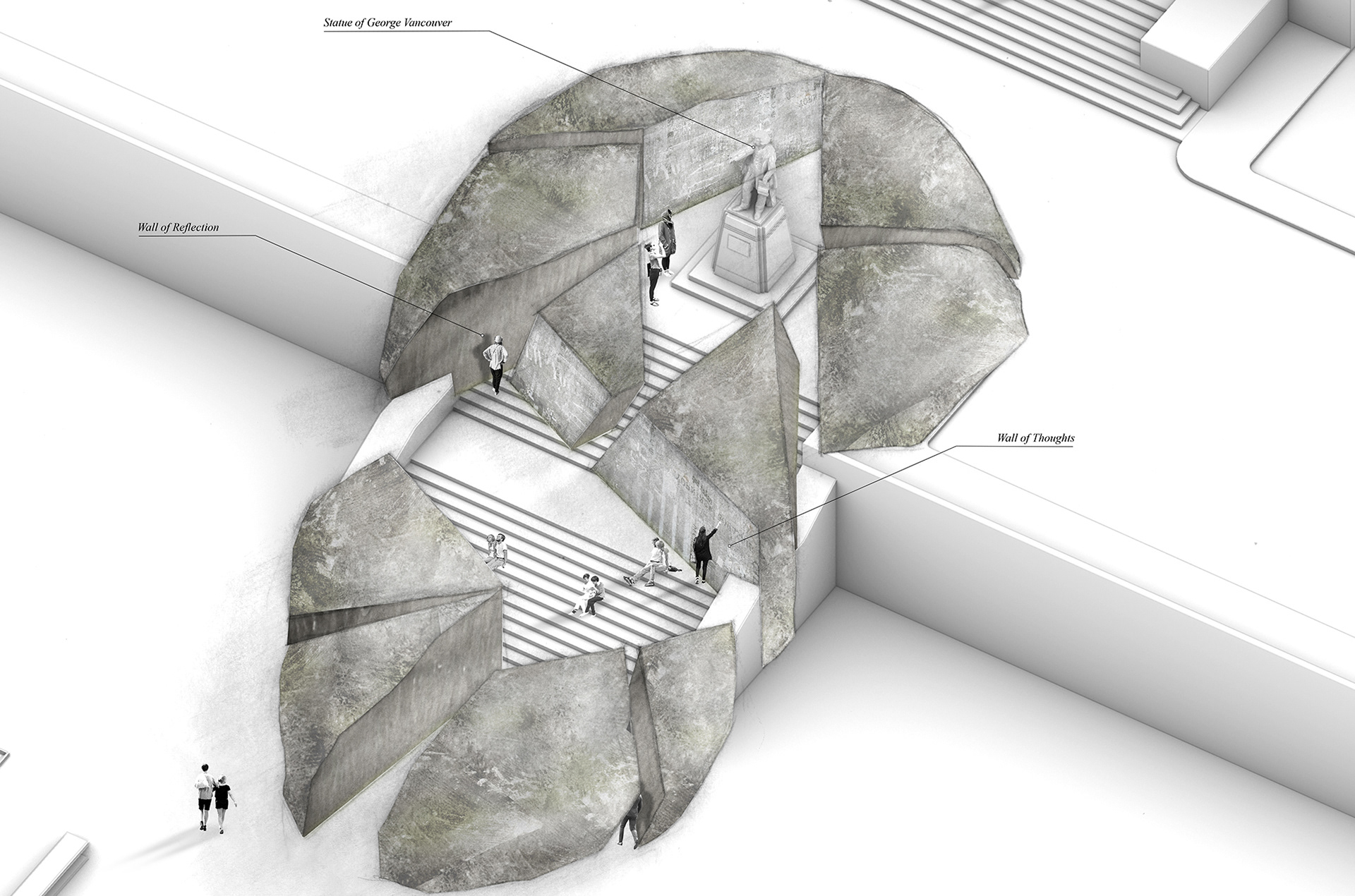 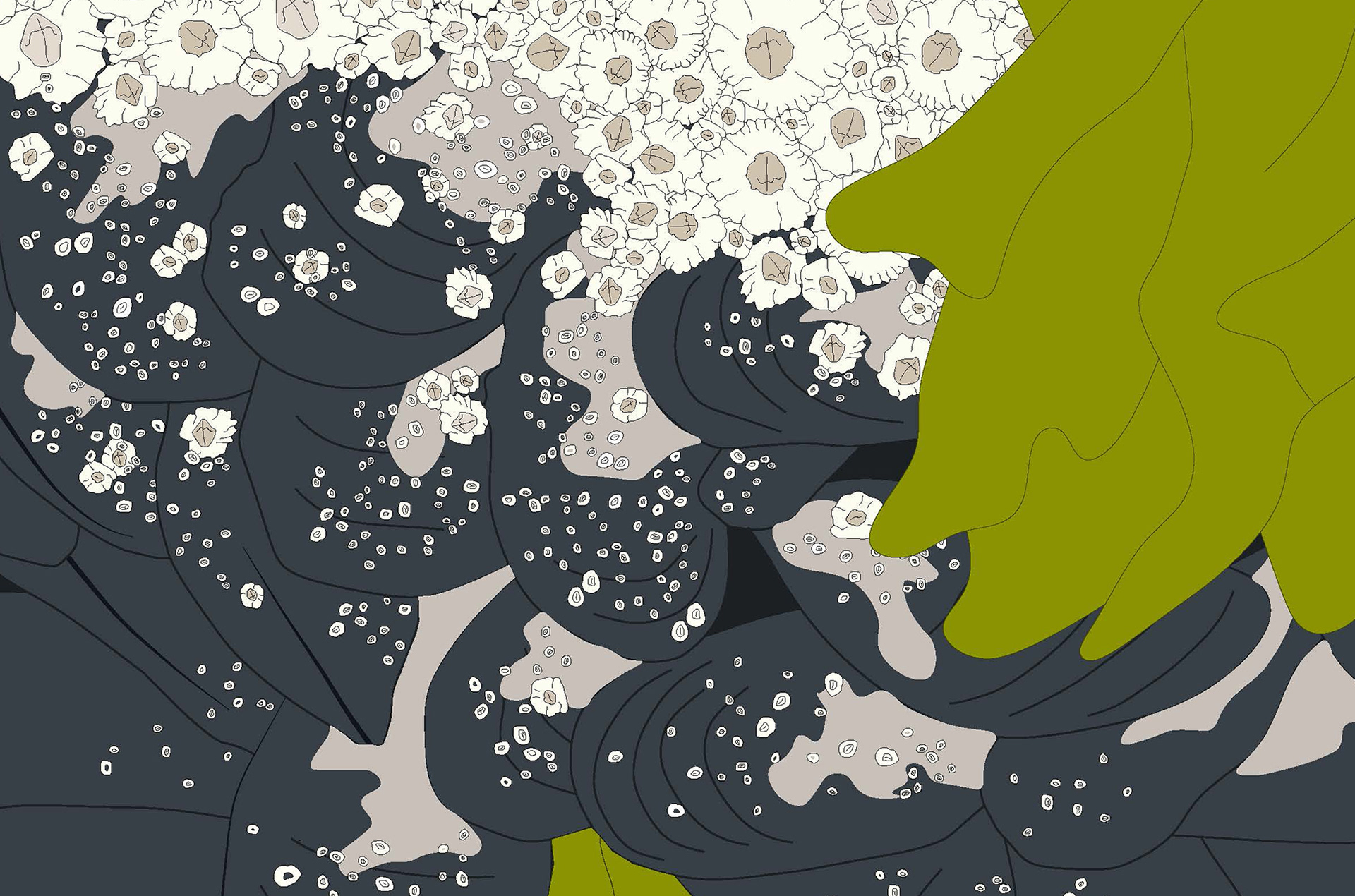