Collaborating Worlds
Rahovec’s Central City Square in Kosovo speaks to an evolving idea of urban public space. To the northeast of the current square is the old city center, which was organized around a fountain and a tall post.  It served as a singular gathering spot centered on the shared resource of water.  This type of open space constructed a place of unity and belonging through challenging times, yet it also encouraged a sense of conformity.  As the city developed, the central square was moved lower into the plains, where it currently struggles to establish a collective identity.  The prominent memorial to Toni and Mici commemorating the Kosovo War certainly constructs national identity, but such memorials fail to celebrate difference. Moreover, the city today serves a diverse group of users—including women and men, children and the elderly, able-bodied and the differently abled, tourists and locals, and even pets and wild animals. Representing vastly different needs and preferences, these groups have expressed multiple visions for the future of Central City Square.
What is needed today is a public space that does not seek conformity to a single identity but rather accommodates a plurality of group identities that enables individuals to move through public space on their own terms.
Rather than designing an entirely new square, this proposal aims to rework the existing Central City Square. The proposal brings together a vibrant diversity of spaces with Rahovec’s rich history to form a cohesive vision for the city’s future.  The project wraps the square in a bench built with stone from local quarries and recycled demolition waste.  The perimeter bench is pushed and pulled to define distinct pockets, each of which accommodates different programs and user groups, while water channels and ponds weave the spaces together.  Each pocket, furthermore, is vegetated, establishing complete worlds or micro- social and environmental habitats. The resulting landform engenders four distinct outcomes. Designed is a landscape that impacts identity, operates as infrastructure, builds community, and directs urban development. 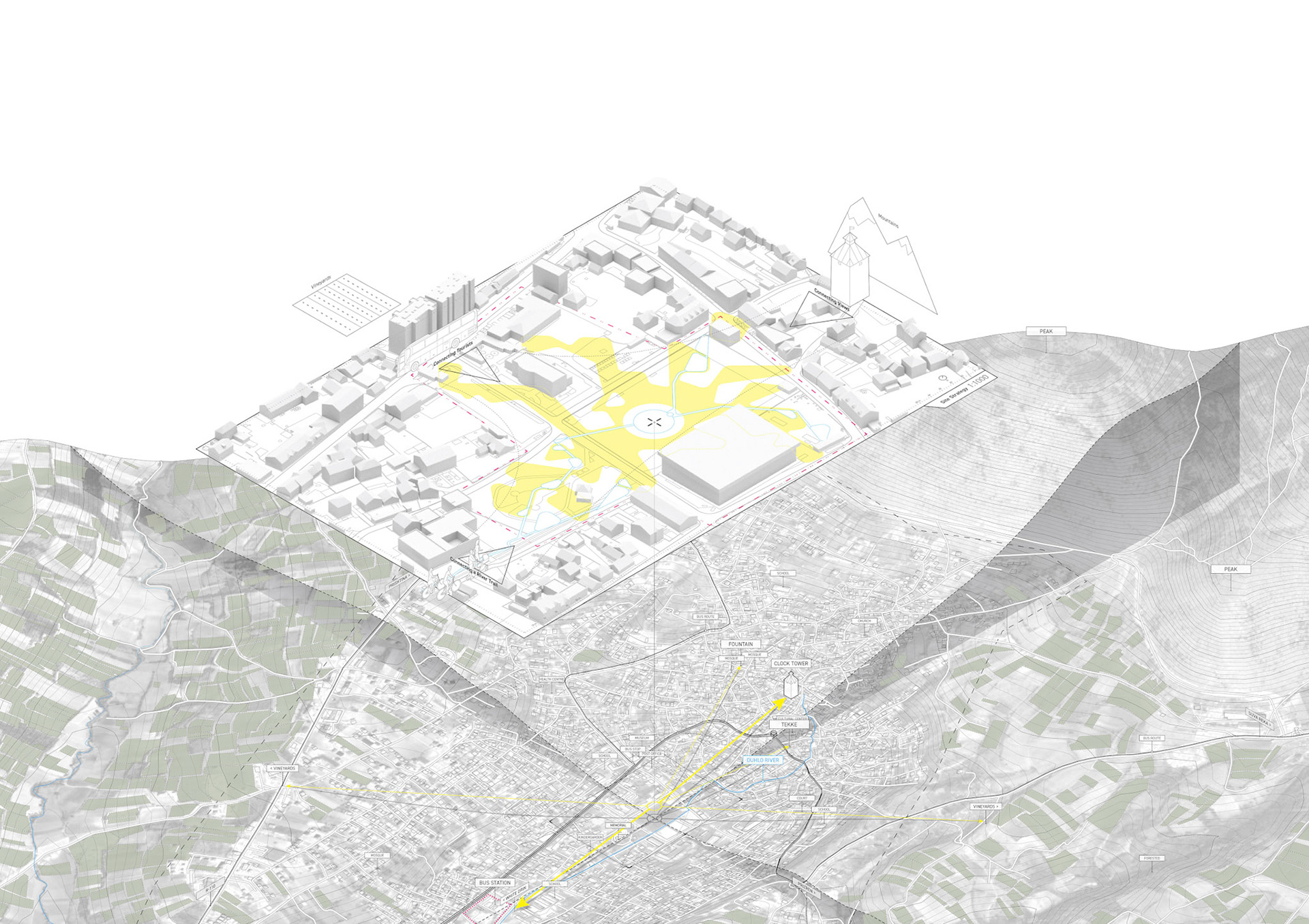 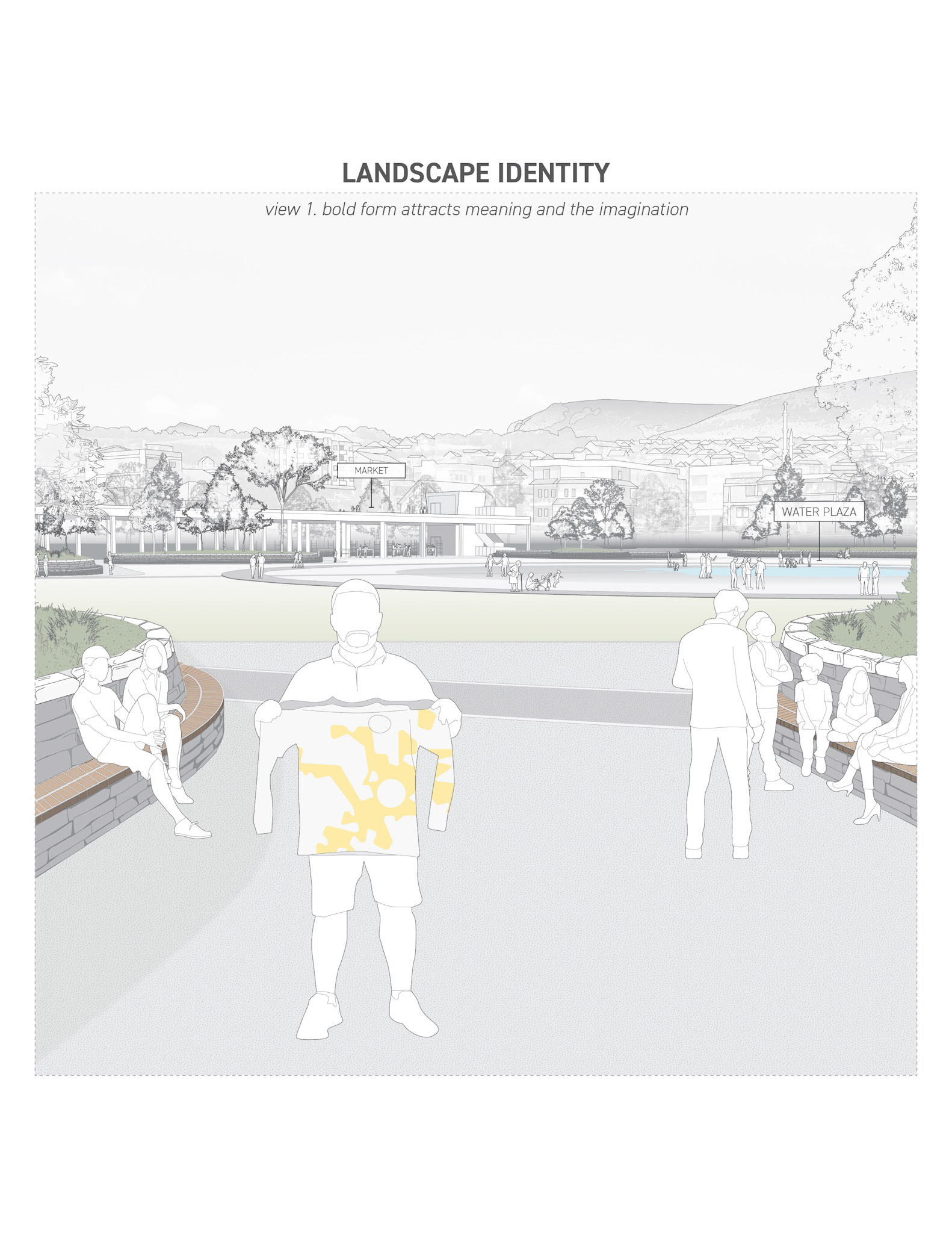 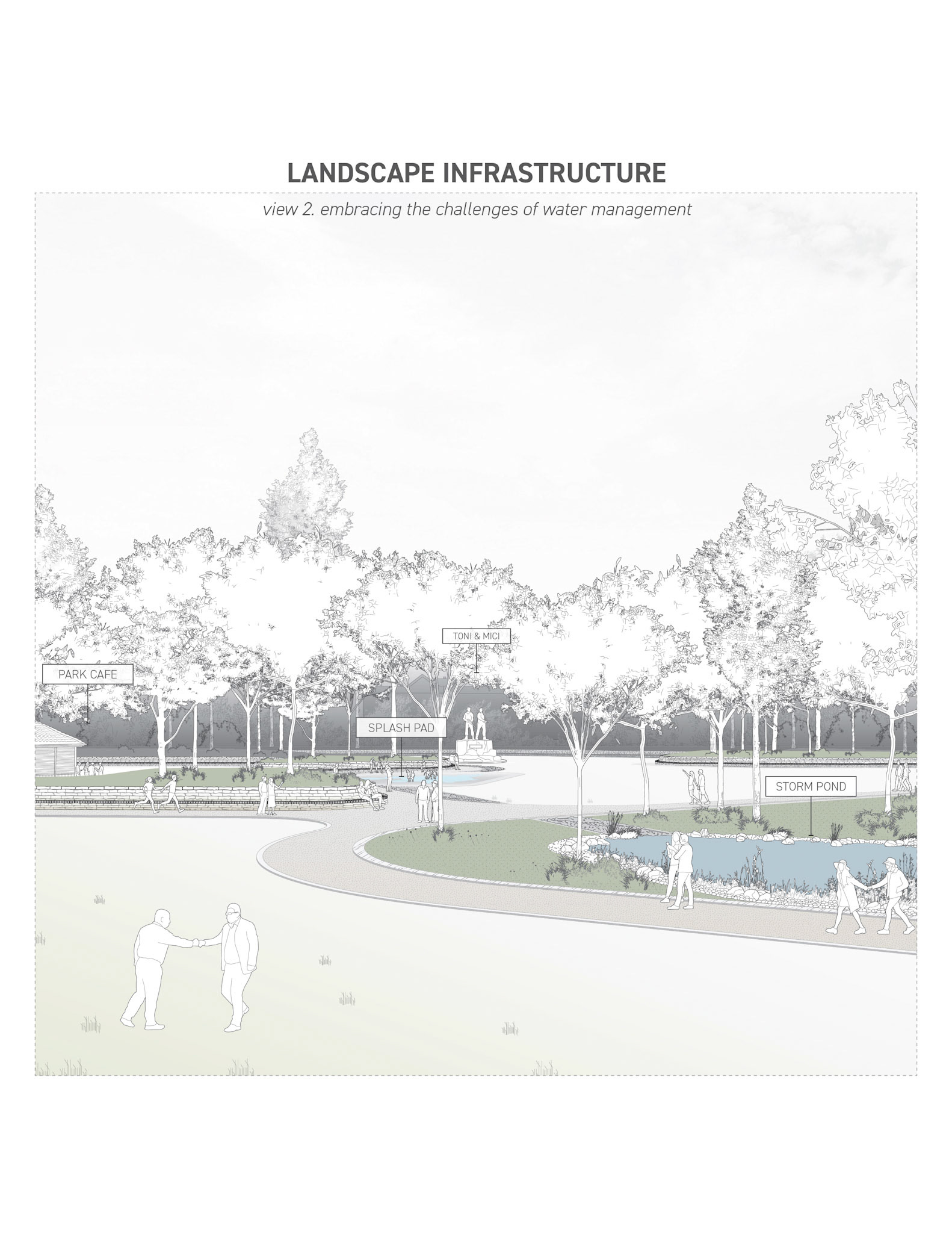 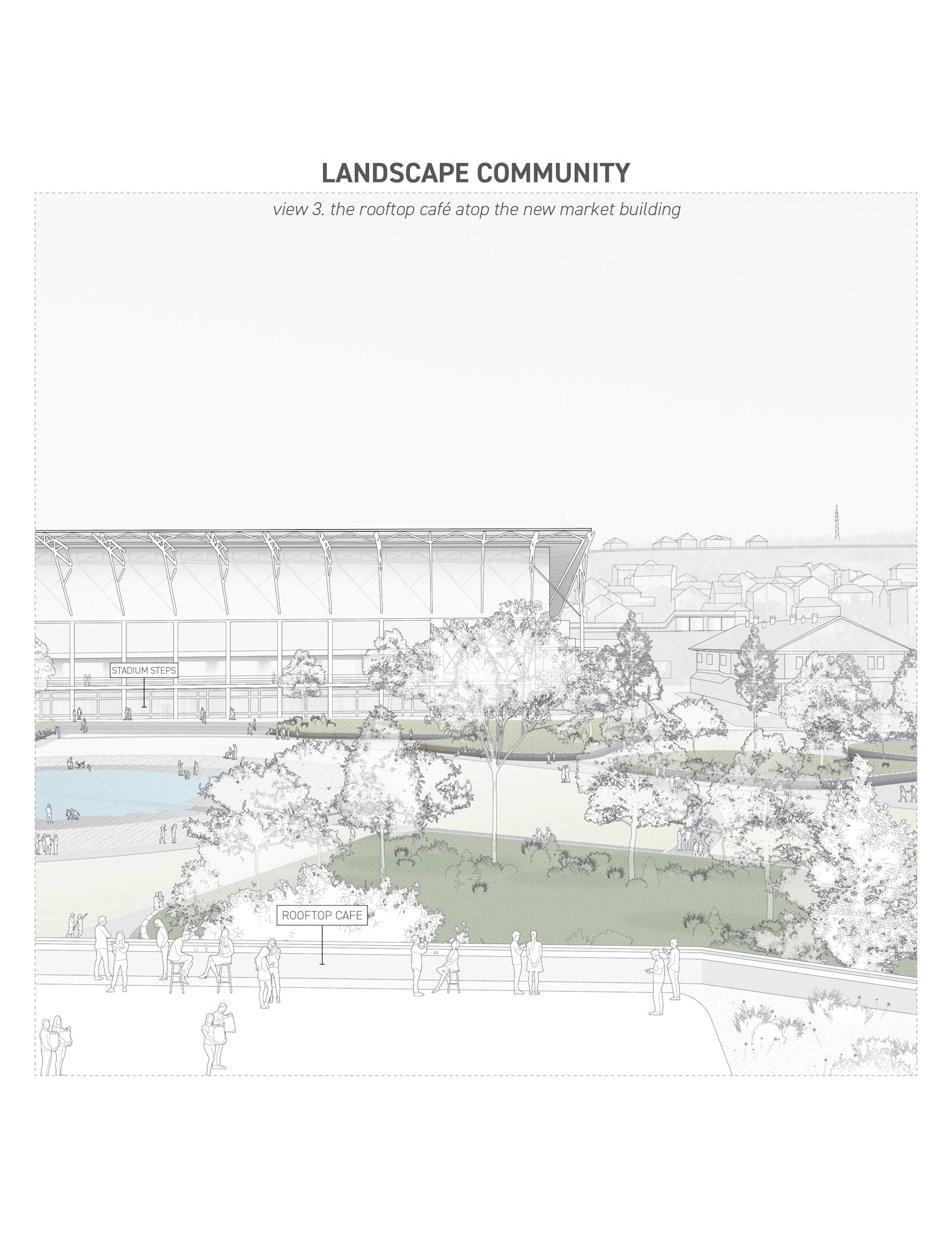 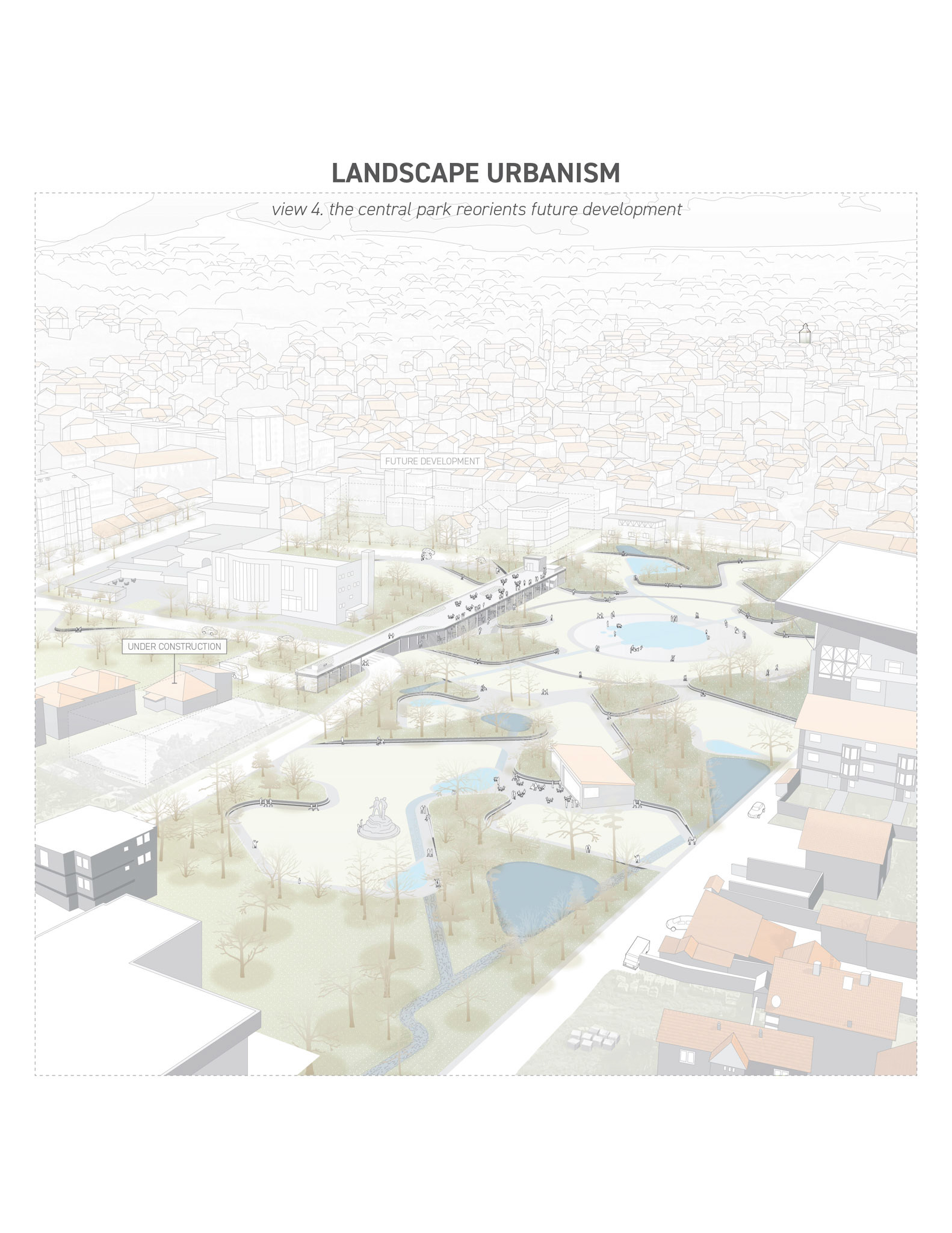 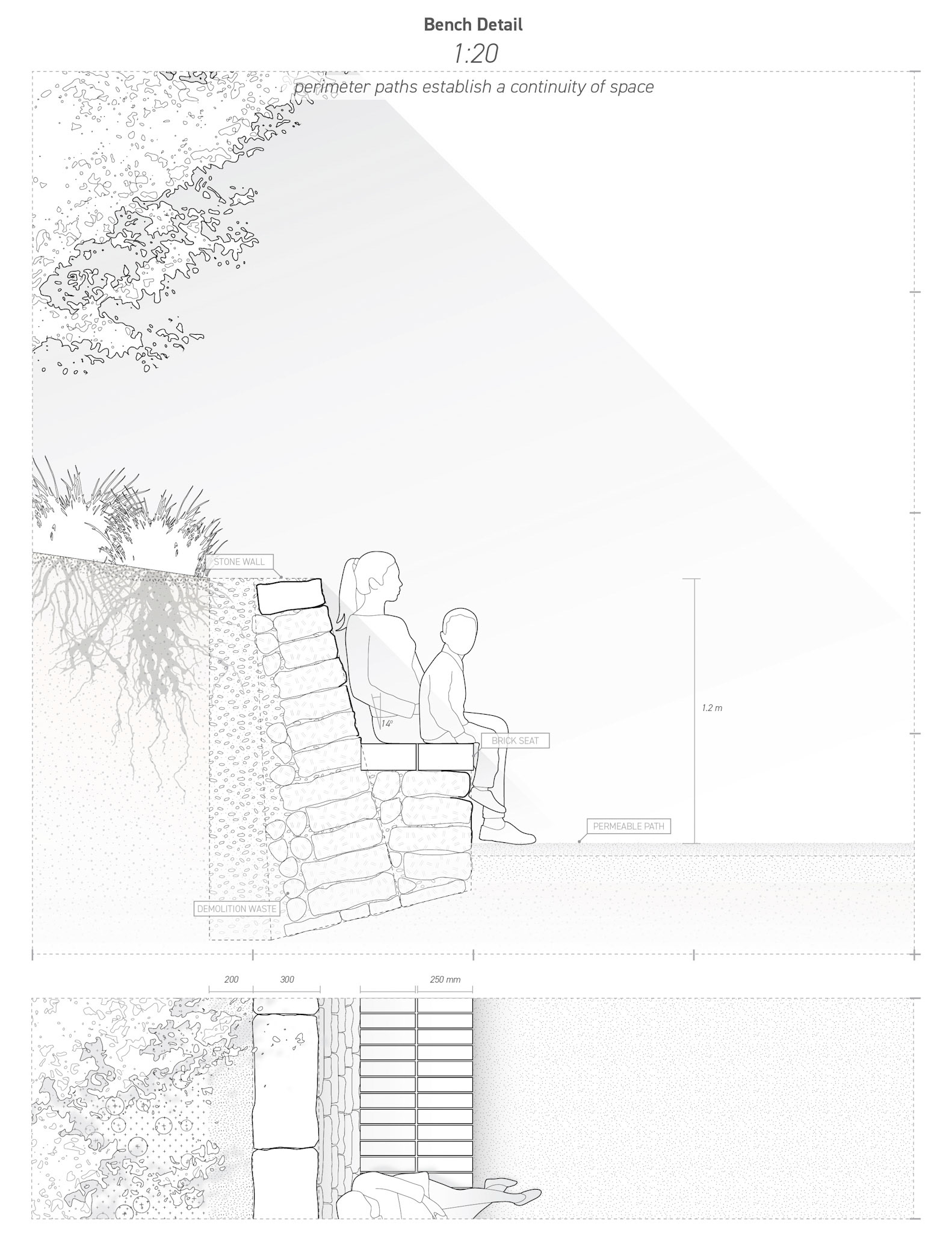 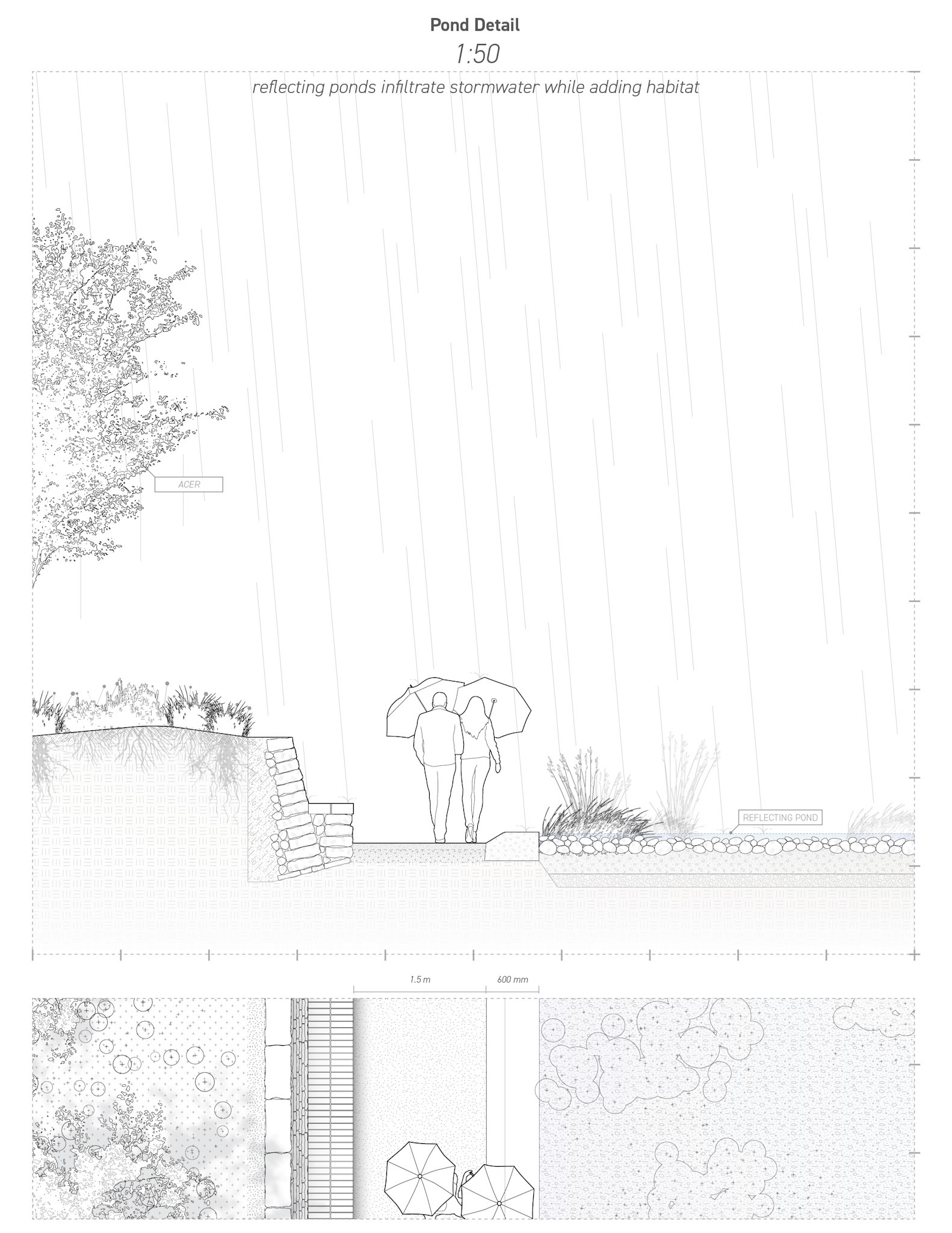 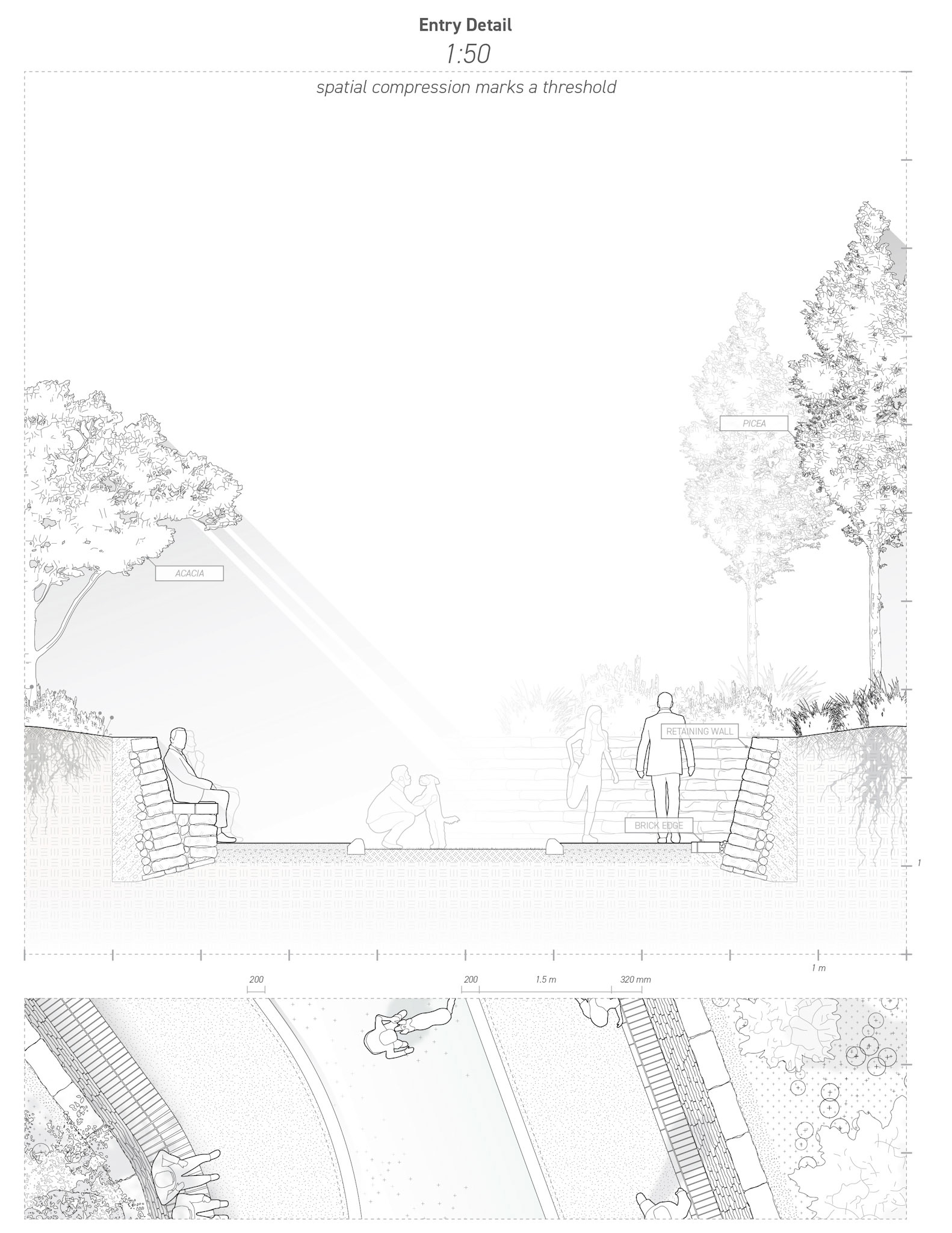 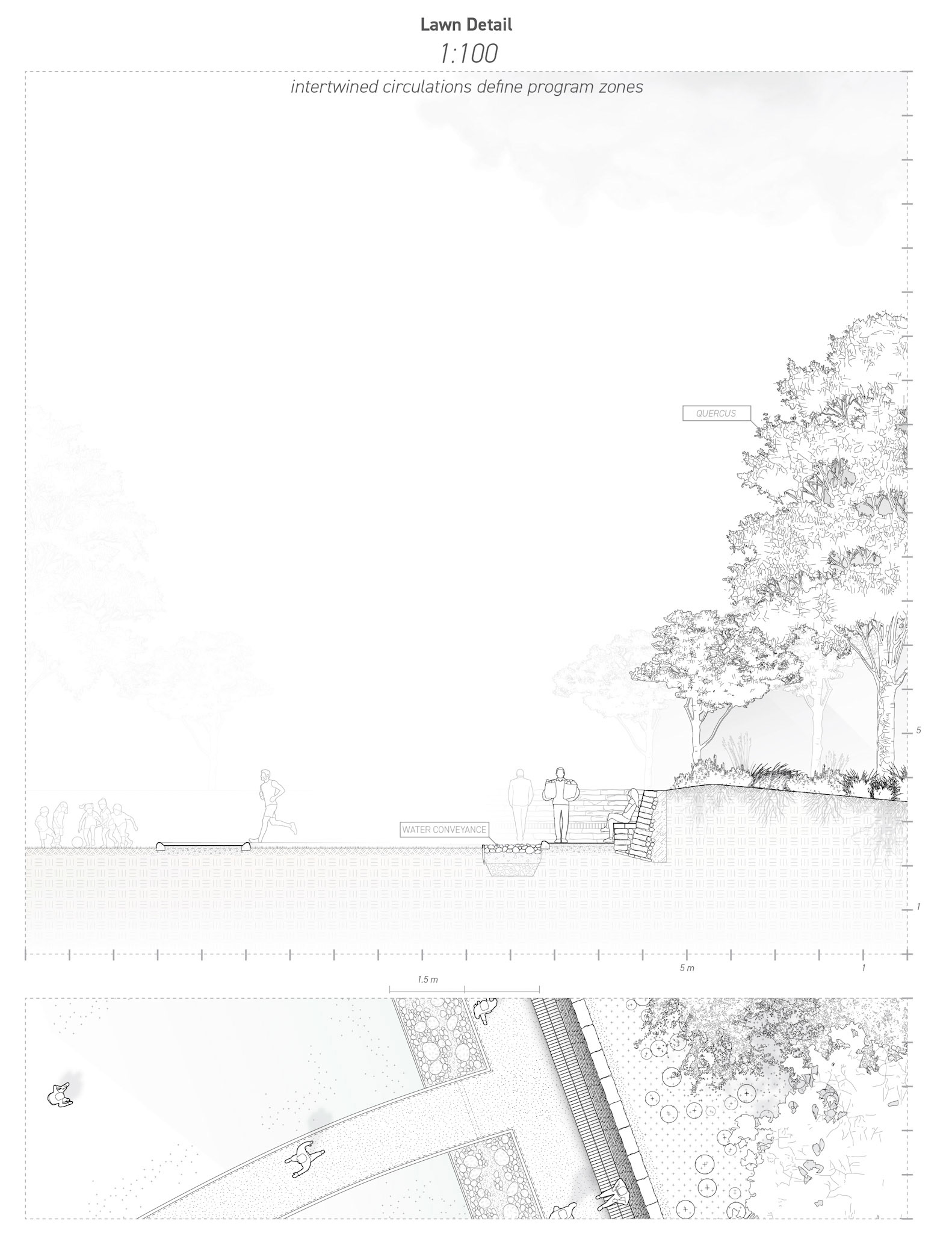 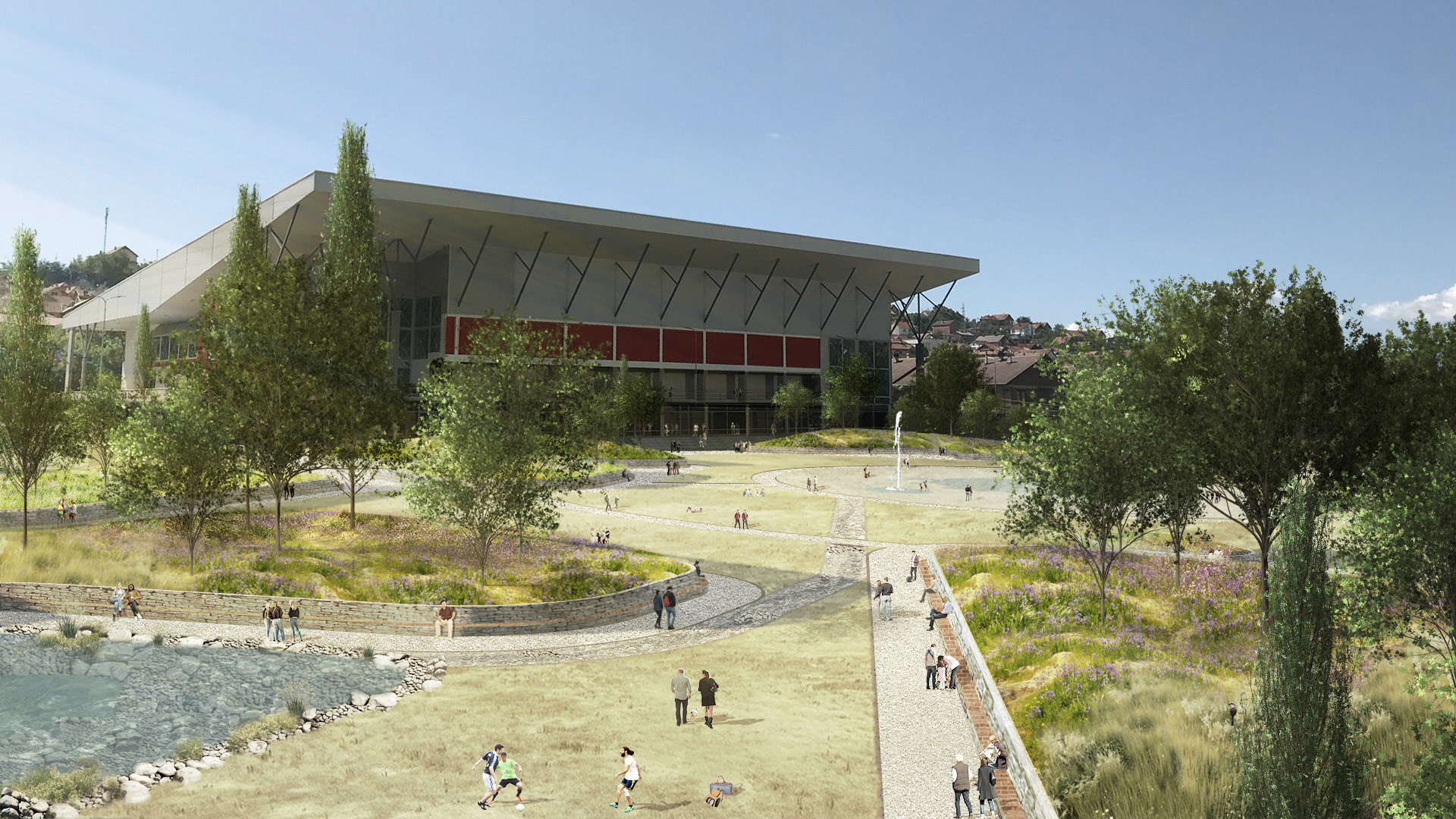 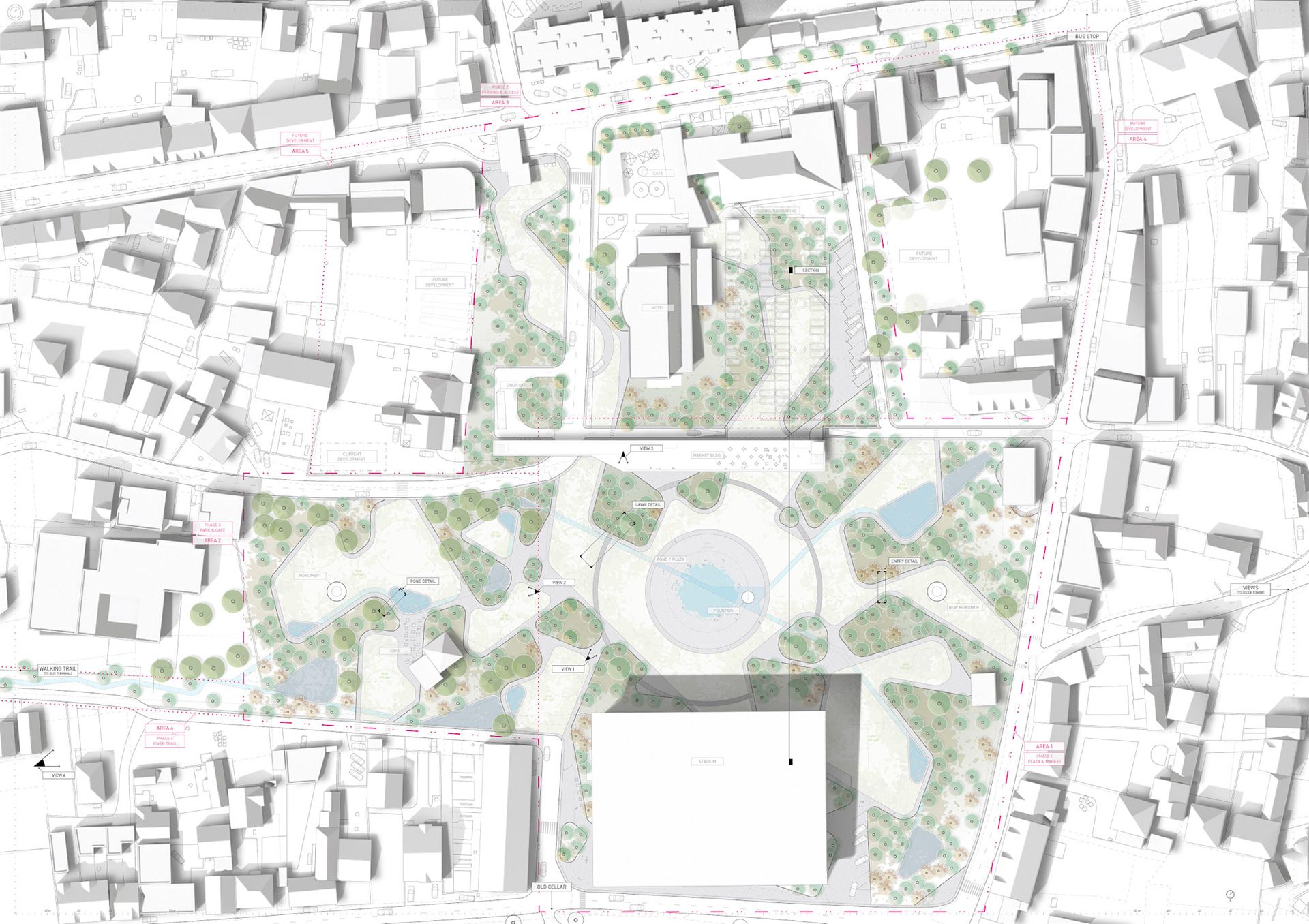