The Common Border
This imaginary mid-eighteenth-century proposal is a model of land organization that projects a shared private space on a newly emerging capitalist economy. Private here does not mean individualized but instead indicates an area that remains independent from the outside economy. This narrow and near-invisible strip of land is not zoned to extract use-value but is instead shared and mutually improved. This design speculation, set in the past, renders a new and fictional history where the commons are not enclosed but remain in the form of a shared network. Imagining alternative pasts ultimately defamiliarizes the present and leads to speculations on new forms of common land. 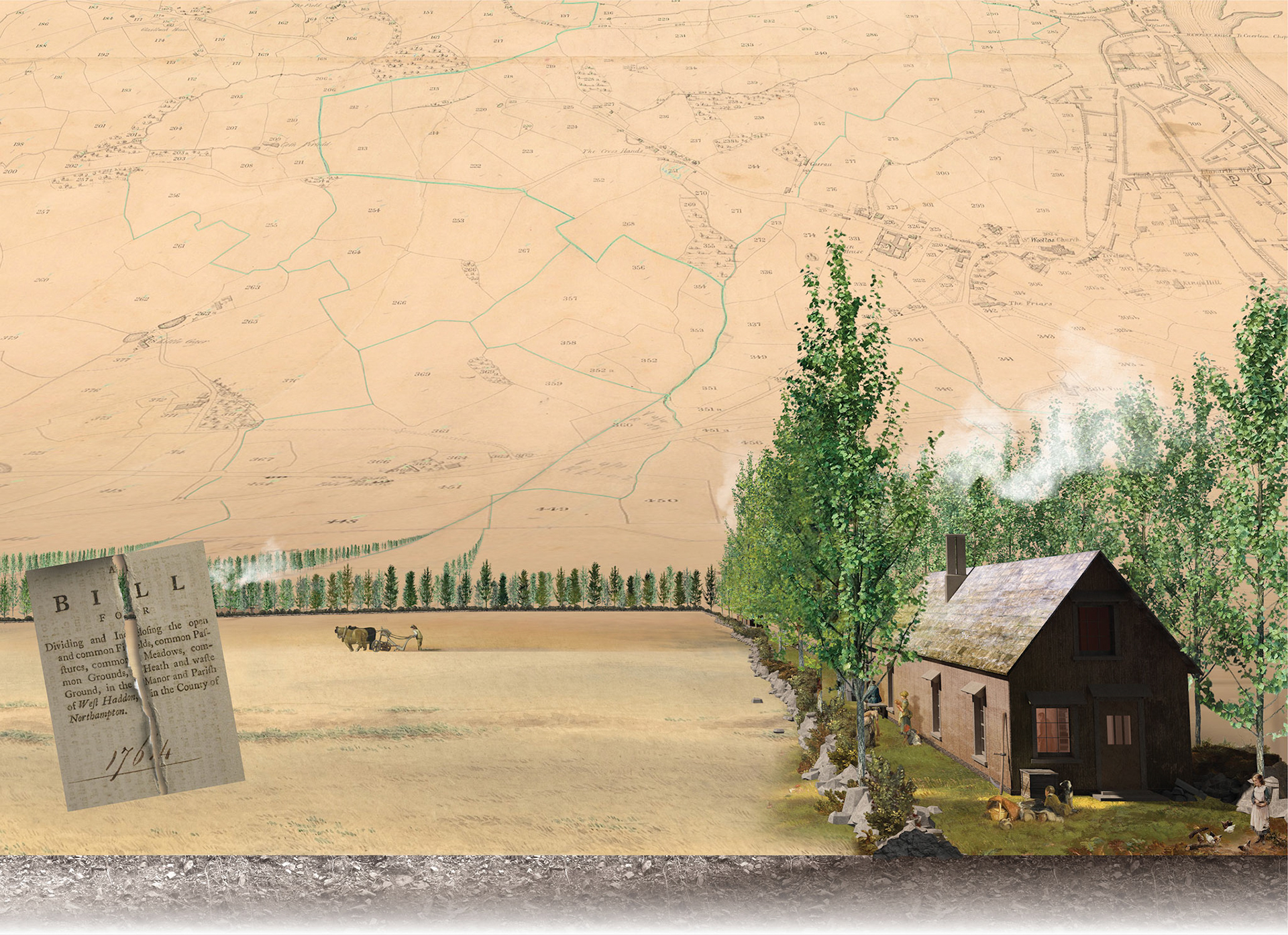 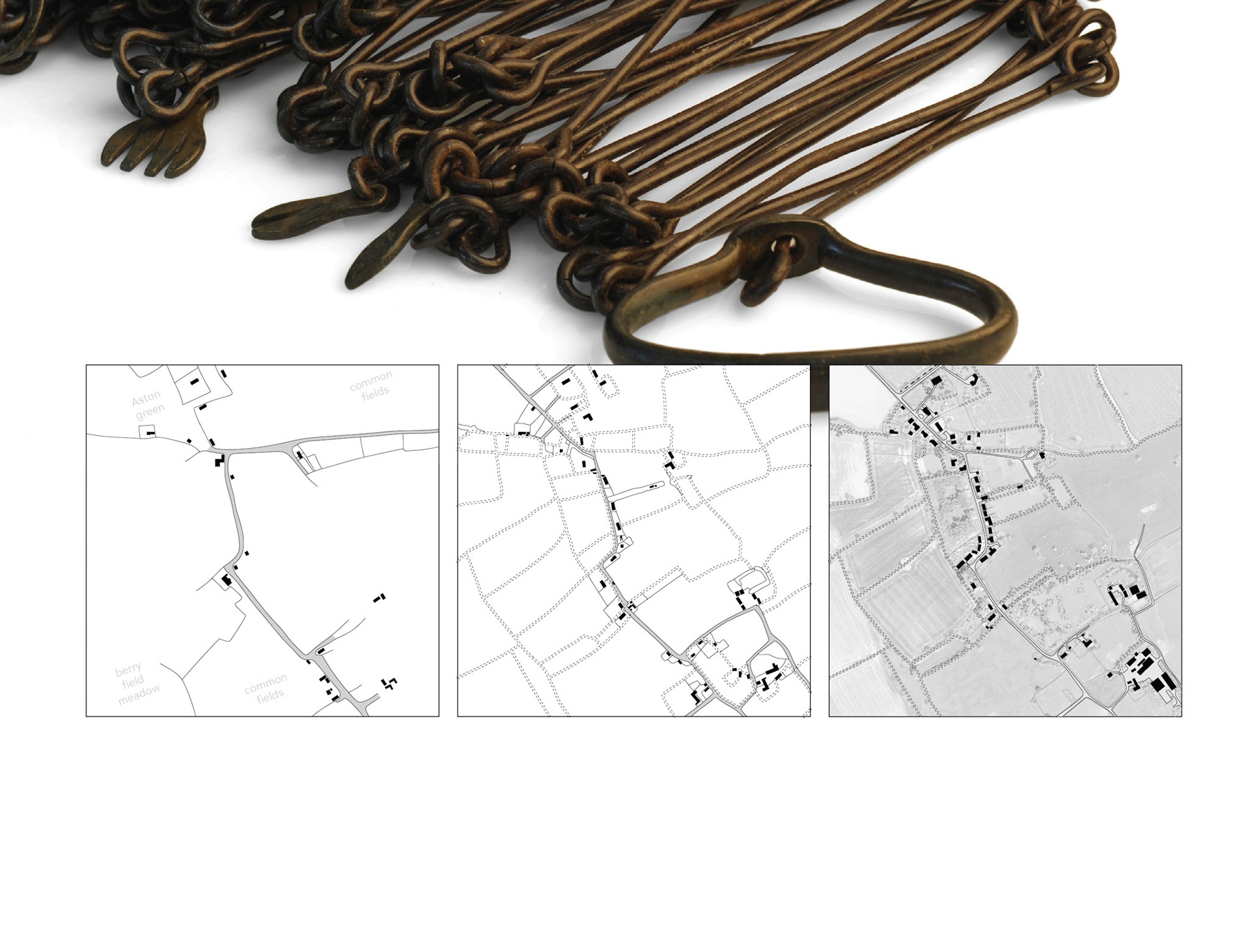 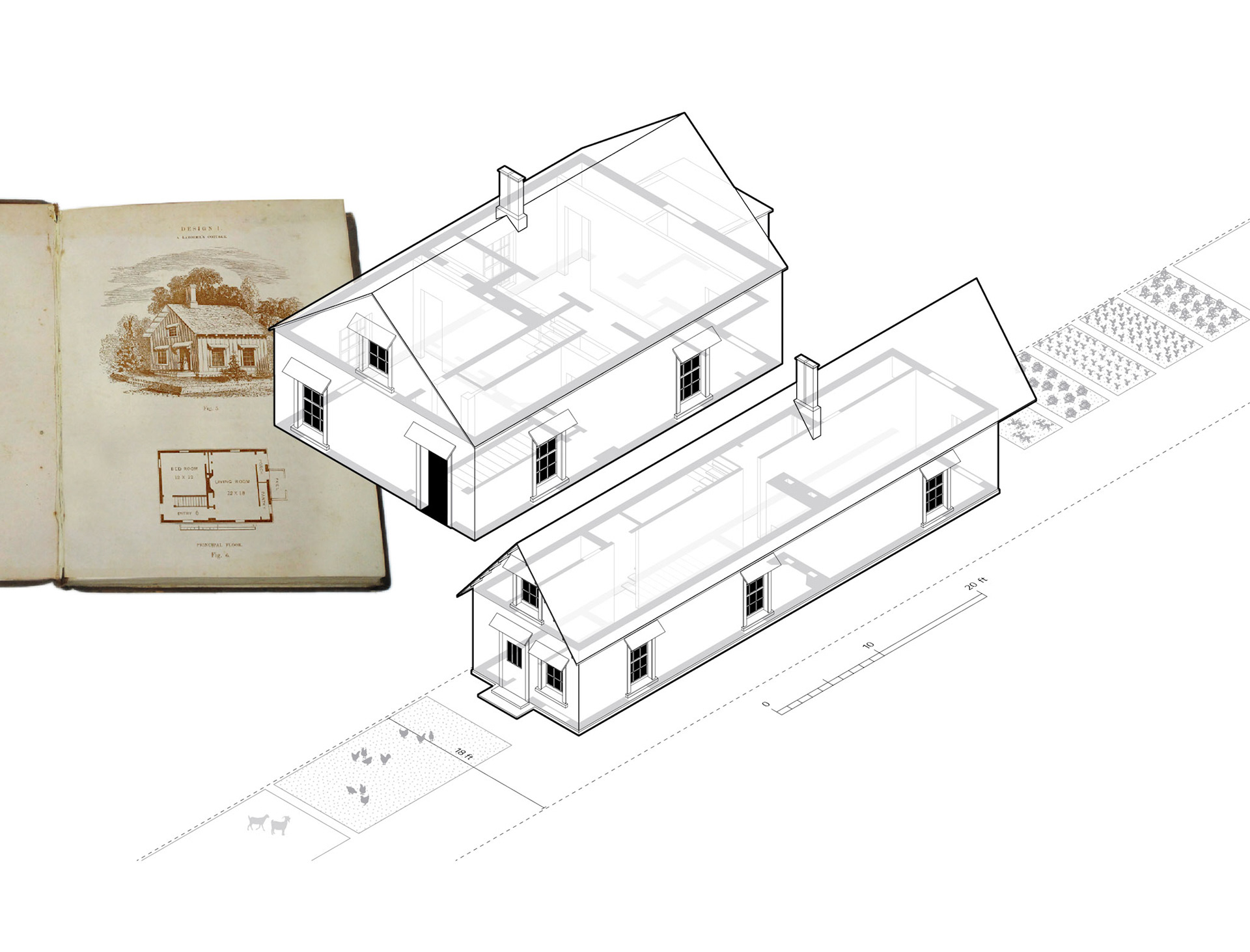 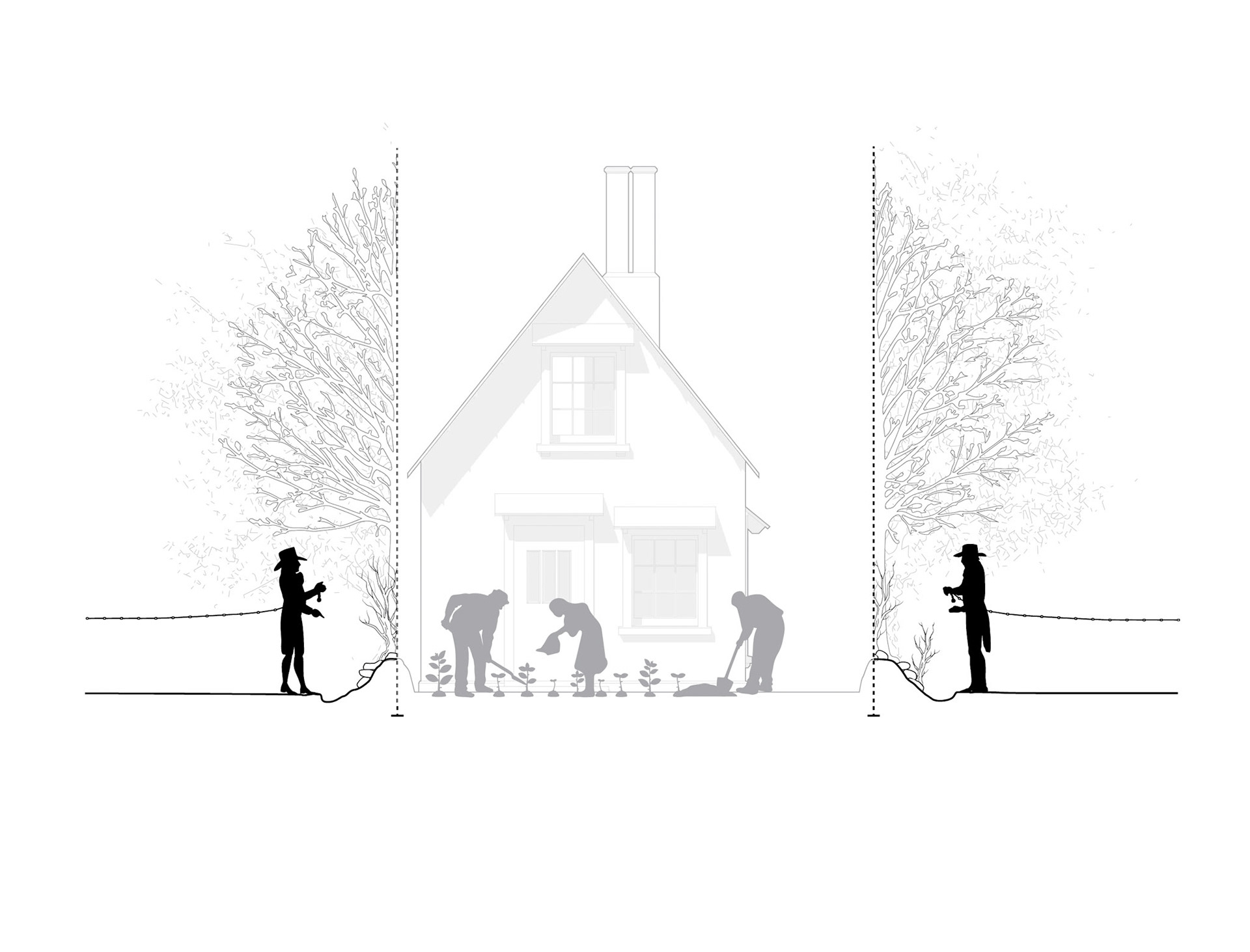