The body of water named Crane Lake was built in the mid-1970s. This celebrated reclamation and habitat area was a mistake. Originally the site was to serve as a tailings pond but the early earth moving operations of Suncor Energy, Inc. mistakenly cased a filling of the embankments with fresh water. This impounded body of water was isolated from the Athabasca River and from the surrounding bituminous sands operations. As Suncor expanded their operations and cleared more land for extraction the site of this defunct tailings pond was used to stockpile overburden.
"Overburden" is the unflattering name given to the material that lies above the bitumen deposits and which must be cleared before the economically valuable resource can be accessed. For much of the Athabasca bituminous sands region the so called overburden waste material is biologically rich muskeg. Left largely untouched the muskeg and fresh water stored at Crane Lake have revegetated on their own. Today the artificial lake is an oasis surrounded by toxic tailings ponds and the enormous pet coke capped Pond 5.
The name Crane Lake was given to acknowledge the site as a bird habitat, with the Sandhill Crane being the lake’s namesake. The site was opened to the public in 1994 and in 2006 received improvements. Interpretive signage was added to educate guests on Suncor’s reclamation techniques. A few years later Suncor made a more significant investment in the wellbeing of birds. 2008 brought an investment of $1.5 million from the Suncor Energy Foundation in Ducks Unlimited Canada (DUC). Of course 2008 was also the year Syncrude Canada Ltd. was ordered to pay $3 million for the death of 1,606 birds. A few years later in 2010 when 550 birds died no charges were laid.
Proposed in the following pages is a radial array of artificial bird perches. As one of the only safe lakes in the area, the design  intent is to make as much nesting habitat as possible. Precedent is found at Pond One (Wapisiw Lookout) where steel poles were set into the landscape. The strategy at this site is to conflate artificial and natural, using aluminum poles in a geometric pattern to create instant habitat. The durability of the material allows for the poles to be moved to other reclamation sites in the future. 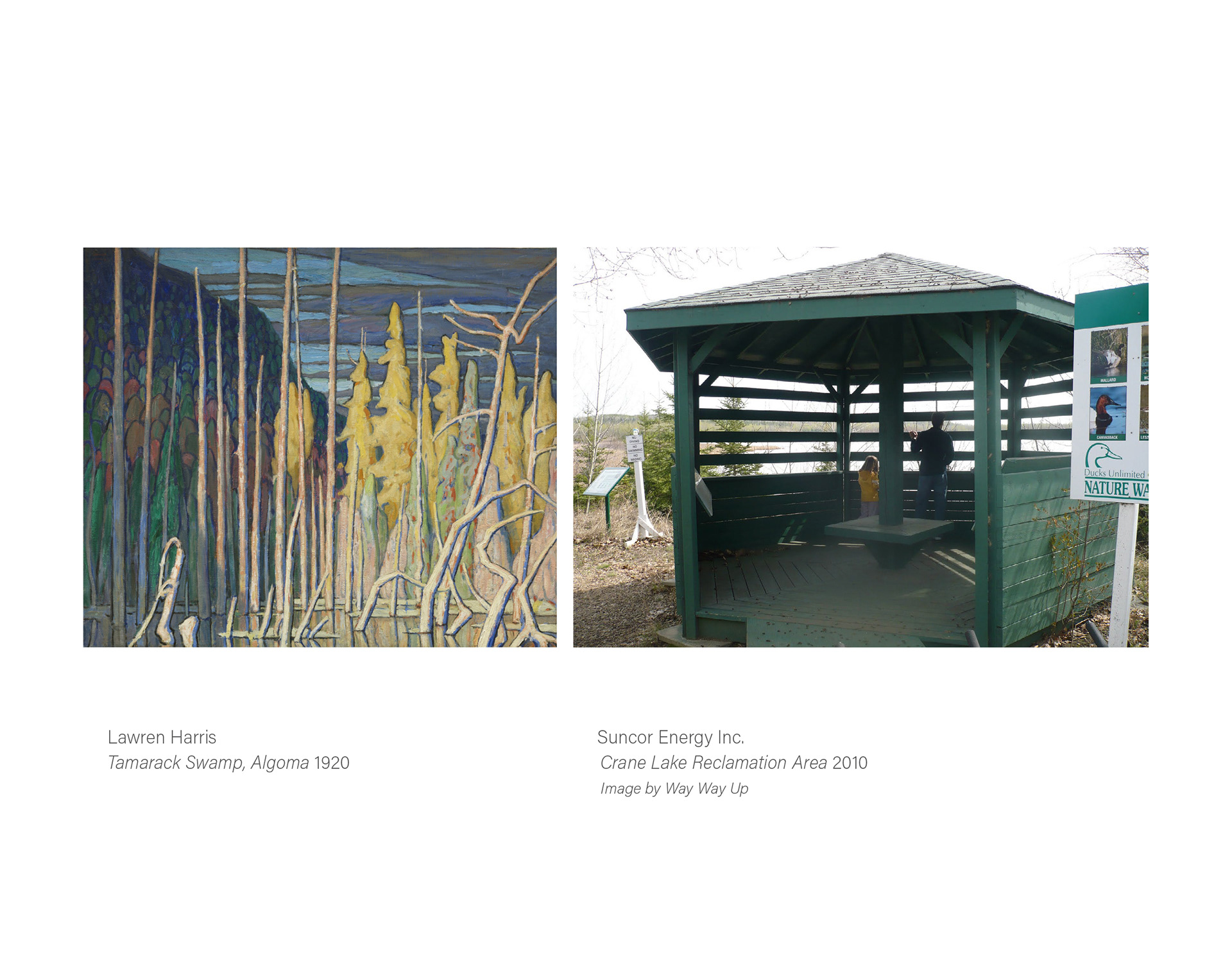 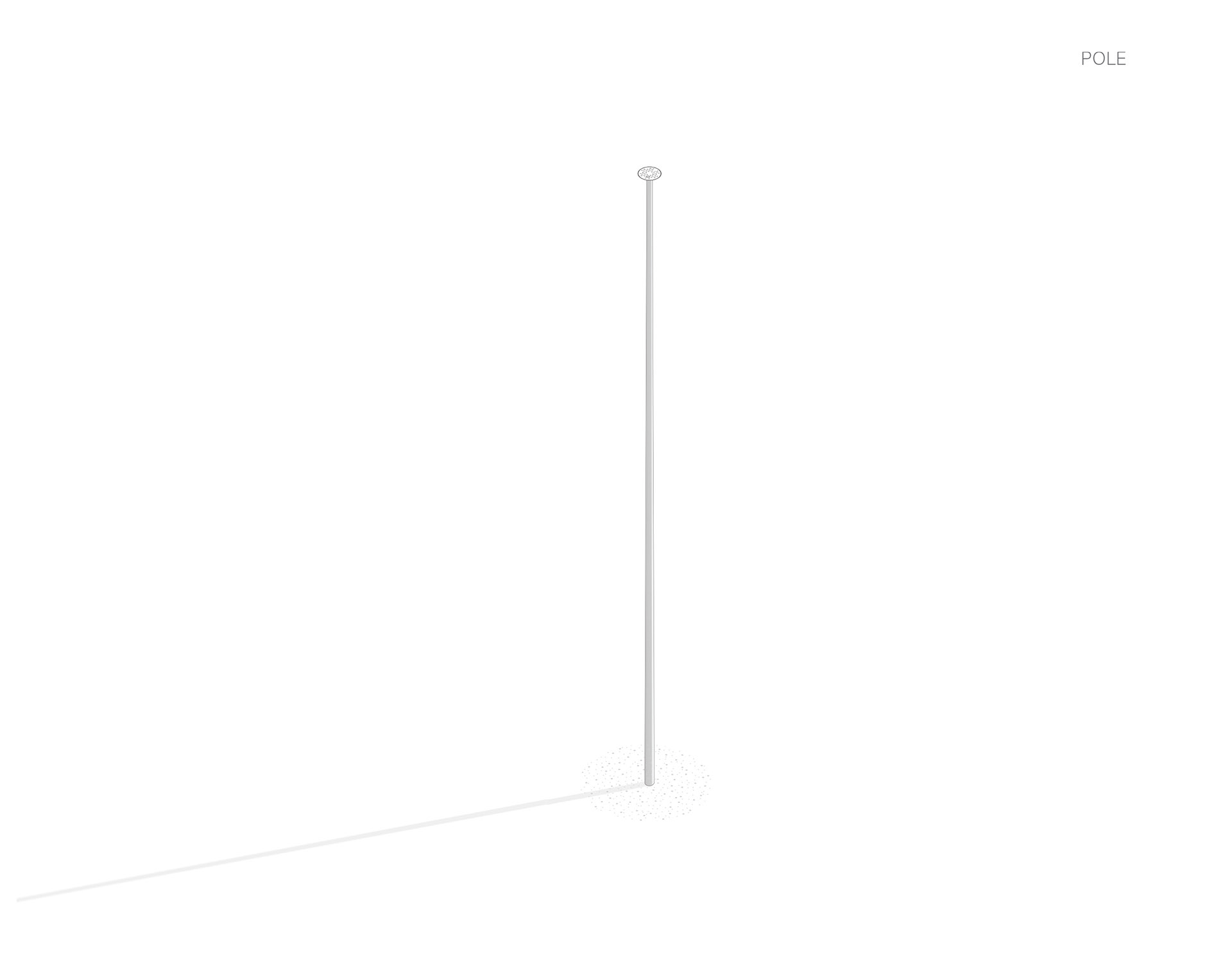 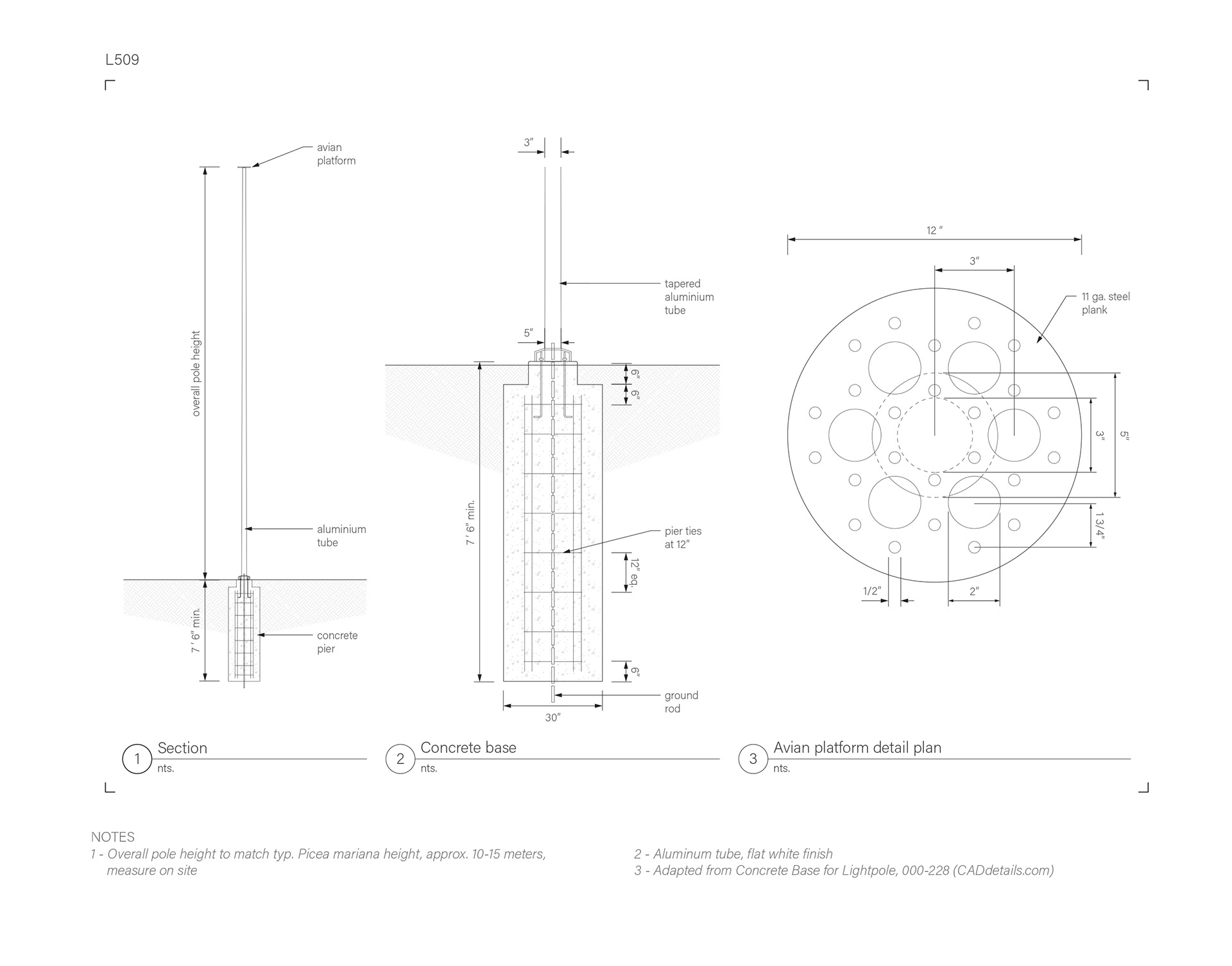