DESERT BLOOM
Project: The Softest Power
Herat, Afghanistan
Operation Desert Bloom is a landscape strategy to order, organize, and control Taraqi park’s perimeter. All vehicular circulation and associated program such as market stalls are kept outside of the park leaving the internal space visibly and physically open to all manner of large and small program activities. A continuous security gabion barrier is sunken to a comfortable 0.45-meter seat wall condition, producing a 9-meter passively irrigated and porous moat. Bandings of the existing pine trees throw shade on areas well suited for passing sunny Herat afternoons.
The proposed strong perimeter landscape surrounding Taraqi park clearly defines the space of the park from the urban surrounds. Functionally the two spaces are divided and this serves to intensify their identity and use. Specifically, while the urban program such as market stalls is compressed the natural environment of the park is opened on a grand scale. The interior space of the park is large enough to allow for privacy yet visible enough to ensure security and foster a sense of social connection and integration. Under the pine trees are spaces for sitting among the natural carpet of scented pine needles. 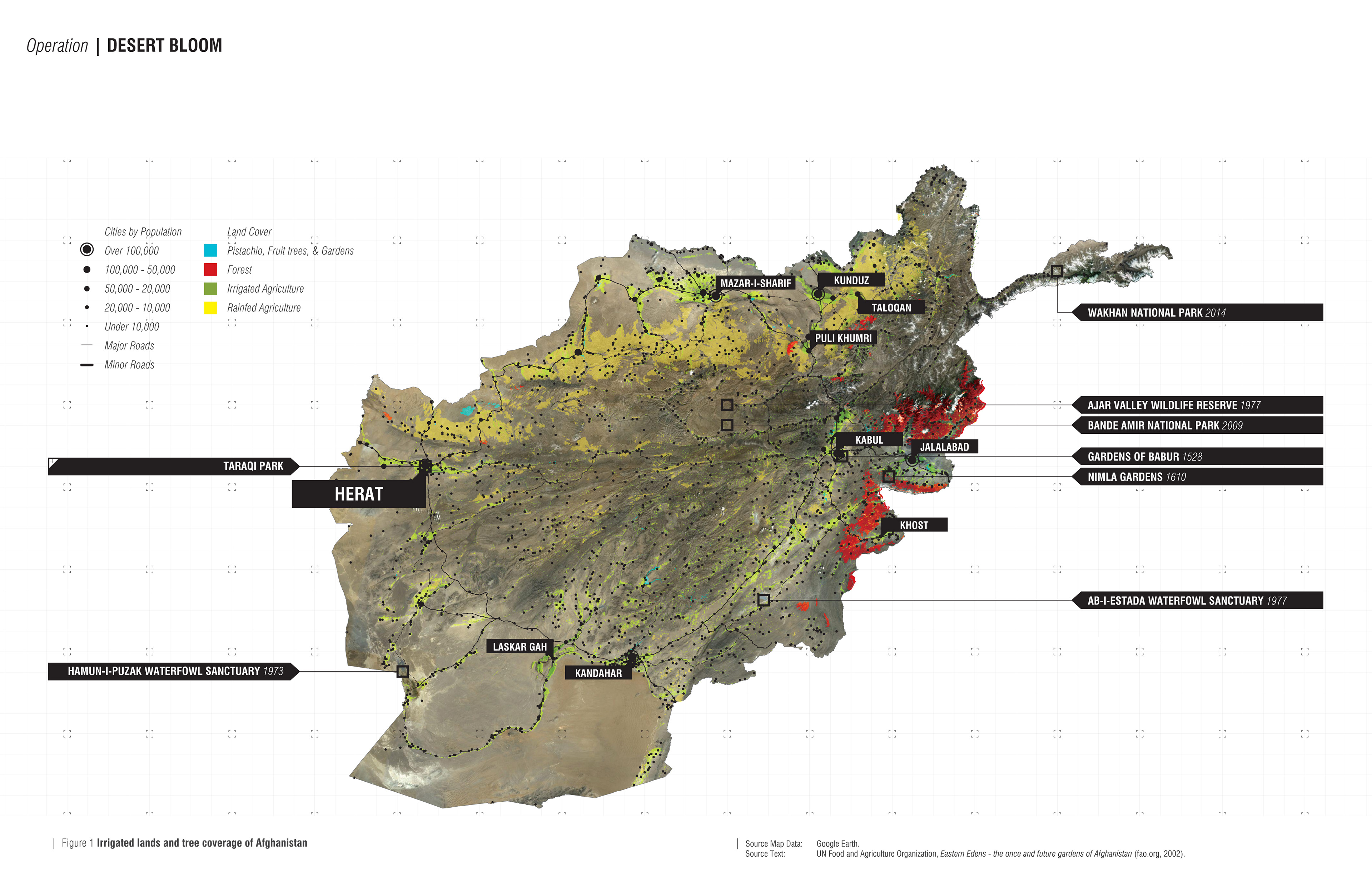 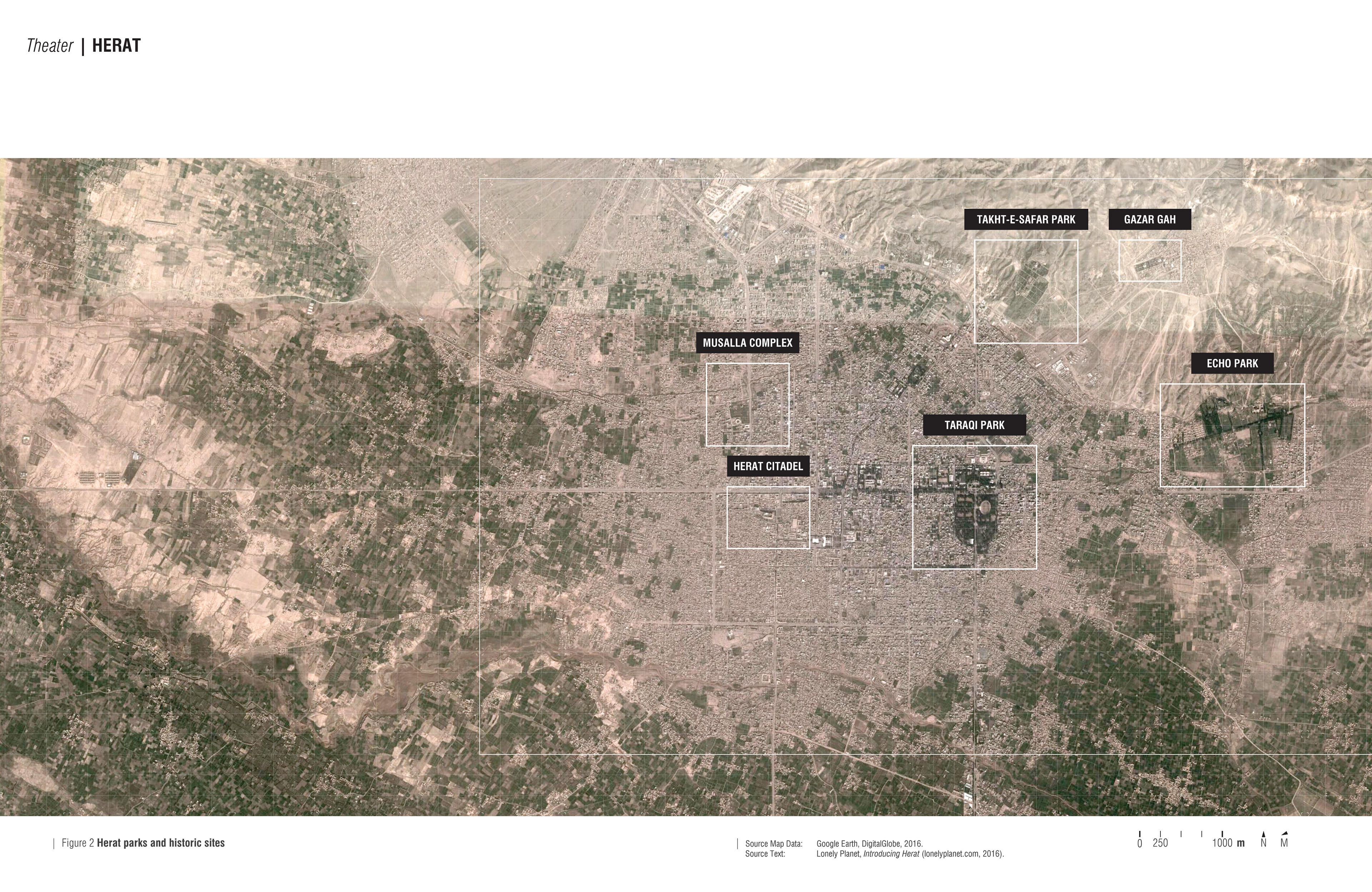 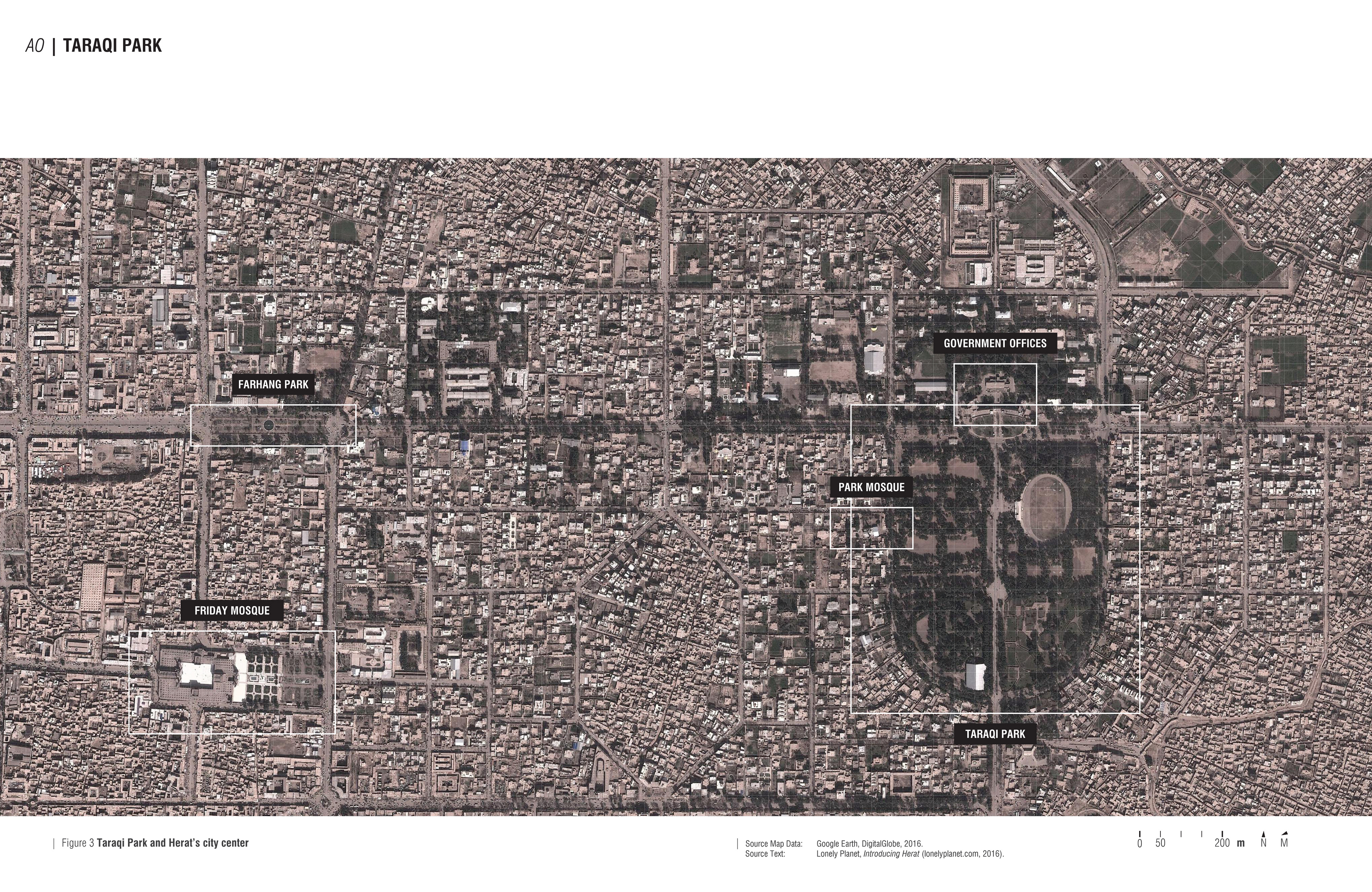 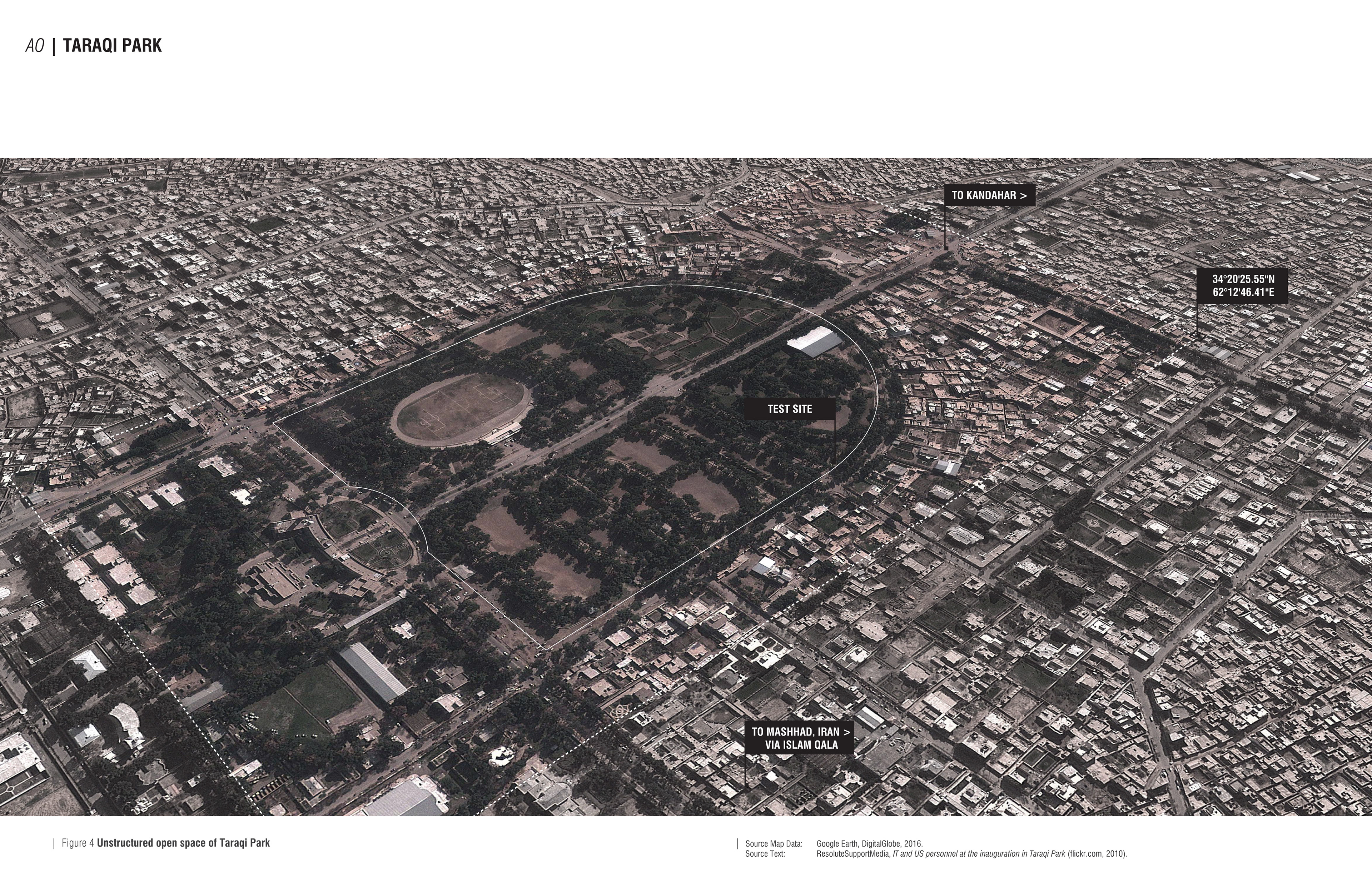 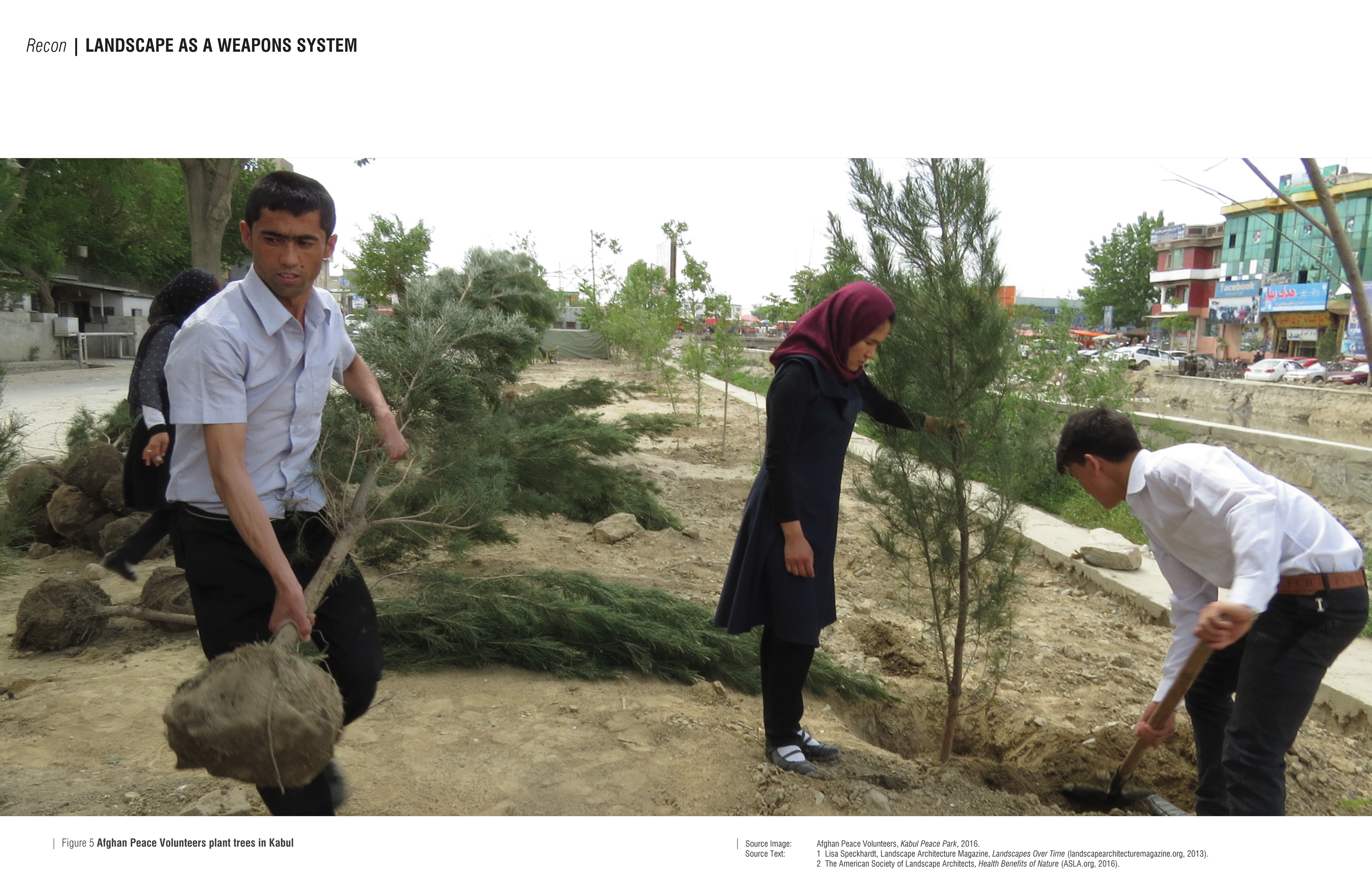 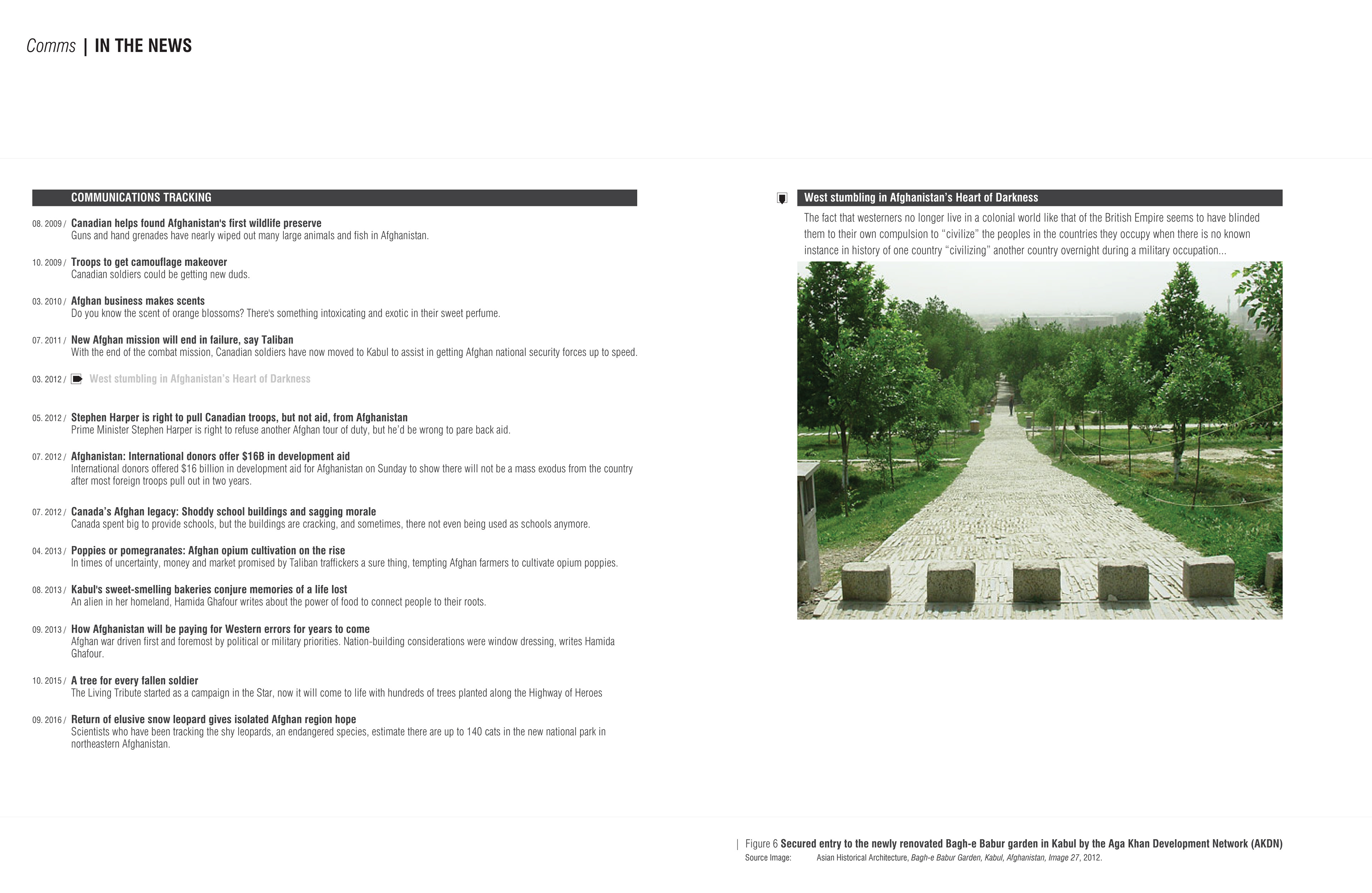 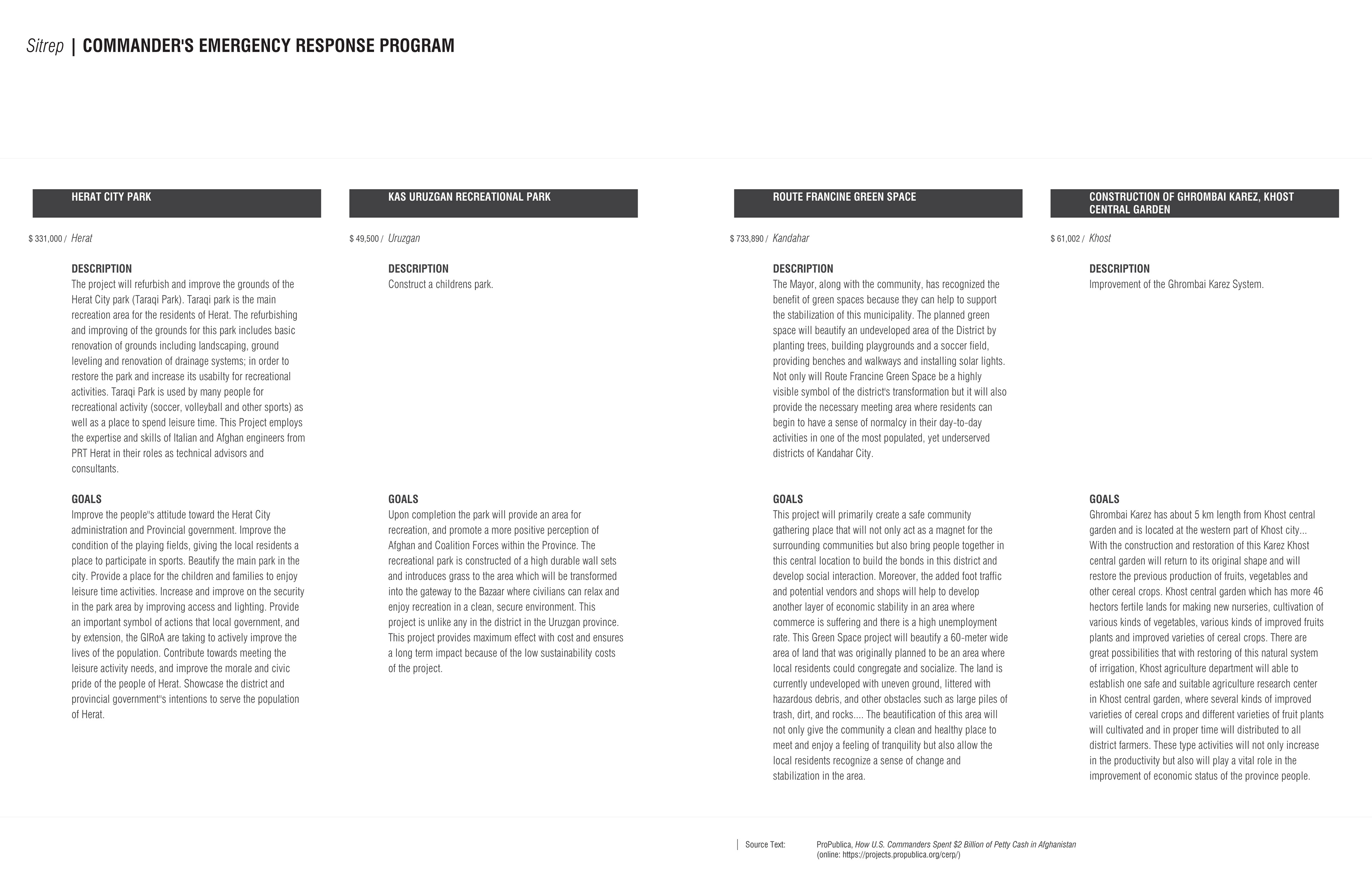 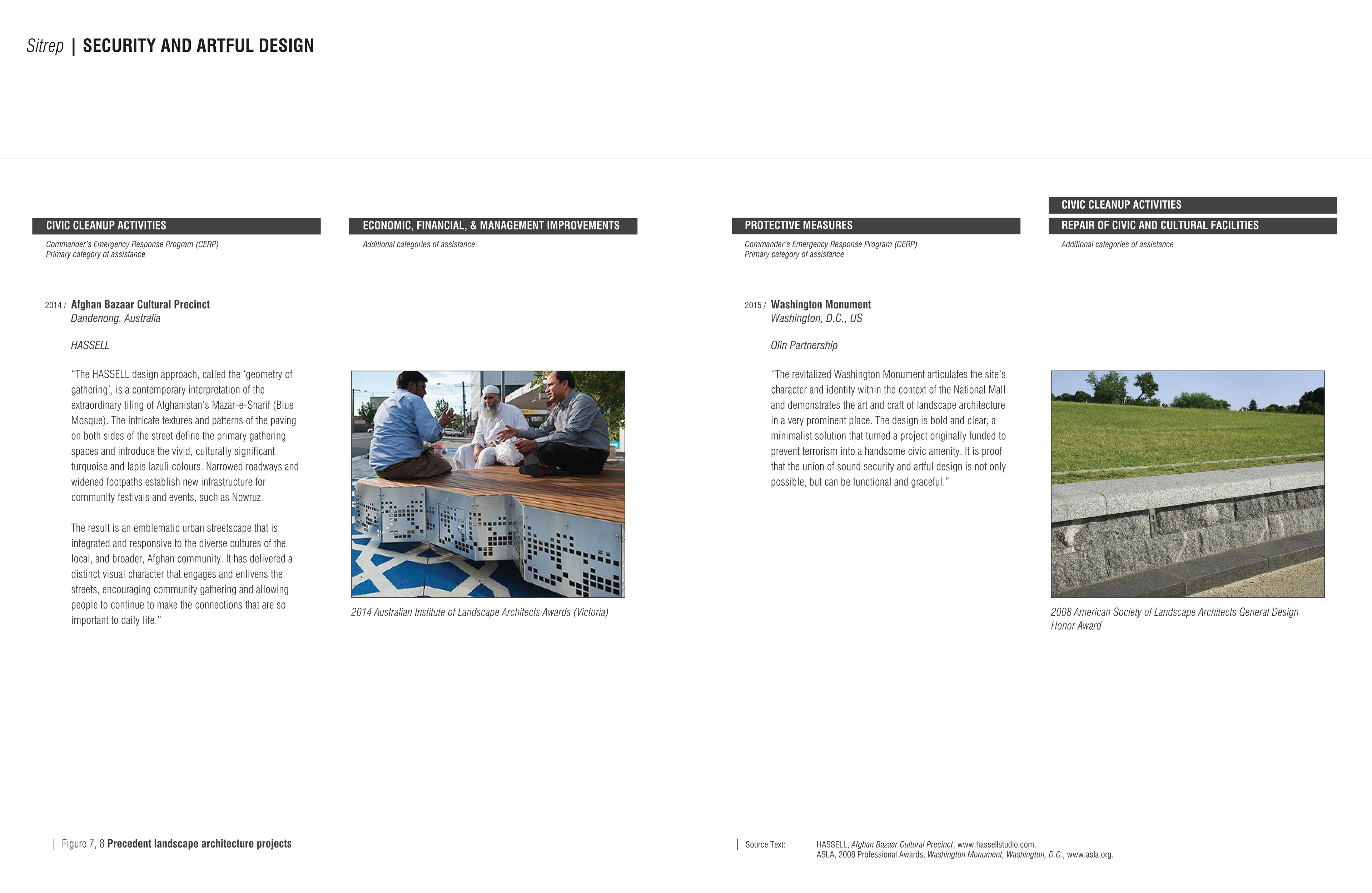 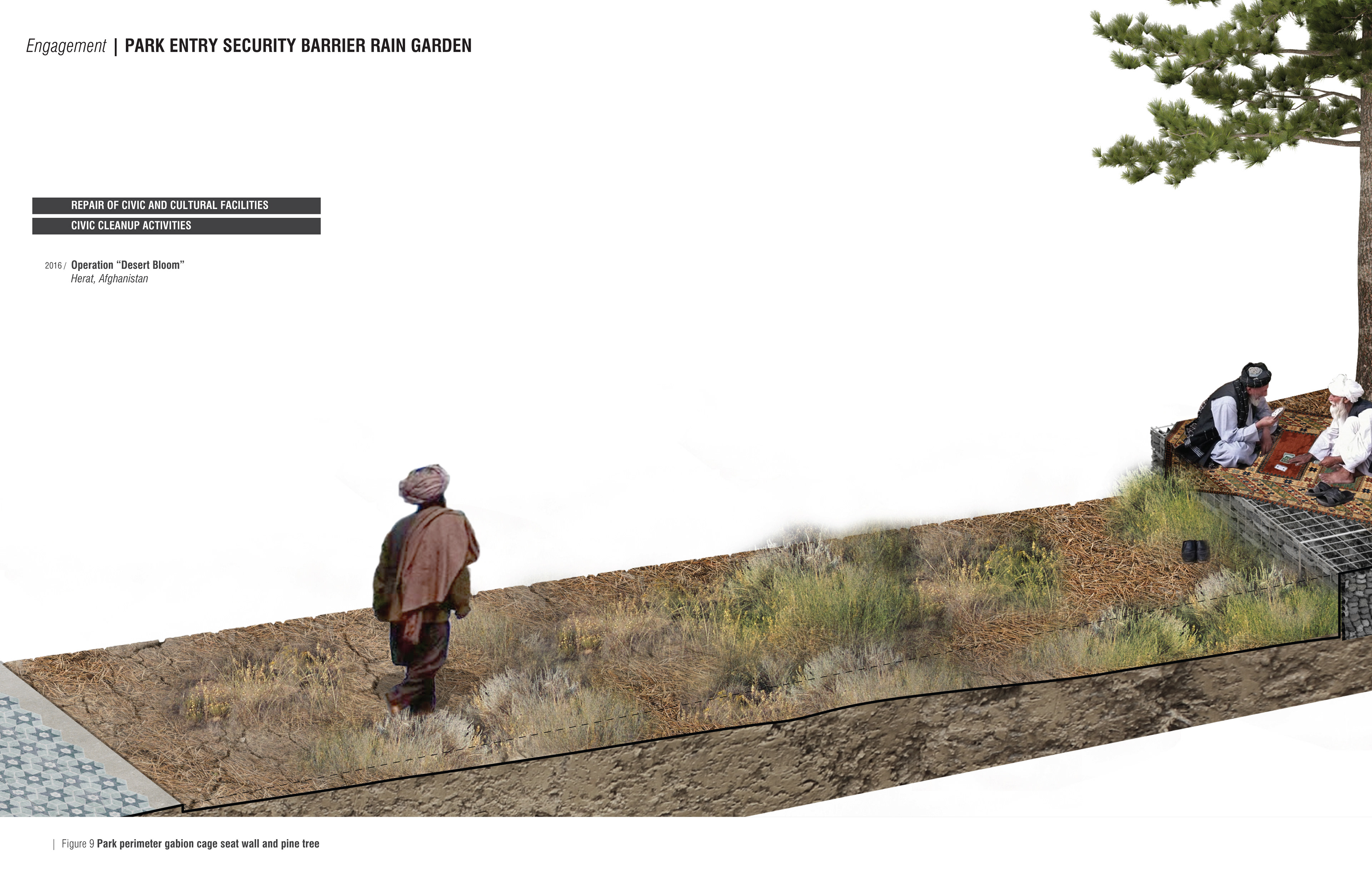 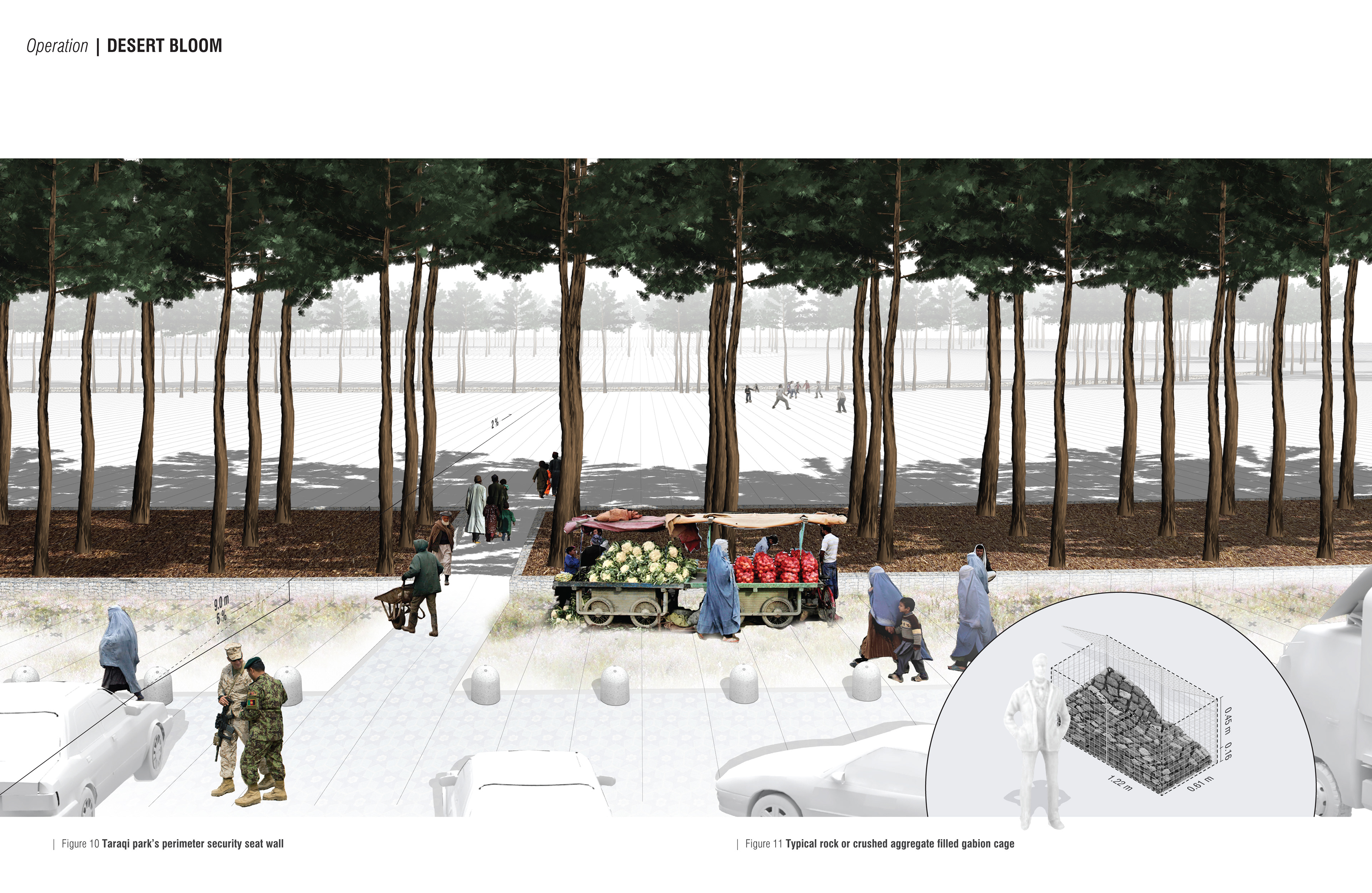