Frozen Landscapes, Liquid Networks
University of Waterloo
School of Architecture
ARCH393  Architecture IIII
Option Studio
Teaching Faculty: Fionn Byrne, Lola Sheppard (coordinator)
The physical infrastructures of the twentieth century – those of roads, rail, air, data, sewage, water, amongst others – have tended to operate as singular and independent systems. The infrastructure of the twenty-first century, if they are to respond to impending urgencies with respect to resources and climate change, must investigate efficiencies and symbiotic relationships; to the pairing of infrastructure and landscape, infrastructure and public amenities, infrastructure and architecture.
The studio took the Canadian North, a territory wrapped in mystery and folklore and yet central to Canadian identity and economy, as a site of investigation, and a provocation for projective models for the future of infrastructure, urbanism and architecture.
The studio looked at integrating or pairing infrastructure with other programs – energy, ecology, housing, defense, research and recreation, and public space. It is in these couplings that symbolic relationships emerge between urbanism and nature, between consumption and production.
The studio attributed new roles to the architect – not simply problem solver, but cultural, environmental, and spatial detective, bringing to light the forces (economic, cultural and environmental) at work within a giving geography and the physical networks at the service of these forces. The studio asked what the role of the architect today is, with the imminent need to mount large-scale, radical and often urgent responses to significant infrastructural and environmental challenges. 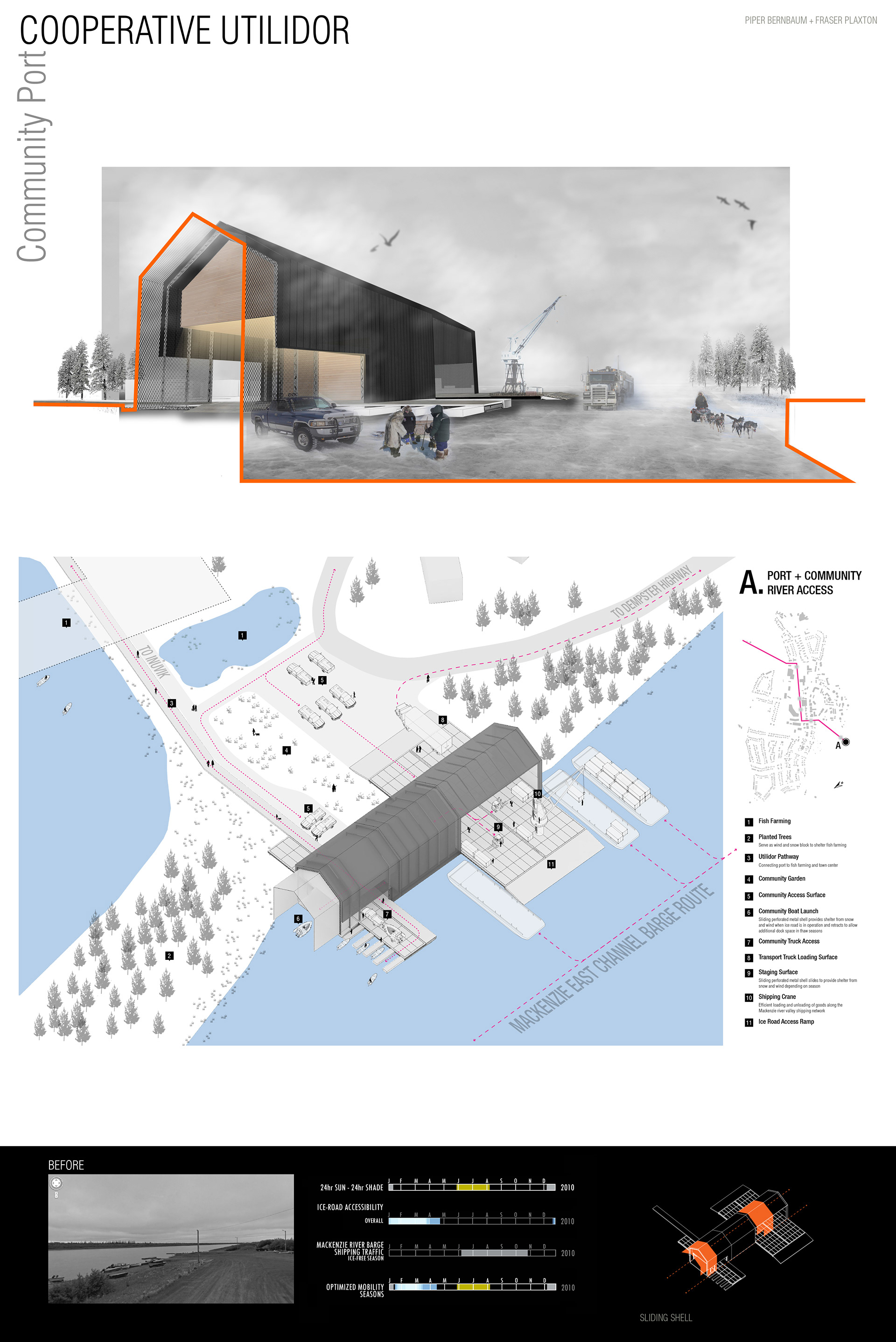 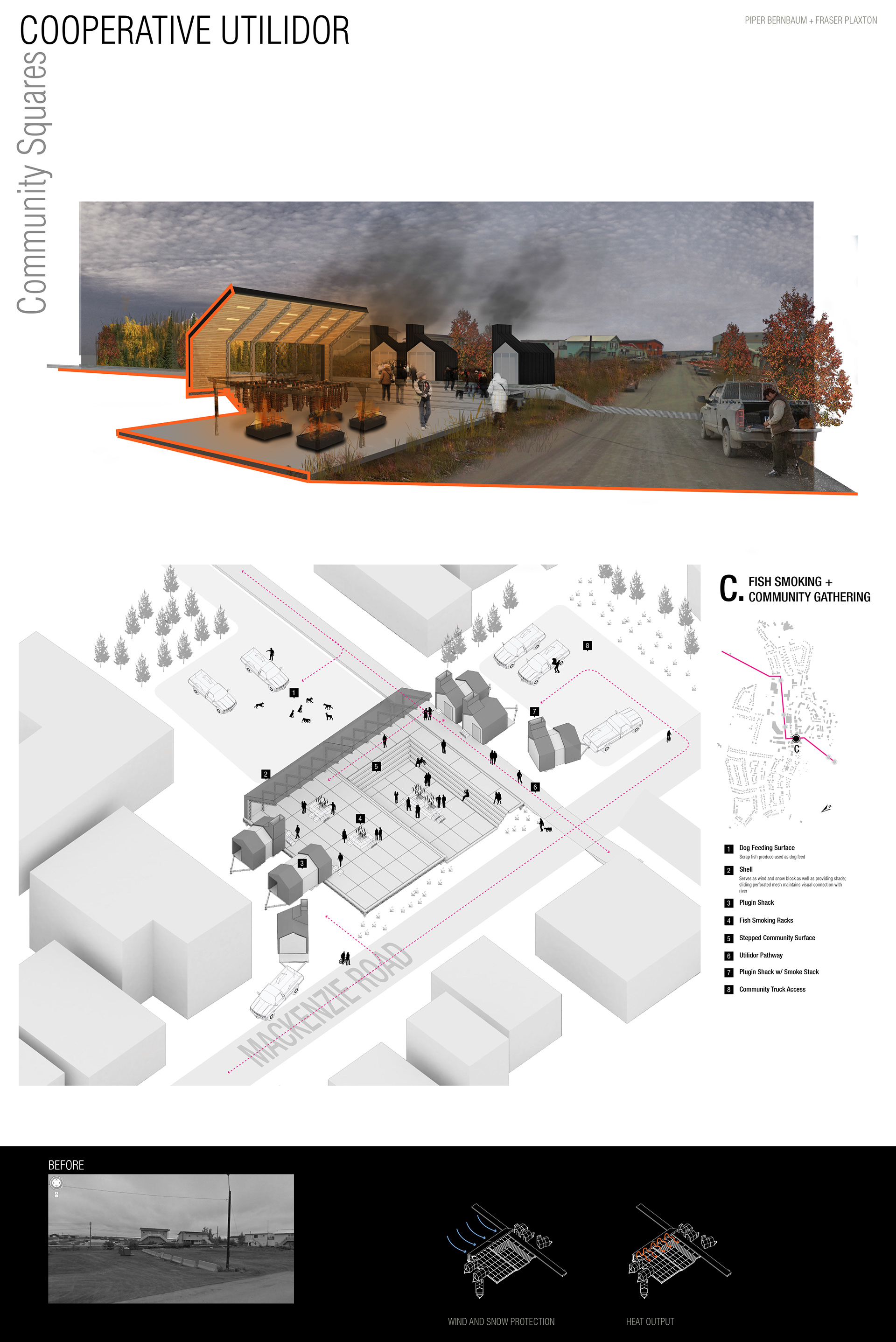 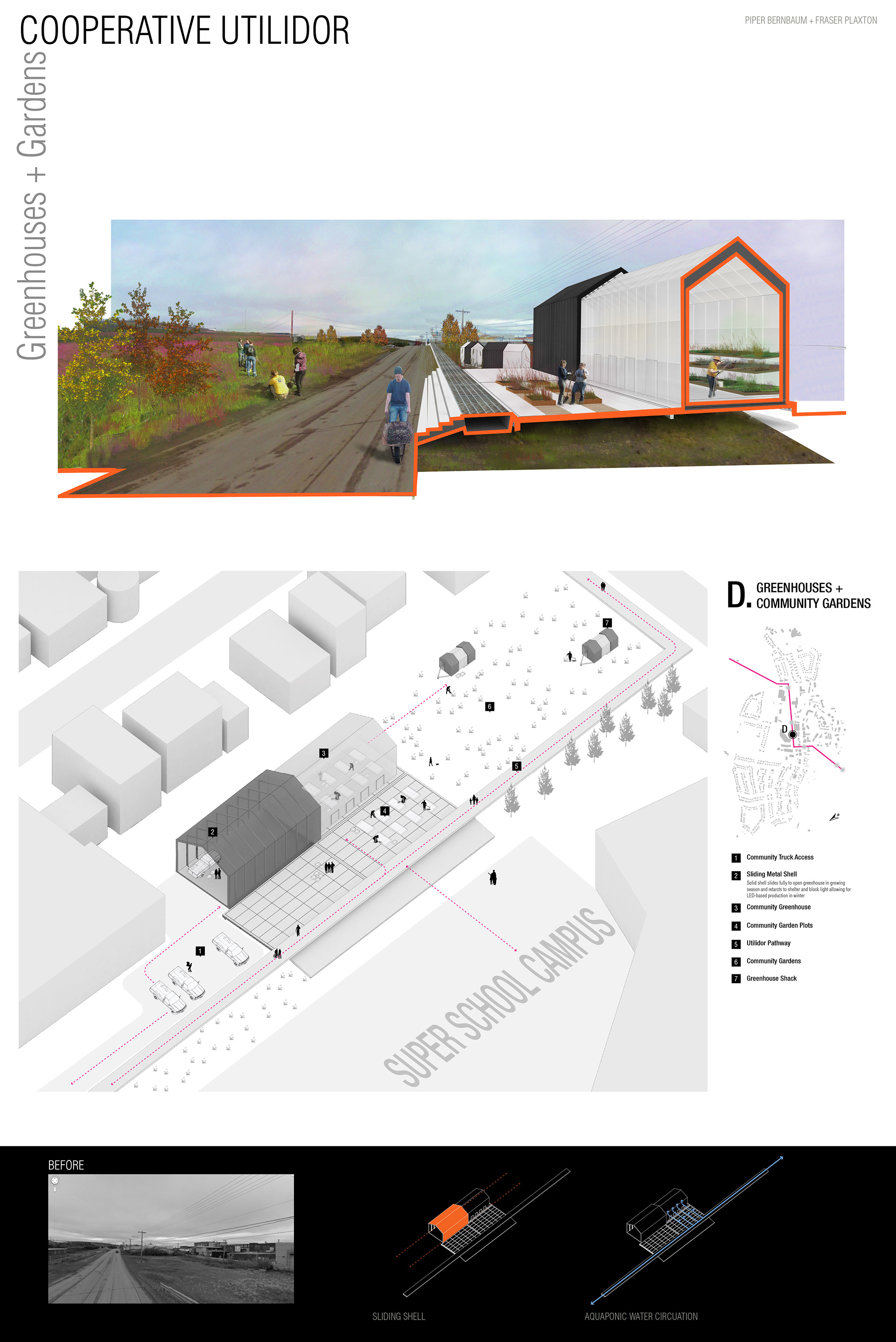 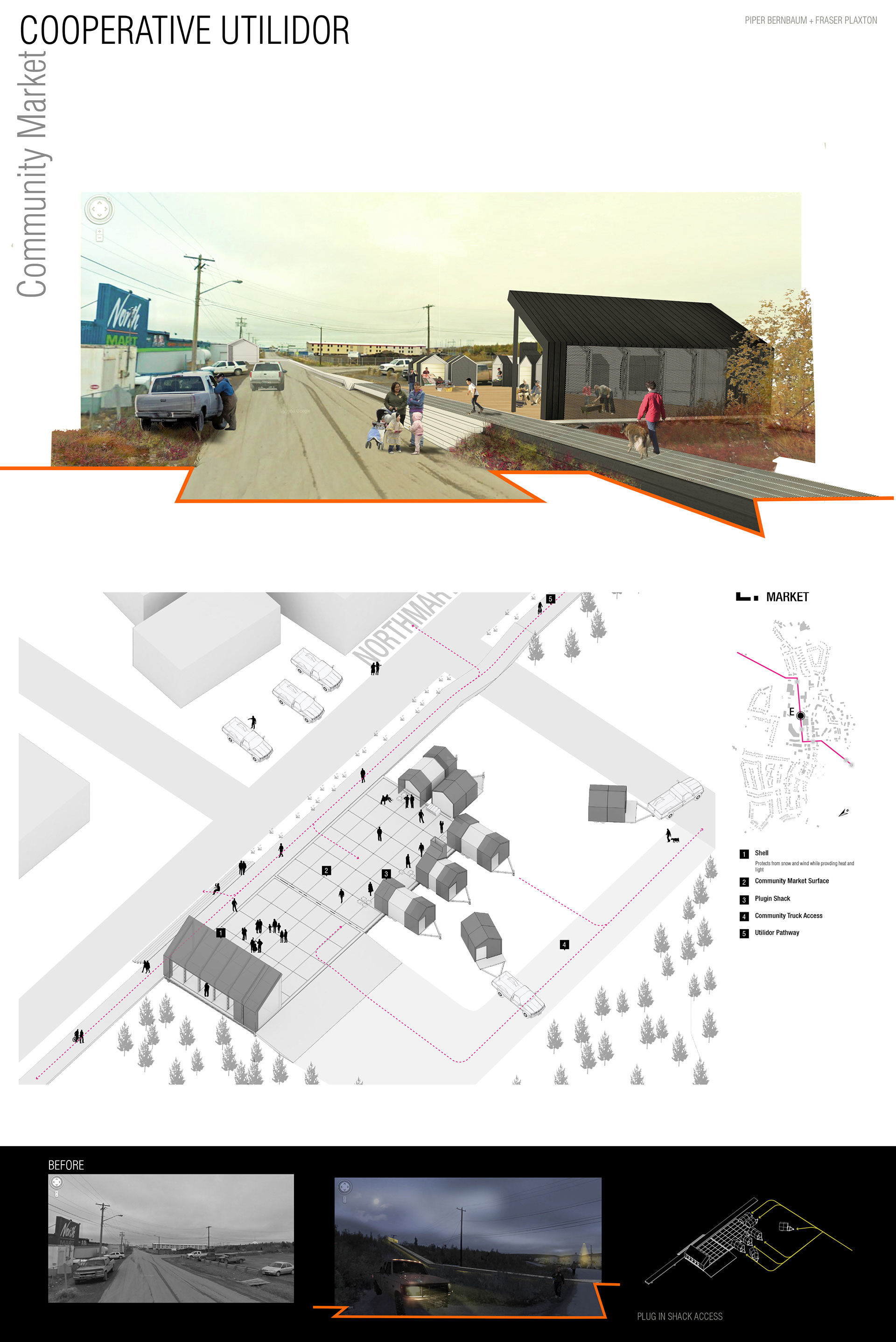 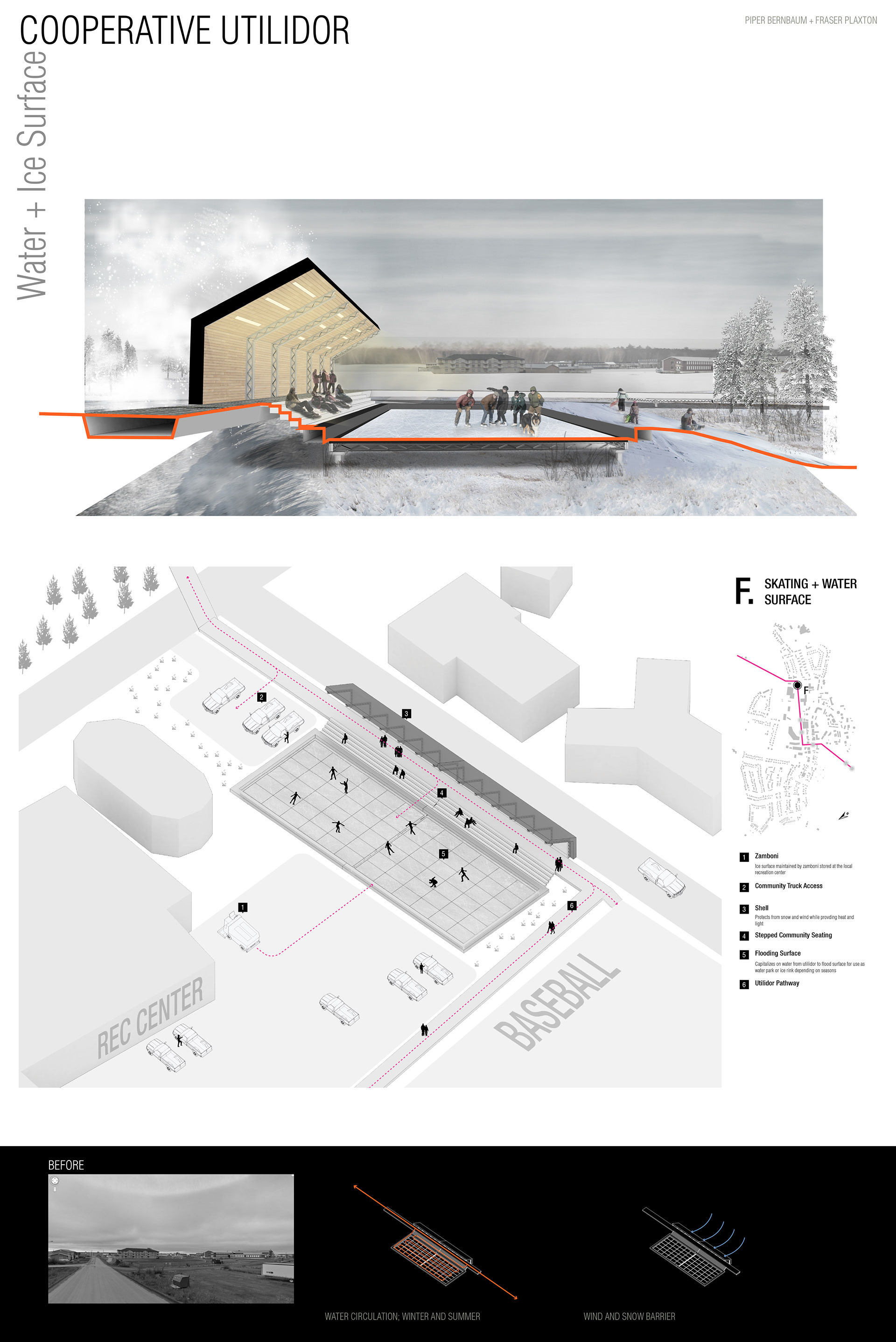 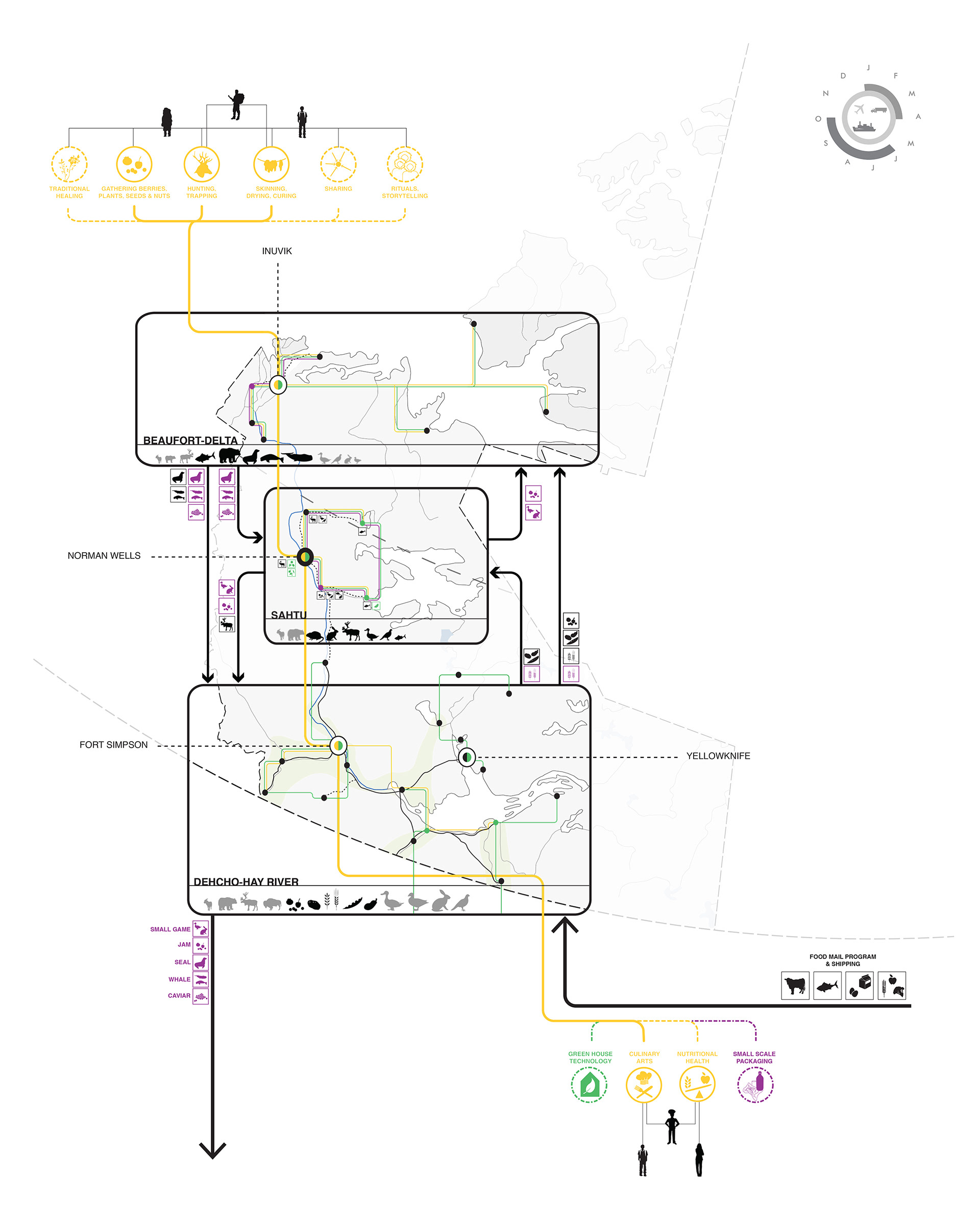 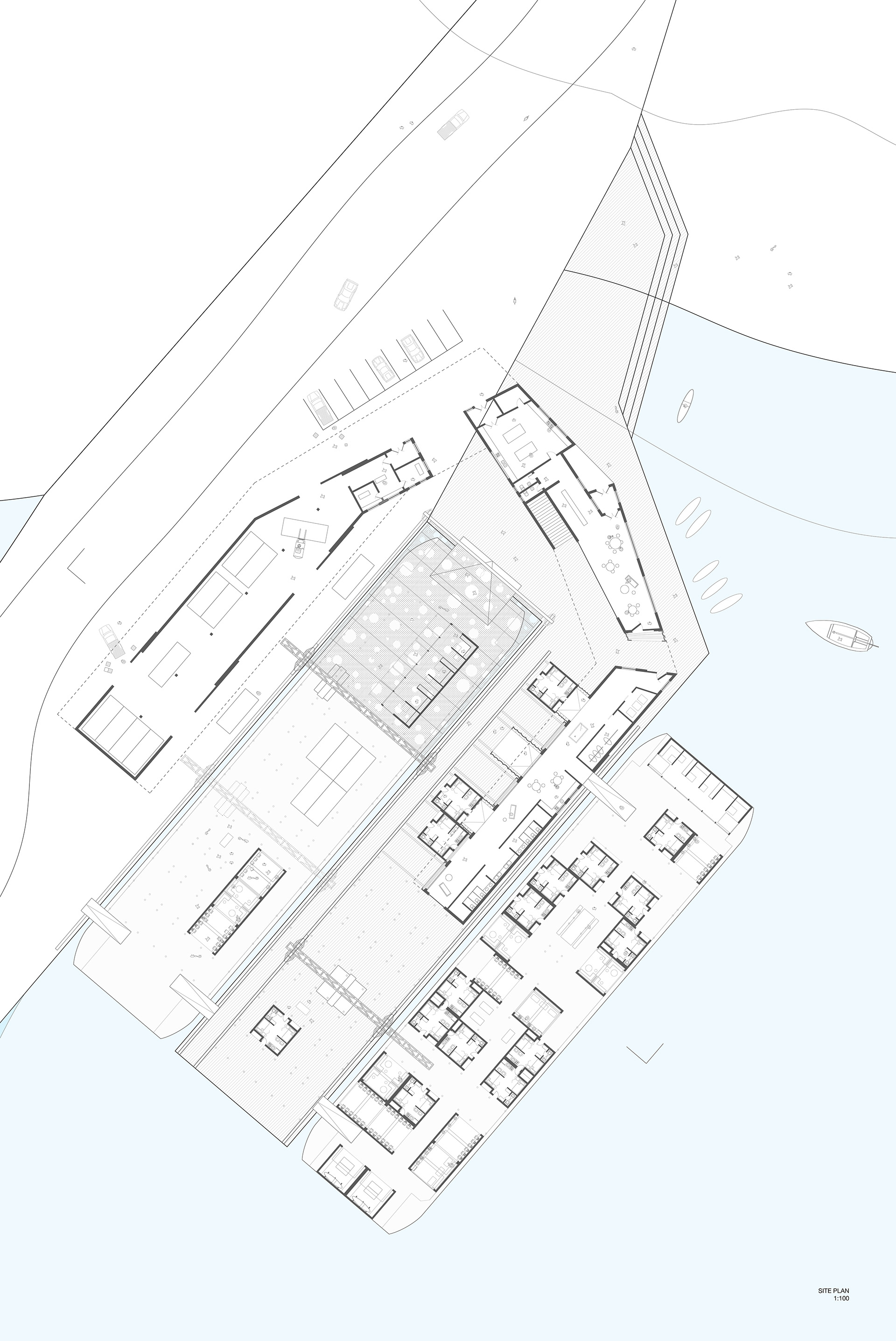 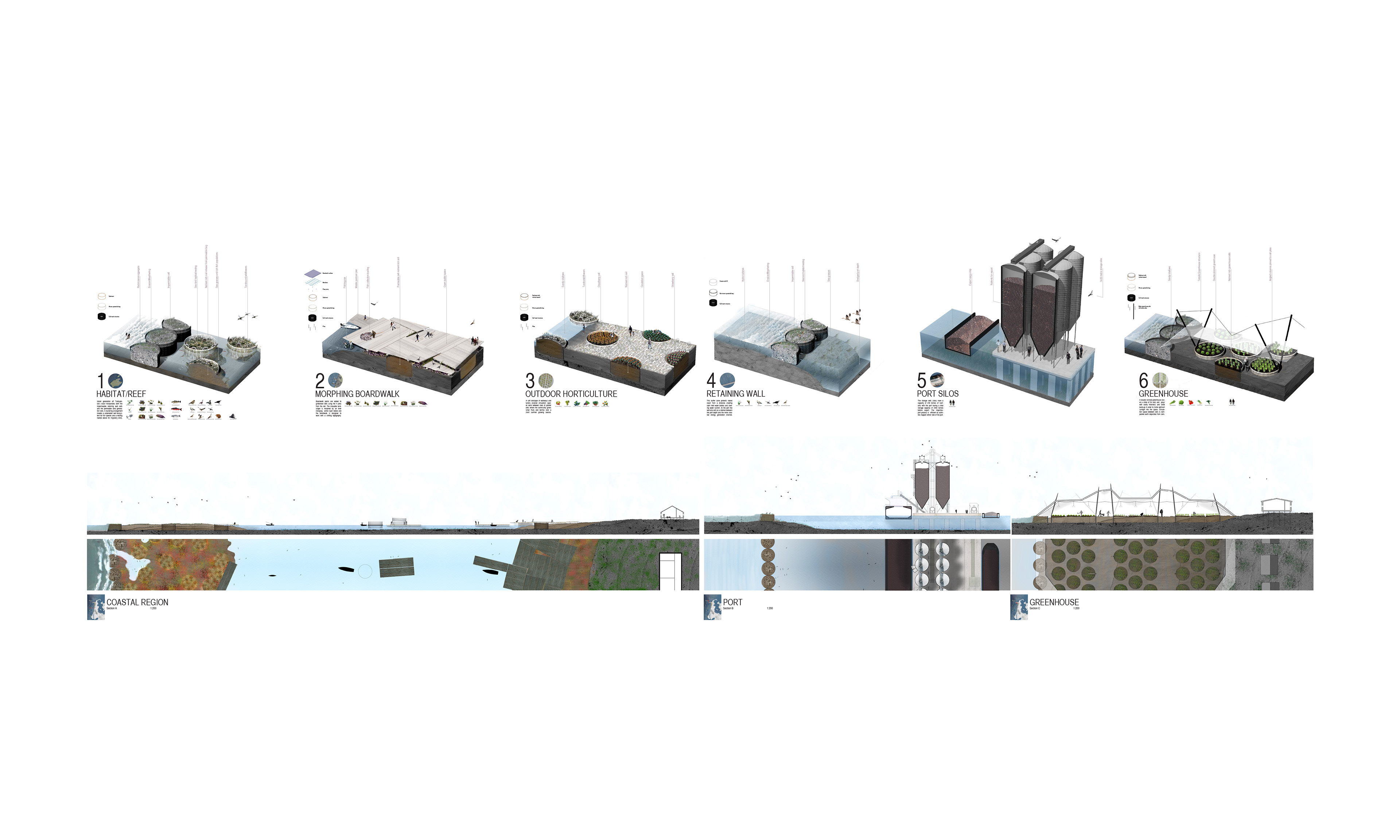 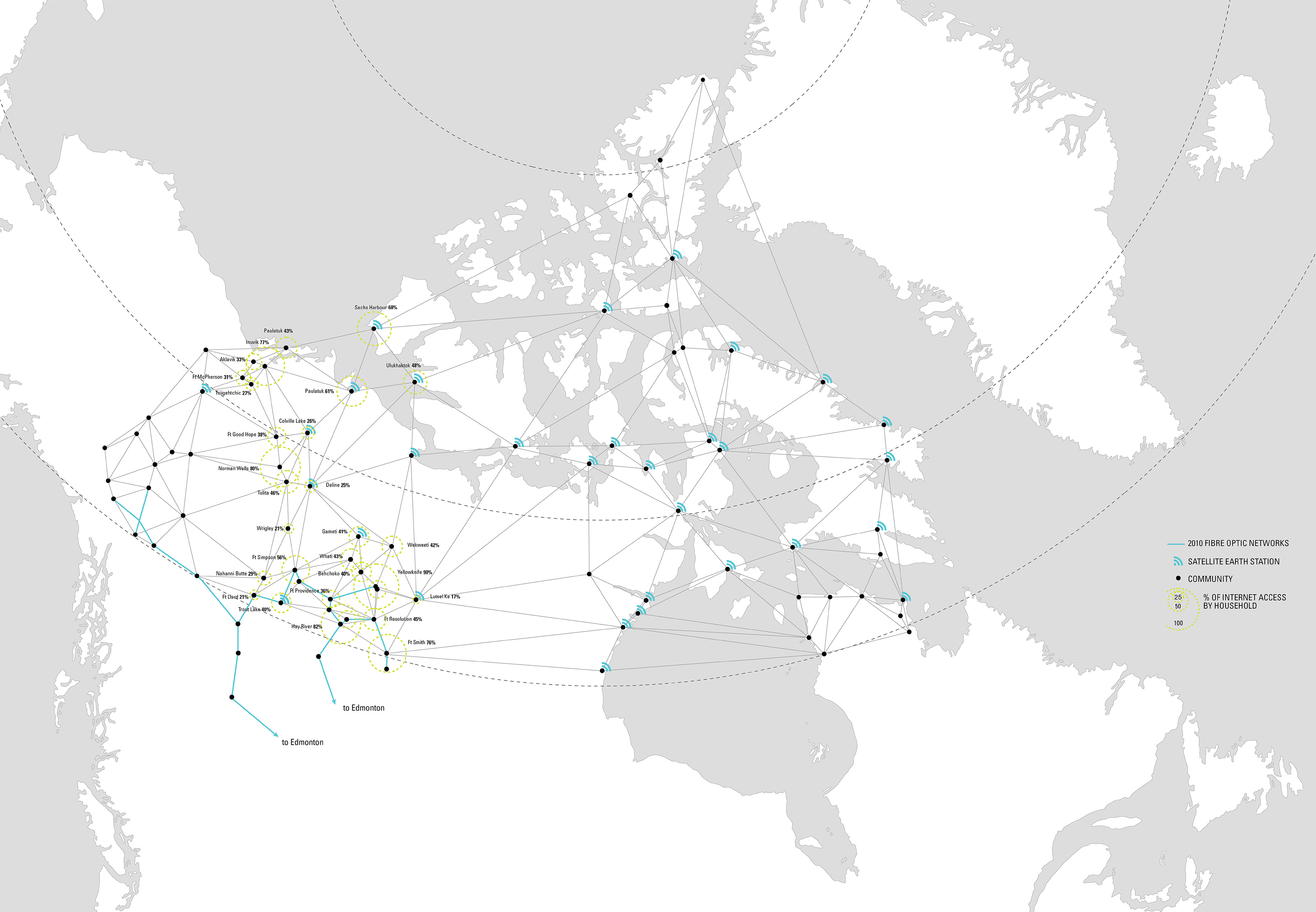 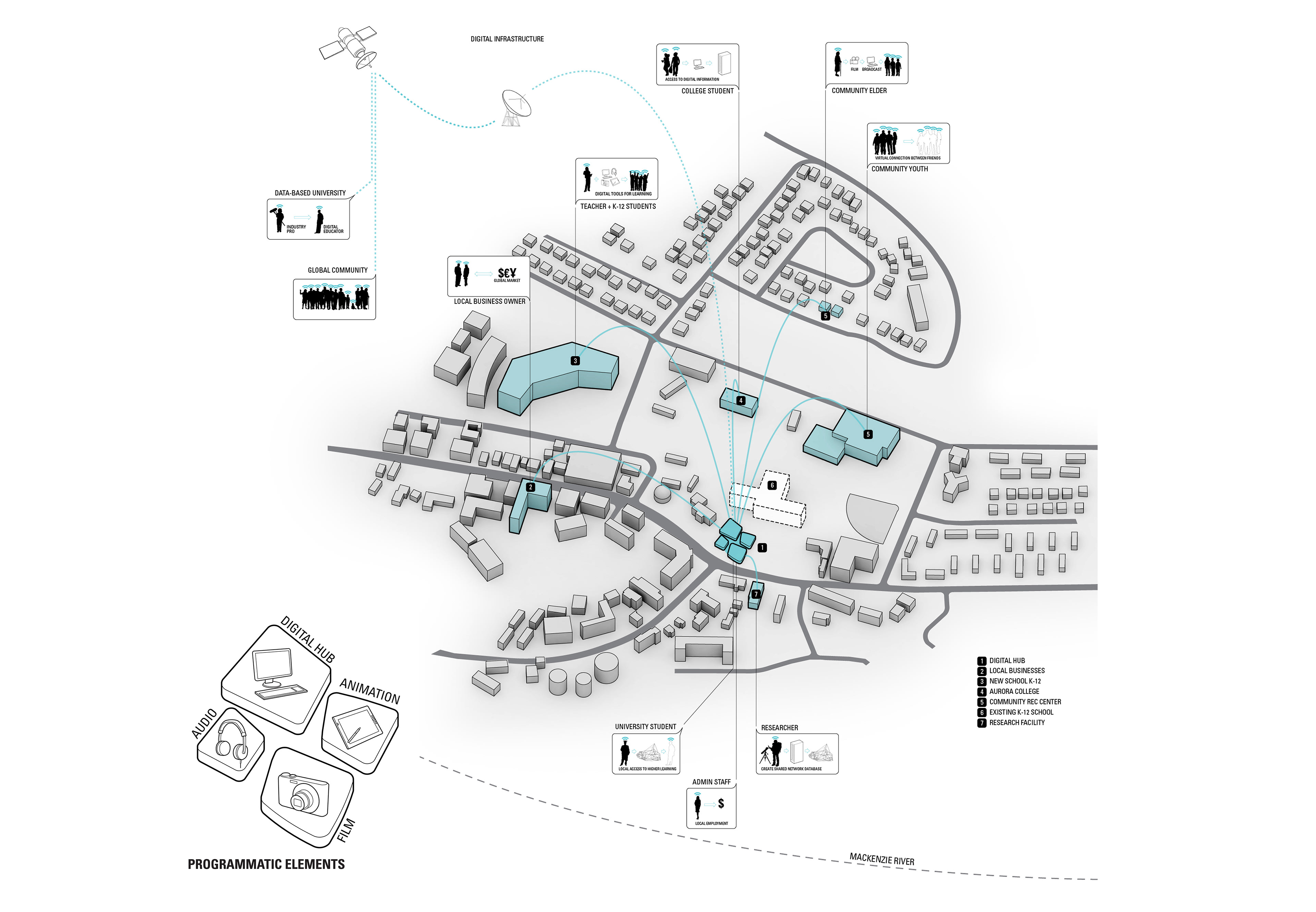 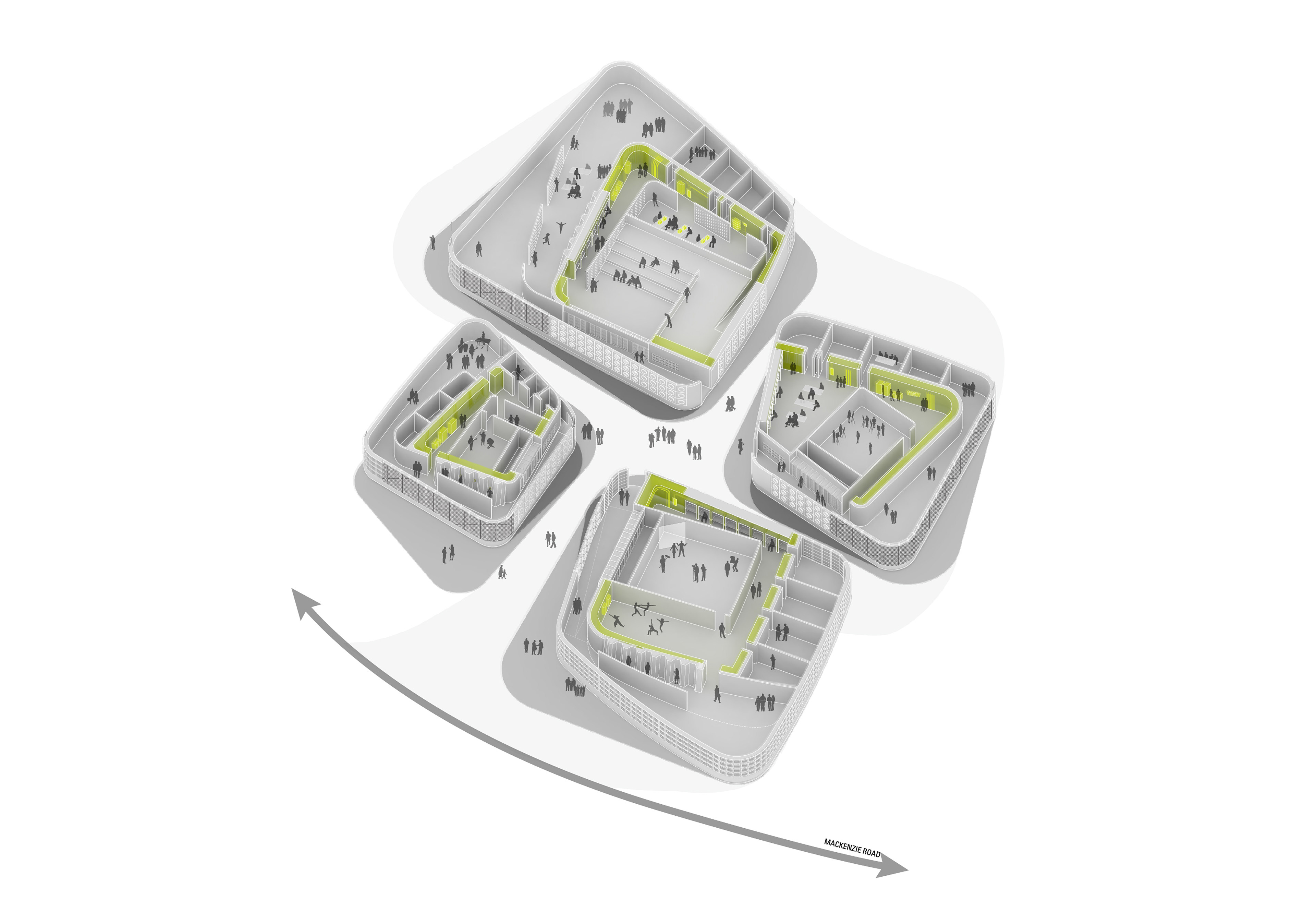