Giants of Mining
Project: Phantom Ecology
Bituminous Sands, Northern Alberta, Canada
On site at the Syncrude Canada Ltd. Giants of Mining Exhibit are two decommissioned machines. A bucketwheel reclaimer and a dragline. Syncrude Bucketwheel Reclaimer #2 was one of four constructed by the German firms of Friedrich Krupp AG and Orenstein & Koppel and assembled between 1977 and 1978 by the Bechtel Corporation. The scale of this machine is hard to imagine. While it requires only three operators, the average production rate is 6,150 tones per hour. For comparison the average US car weighs two tones. Or for a different comparison, Bucketwheel #2 moved close to the same volume of material that was excavated for the construction of the Panama Canal.
The other decommissioned machine at the Syncrude exhibit is a dragline – Dragline #2, BE 2570 “Discovery.” This machine was constructed by the American company Bucyrus International, Inc. Working in pairs, this dragline is one of four owned by  Syncrude that complimented the collection of bucketwheel reclaimers. The average production rate is a similar astonishing  6,500 tones per hour and up until it was decommissioned, Discovery is said to have moved 624 million tones of bituminous  sand, a near unfathomable one third more volume of material than was excavated for the construction of the Panama Canal.
The combined material moved by these two machines is approximately 1.064 billion tones. This unfathomable number is the product of only two decommissioned machines having operated in one mine for one company.
This site makes powerful use of the industrial sublime. The visitor is at this moment forced to consider humans as a geologic force. Our technology has allowed us to transform the surface of the earth on par with the action of plate tectonics – with volcanoes or earthquakes. The two machines impress in scale, proposed here is to simply neutralize the context within which the machines sit by adding a uniform level plinth. 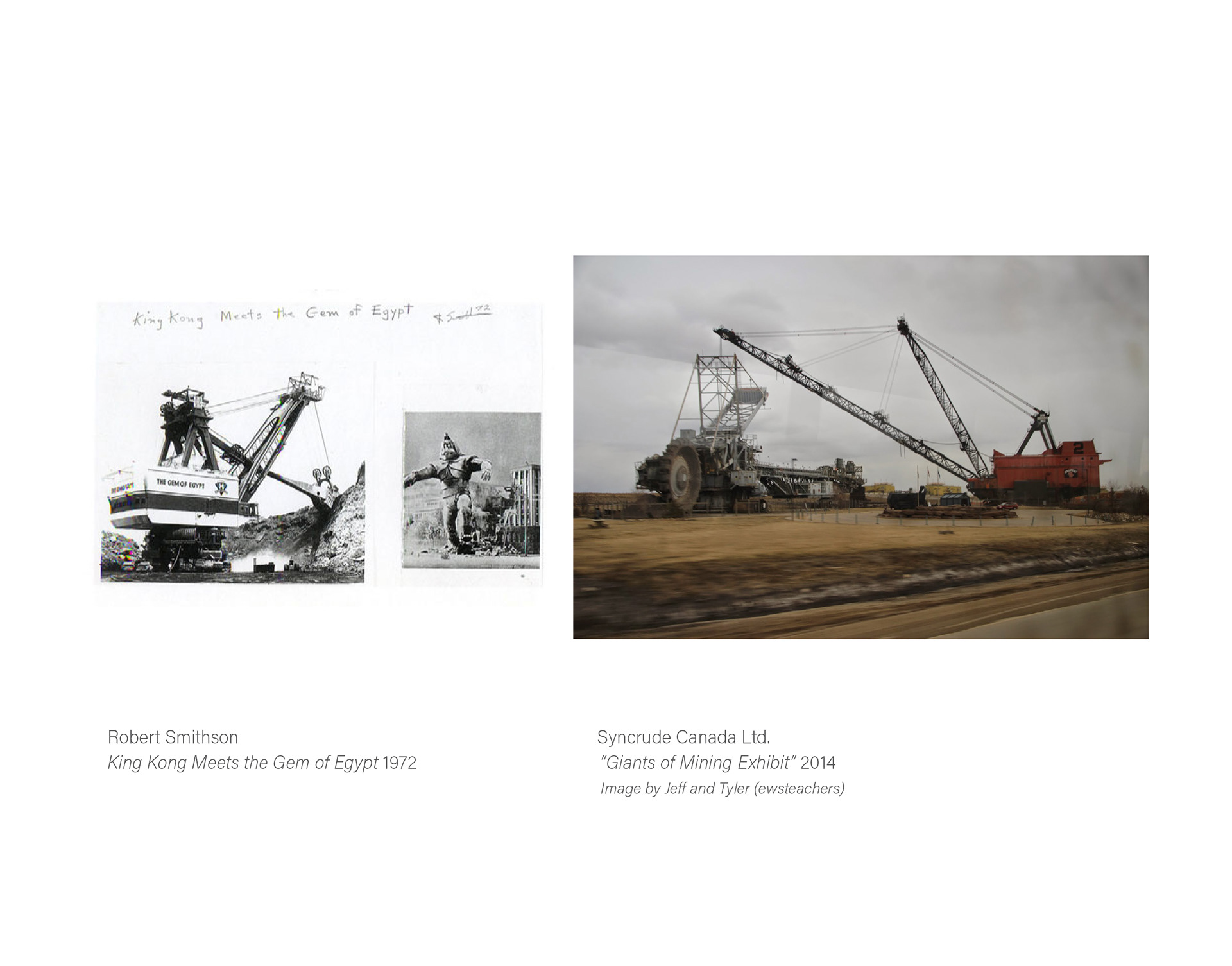 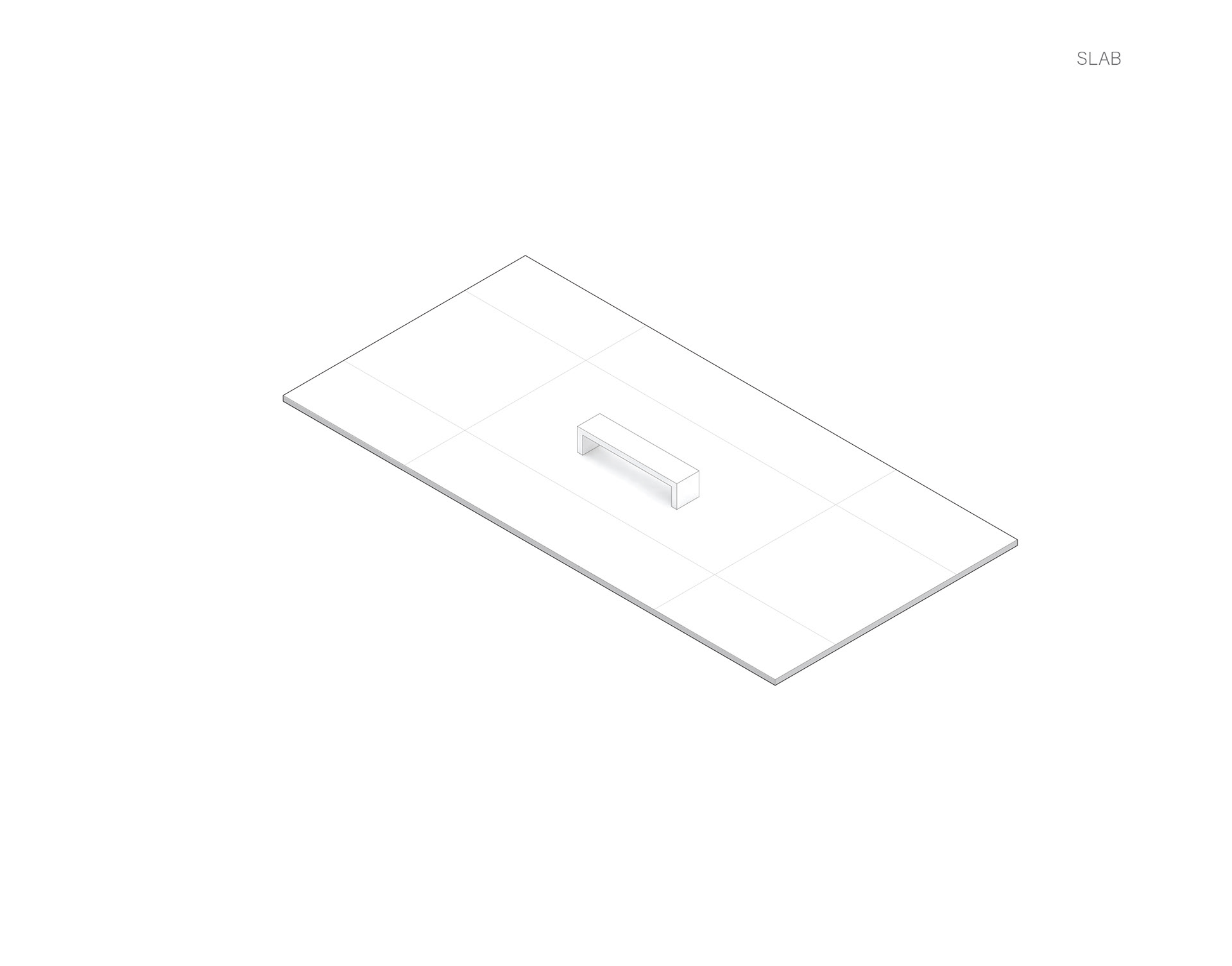 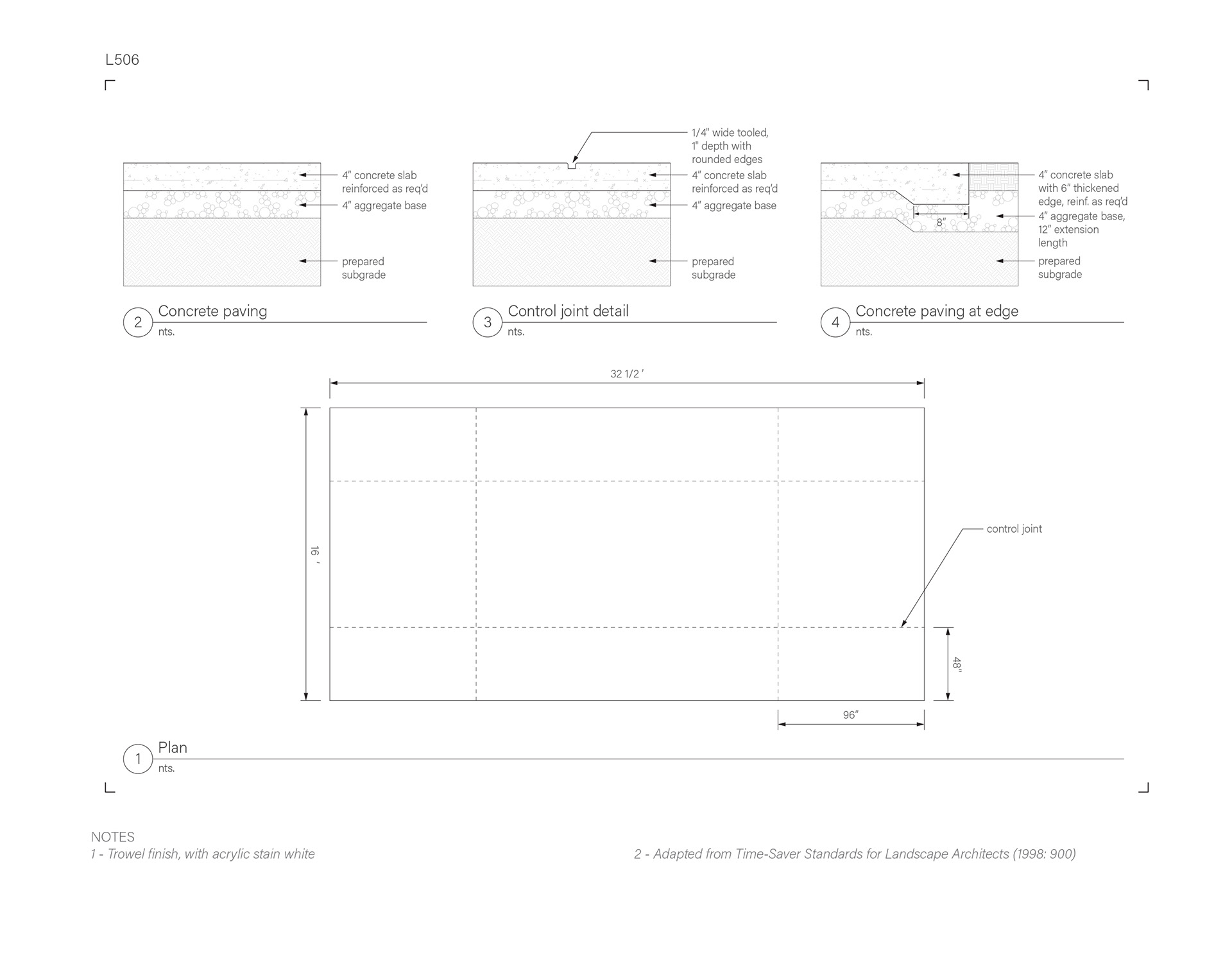