Petcoke Lake
Project:
Phantom Ecology
Bituminous Sands, Northern Alberta, Canada
Petroleum coke, or petcoke, is a by-product of upgraded bitumen. Similar to sulfur, it has economic value but the logistics of moving the product from northern Alberta to market is difficult. Petcoke can be burned for energy but because it has such a high carbon content it releases even more carbon dioxide than coal. As a result of this combined difficulty in moving and low energy efficiency there are vast stockpiles of petcoke in the Athabasca bituminous sands region.
Suncor Energy Inc. has been testing the use of petcoke to remediate tailings. The process called coke capping involves  spreading petcoke over the tailings lake in the winter when the water is frozen. When the lake thaws in the spring the petcoke remains buoyant and is strong enough to carry machinery used to layer more petcoke over the lake. Wick drains are inserted though the coke cap to remove water from the tailings lake. Once this process is completed dry tailings will be isolated with a barrier of petcoke, on top of which a new stratum can be spread, able to support the growth of vegetation. Suncor is using this technique on Pond 5, an innocuous name for a 230 hectare toxic tailings lake.
Proposed in the following pages is a platform set into a petcoke basin and an adjacent overlook platform placed atop an undistributed petcoke pile. The elevated platform pushes the deep black of the 90% carbon petcoke back into the horizon against the Suncor refinery, while the sunken platform gives only the sky as an escape from the light absorbing petroleum coke. 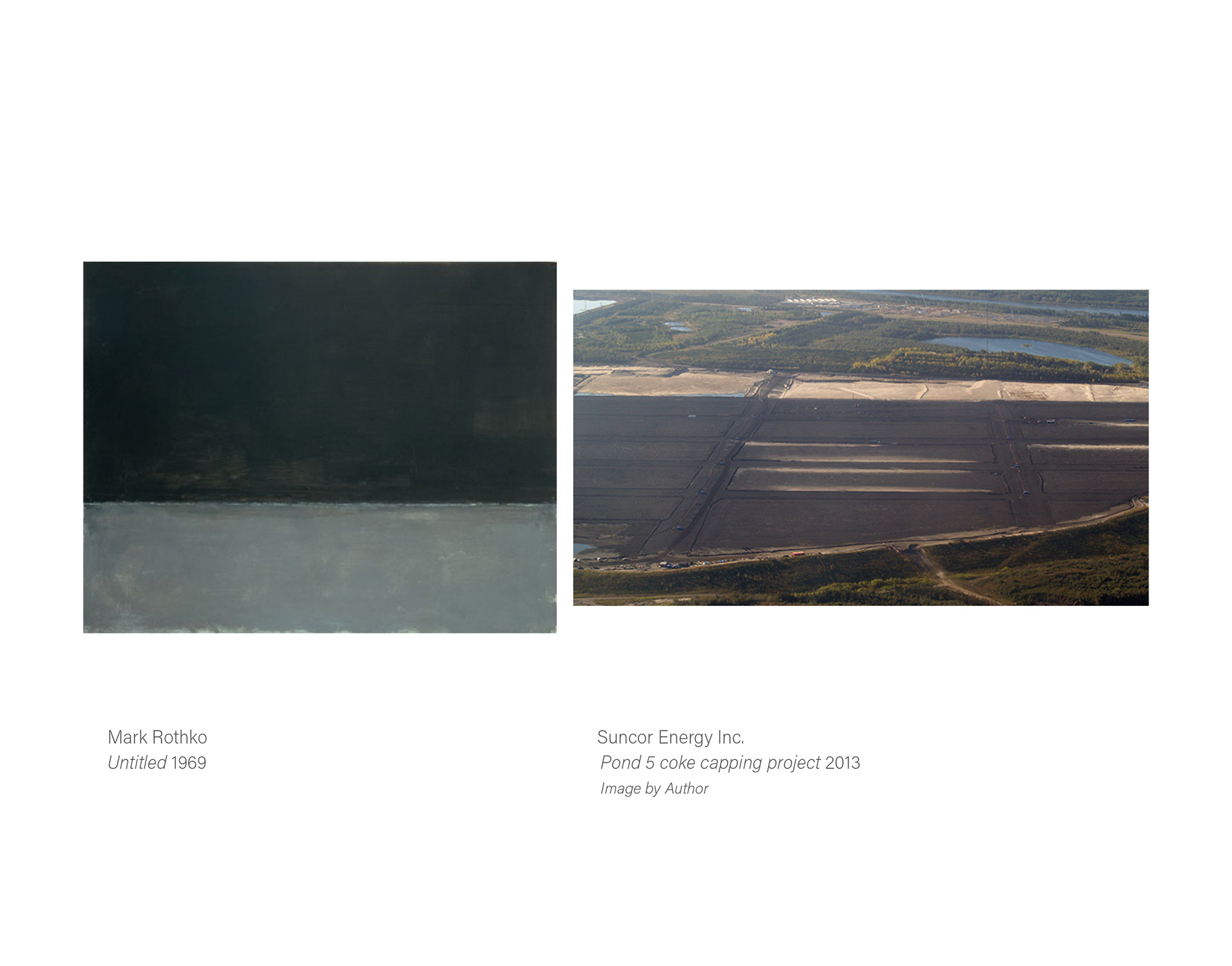 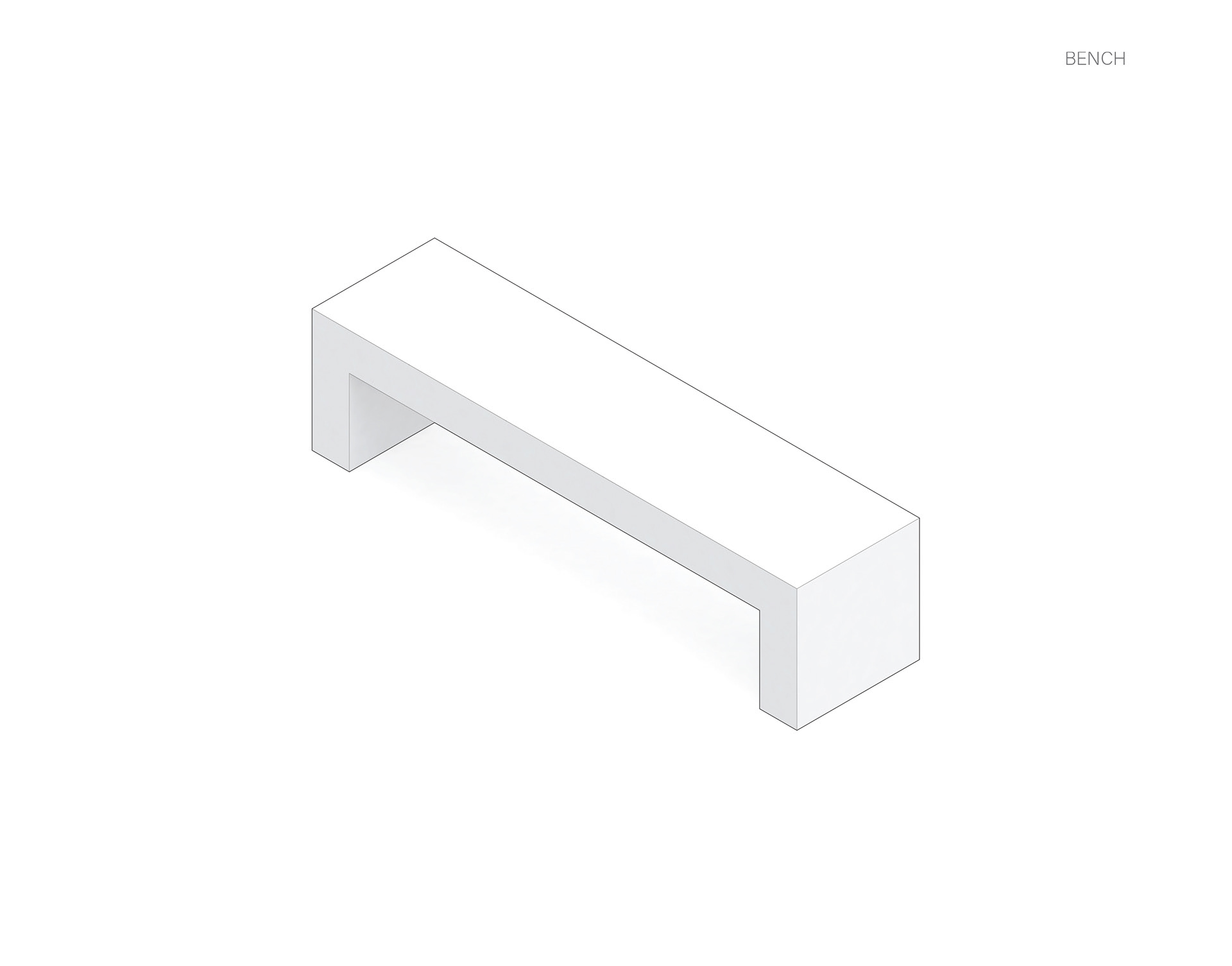 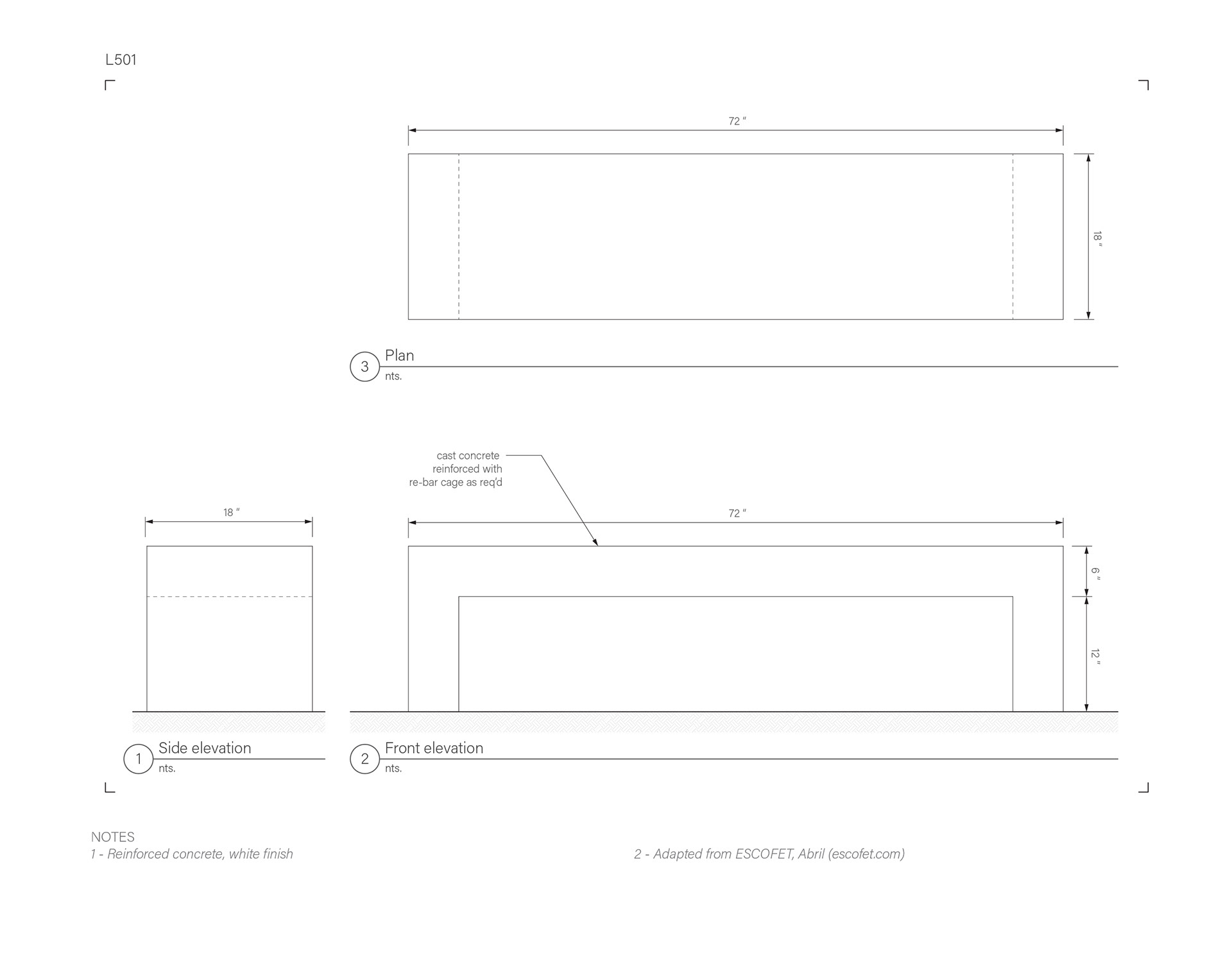