SAGD WELL
Project: Phantom Ecology
Bituminous Sands, Northern Alberta, Canada
If Alberta had conventional oil reserves instead of oil bound to sand, then we would expect to see the landscape of the Athabasca region littered with oil well pump jacks, the kind we imagine when thinking about Texas or Kuwait. But because bitumen is highly viscous and cannot be pulled from the ground, the earth itself must be physically moved to where it can be processed and upgraded to faster flowing hydrocarbons like gasoline. And yet only 20% of the bitumen can be extracted this way. The remaining majority of bitumen is found too far below ground, outside of the surface mineable area (SMA). Steam-assisted gravity drainage (SAGD) has been developed as a method to access these deep bitumen reserves.
SAGD is described as a "rather benign" extraction method by the oil and gas industry. A well pad is connected to an underground network of paired horizontal wells. Steam is pumped down one well where it mixes with and melts the bitumen below ground. The resultant mixture is able to be collected and pumped up through the adjacent well. This technology has significant water use requirements and is putting pressure on the Athabasca river which flows through the bituminous sands region. This pressure will only increase as SAGD operations expand.
Proposed in the following pages is a stair well and sunken platform. The visitor is taken to a decommissioned well pad and is invited to descend 1,300 feet into the earth – the average depth of bitumen deposits, and a little deeper than the glass floor of the CN Tower is high. Moving slowly down the winding stairs, the fatiguing guest is able to rest on a series of alternating landings where they are always held close to the earth. Darkness, silence, cold and the relentless stairs will reduce the sensory inputs and force attention to the slowly changing textures and colors of the earth. The despair of descent is offset by the singular experience of being in proximity to the earth at such a depth. The desire to accelerate the climb out is slowed by the need to watch one’s step. 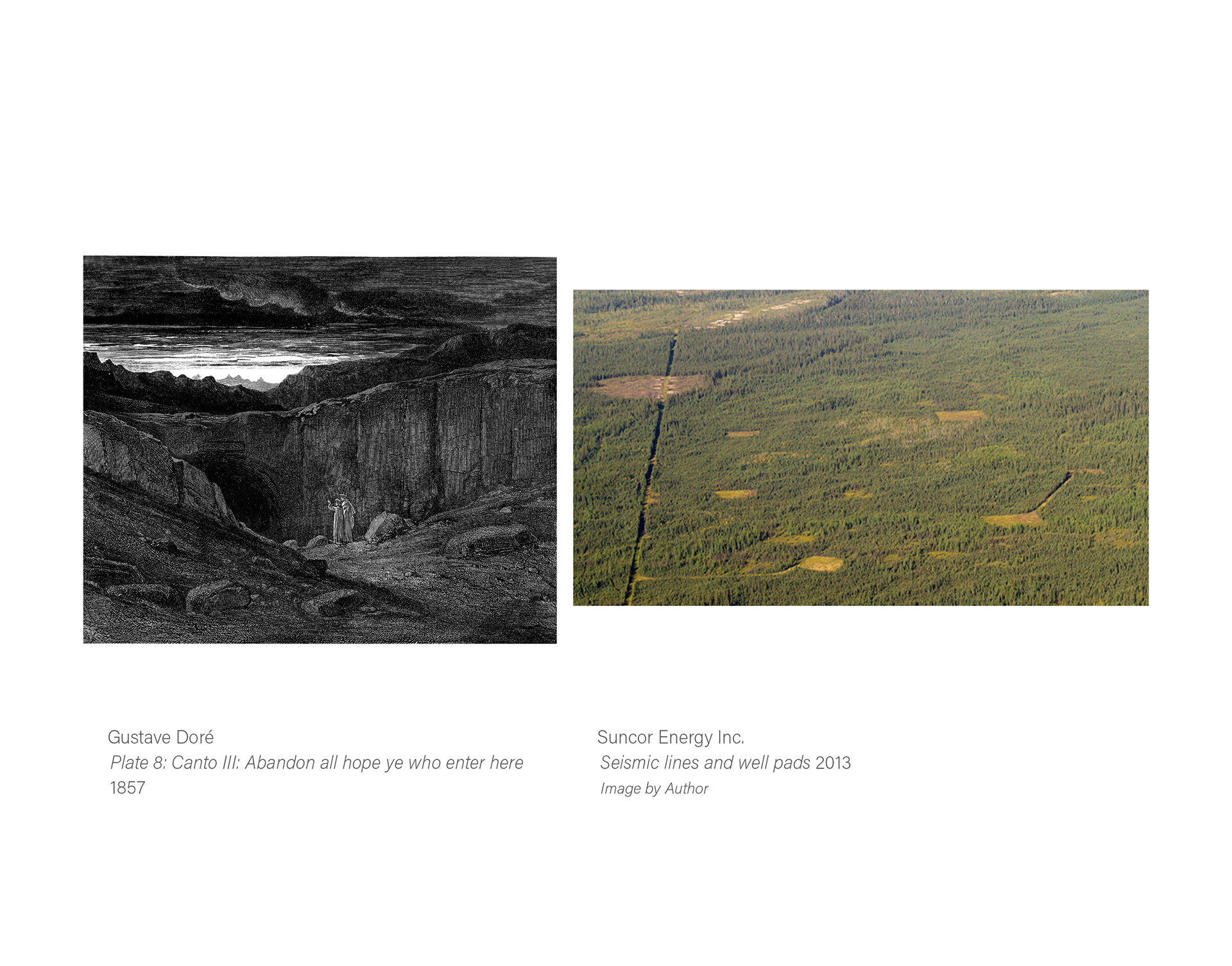 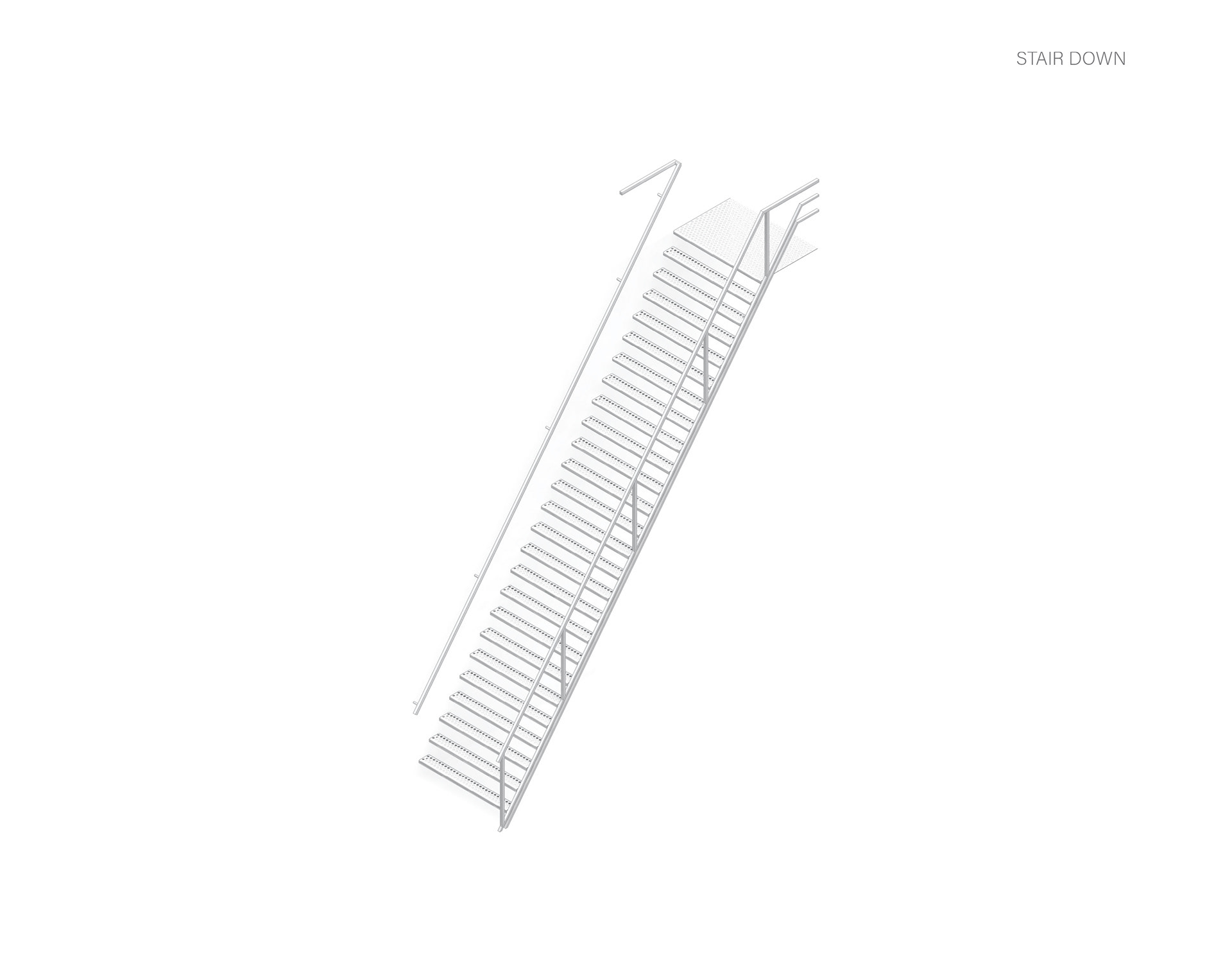 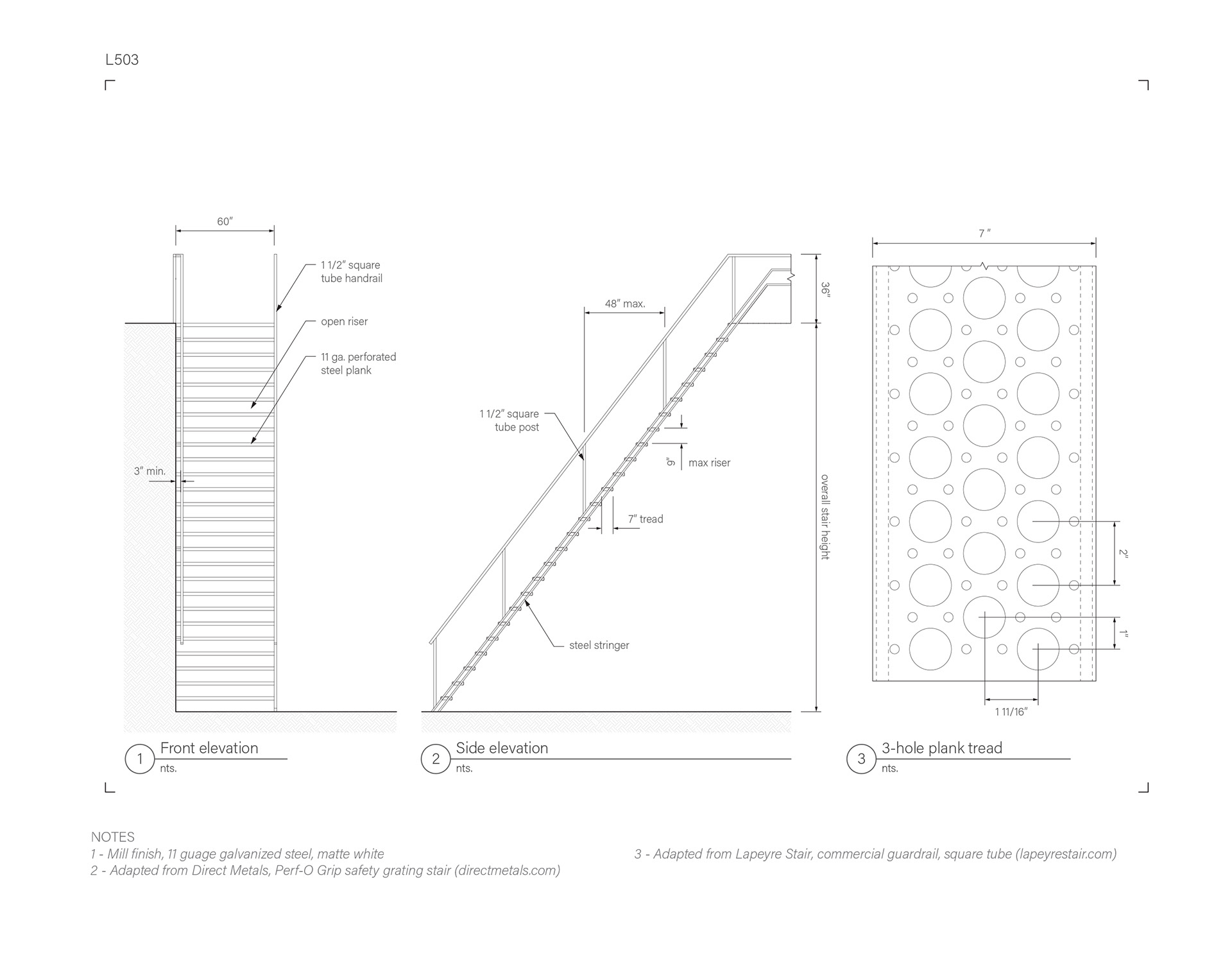