While not exactly interchangeable, commonly a fen is called a bog and in the Canadian Boreal region the term muskeg is used. This type of landscape is characterized by having a water table which fluctuates within 20 centimeters of the surface. It is endemic to the Athabasca bituminous sands region covering an approximate 43% of the pre-disturbed landscape but must be destroyed, cleared as overburden, for access to underground bitumen deposits. For the bituminous sands operators, meskeg is a particular concern as no one has attempted to create one of these complex wetland landscapes artificially. That is until Syncrude Canada Ltd.’s attempt on 52 hectares of the closed East In-Pit tailings pond, given the name Sandhill Fen.
The fen is actually a smaller portion of the reclamation site, at around 15 hectares, but to date the largest proven fen wetland restoration was a much smaller half hectare study. The process Syncrude undertook at the East In-Pit tailings pond started with a sand cap cover suspended above the semi solid toxic tailings in a process similar to that developed at Pond One (Wapisiw Lookout). At the low point of the sand cap is a discharge area, and the innovation in this case was to hold collected water towards producing an artificial wetland at the low point. The area was also layered with a half meter deep spreading of salvaged live peat material from surrounding cleared muskeg landscapes.
Proposed in the following pages is a depressed platform submerging guests into the reclamation project. At five feet lower than the surrounding landscape, the platform brings the surface to eye level. The rich mosses which are the foundational species of a fen can be seen up close. While some of the other interventions provided a lookout, here the experience of the overall view is traded for a disorienting experience with detail. The close view of individual mosses and grasses shows generous diversity, while the distant view sinks visitors into an infinite sea of green. Were it not for the ongoing input of fertilizers, freshwater, and the underdrain control system required for the maintenance of this artificial fen, it might almost appear as a success of reclamation and a demonstration of the restorative potential of nature. 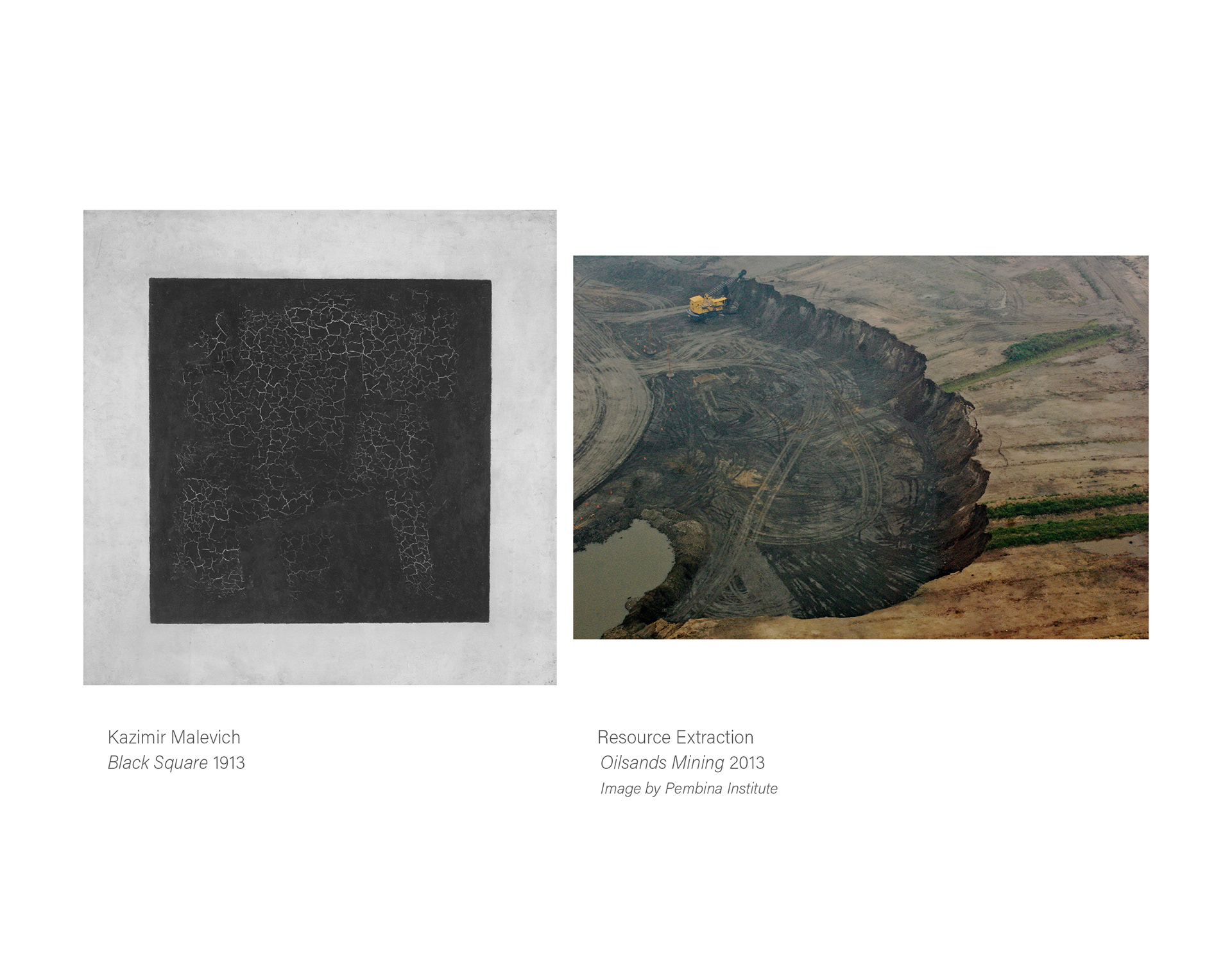 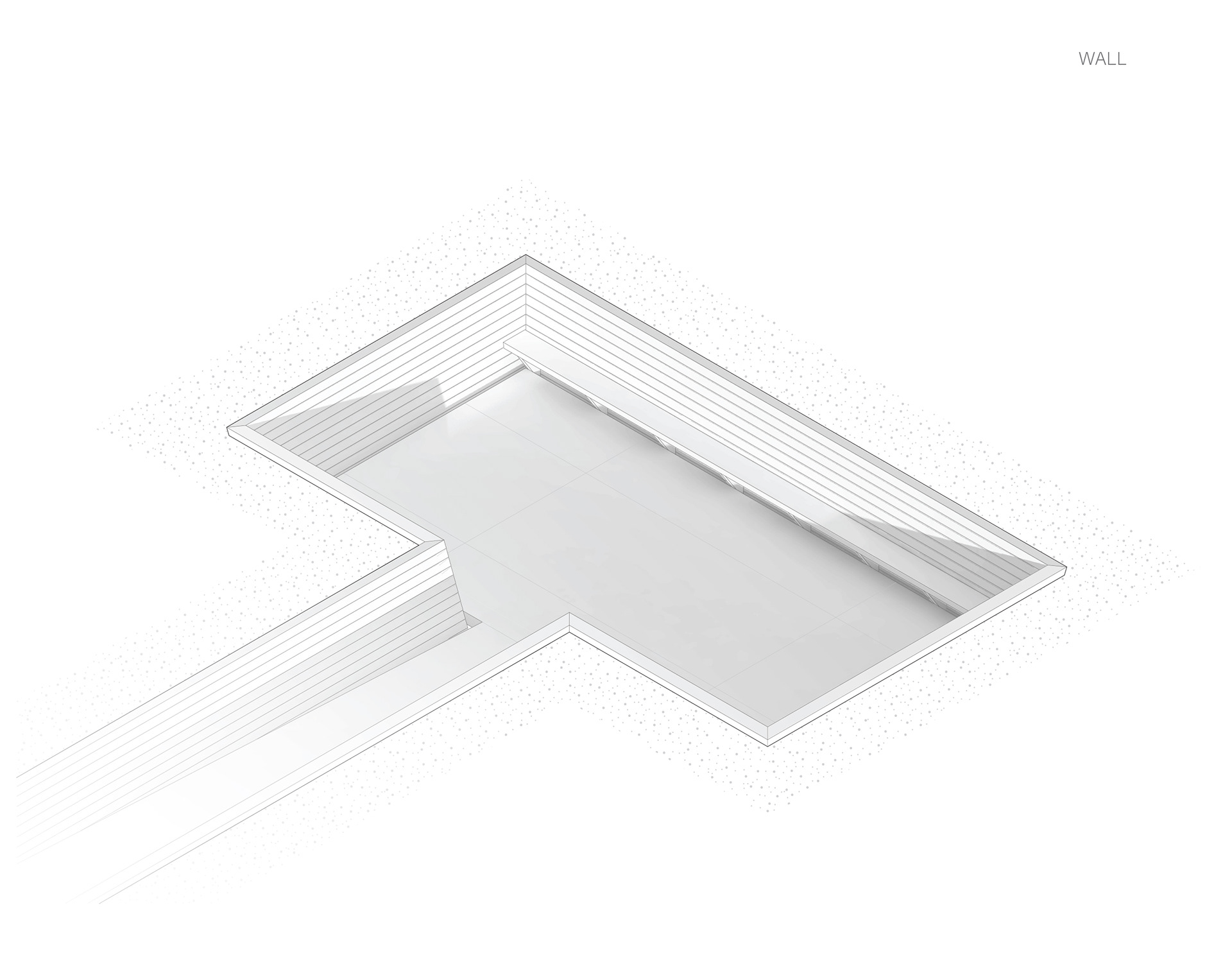 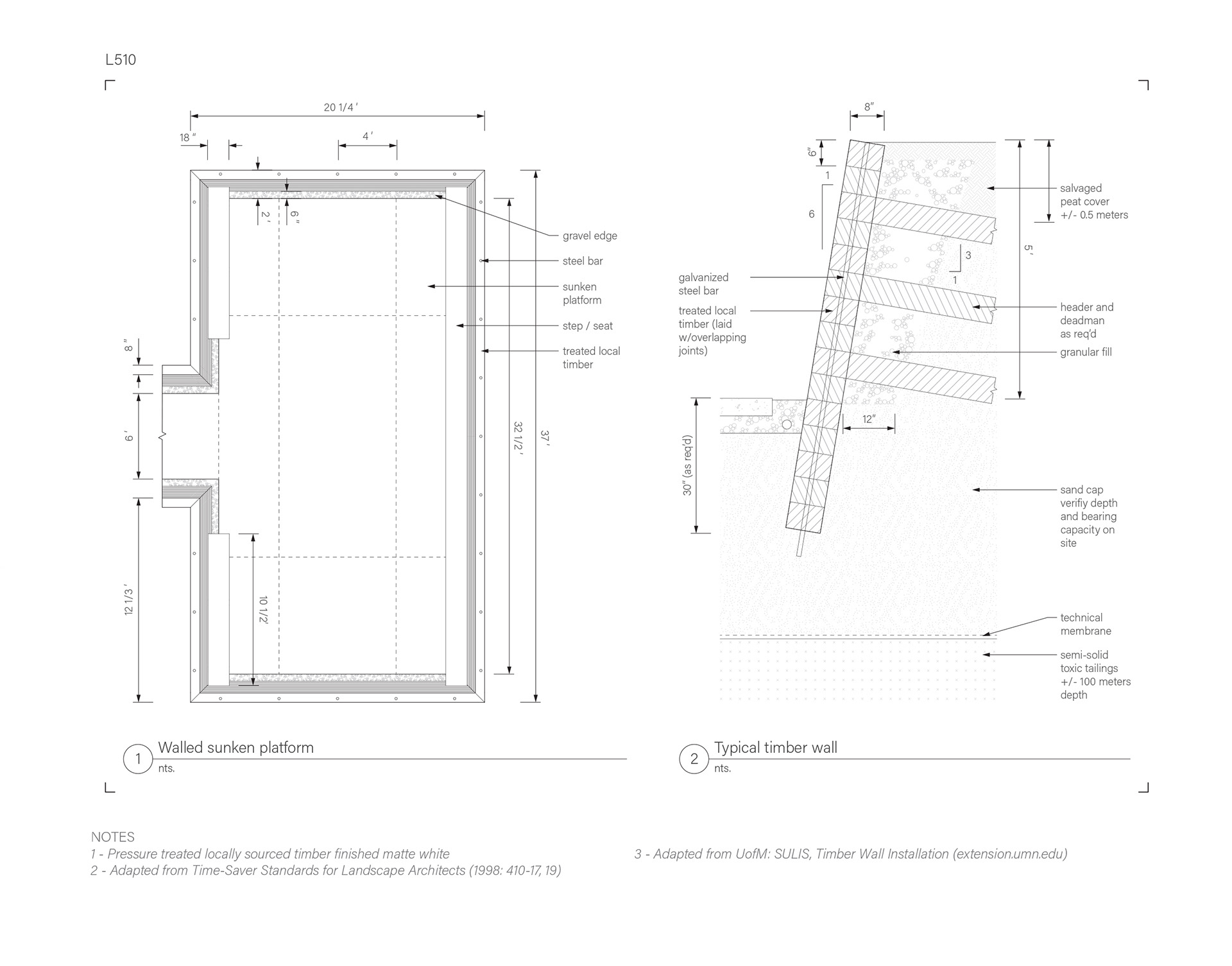