Silva Loop
The nation of Ethiopia is facing serious deforestation. The challenge of replanting a vast territory is best accomplished by cooperating with many allies. This proposal, Silva Loop, is a building and landscape architectural response to forest loss in Addis Ababa. Presented as a typology, the proposal establishes multiple microclimates which provide a diversity of habitat and opportunities for an abundance of local and endemic bird species. These birds, non-human allies, will spread seed as they navigate the global, regional, and local flyways which overlap the project site. The diverse ecozones are defined by environmental conditions on one hand and the amount of access and the intensity of maintenance on the other.
The Chapel embeds Christian references, notably the trinity of openings behind the alter situated below the central oculus. In so doing we acknowledge Ethiopia’s dominant religious group, yet this symbolism is subtle and can be viewed in a nonsectarian light. This move makes the architecture inviting to multiple local communities, while still making physical a sacred space. Furthermore, nature itself, while claimed by many religions is not a passive recipient to the architecture of this project. Instead, nature is front and center as a collaborator. Silva Loop aspires to create a sacred space that accommodates a nondenominational religious practice and an expanded congregation to include non-human actors, including birds and trees. 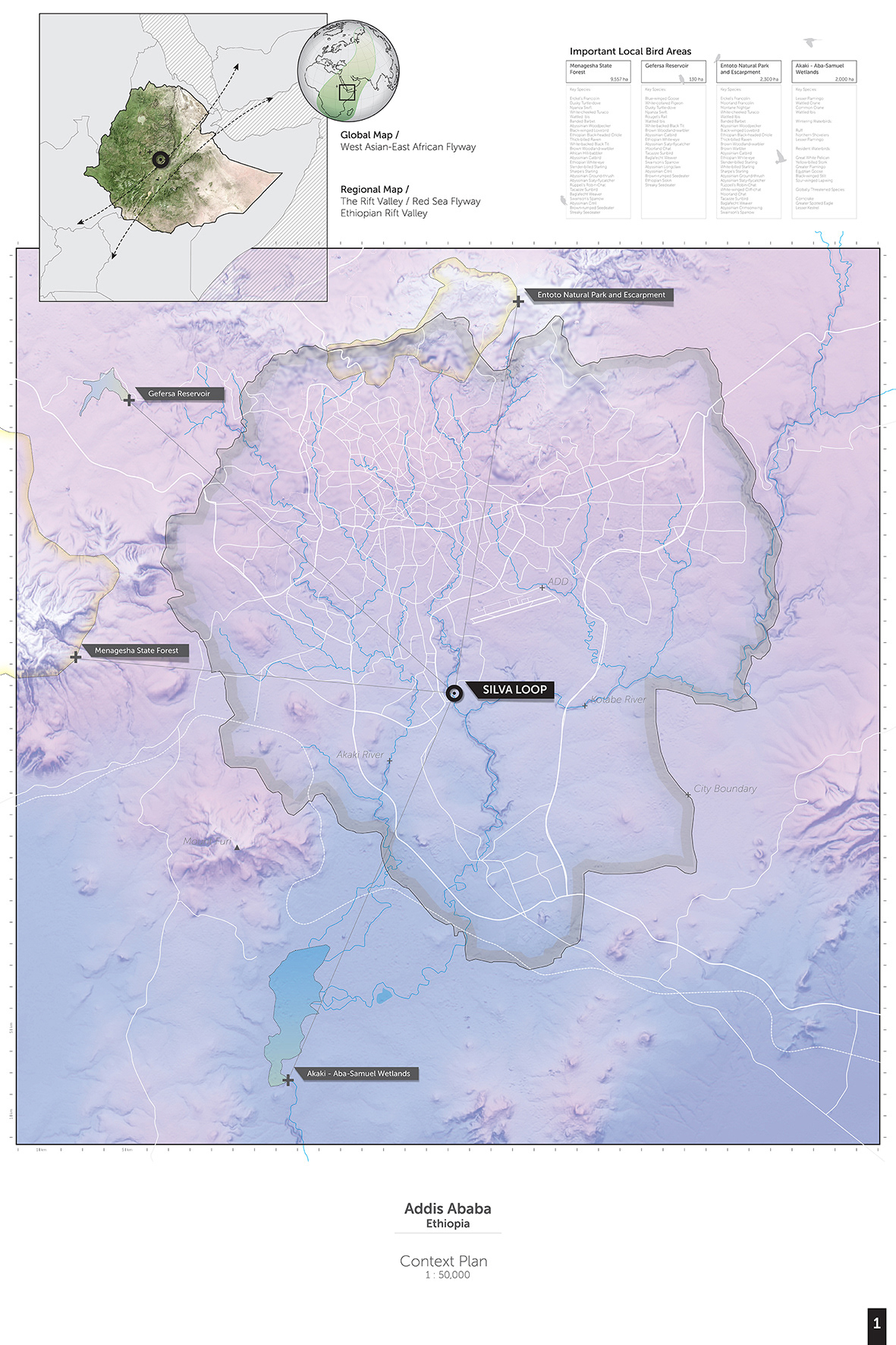 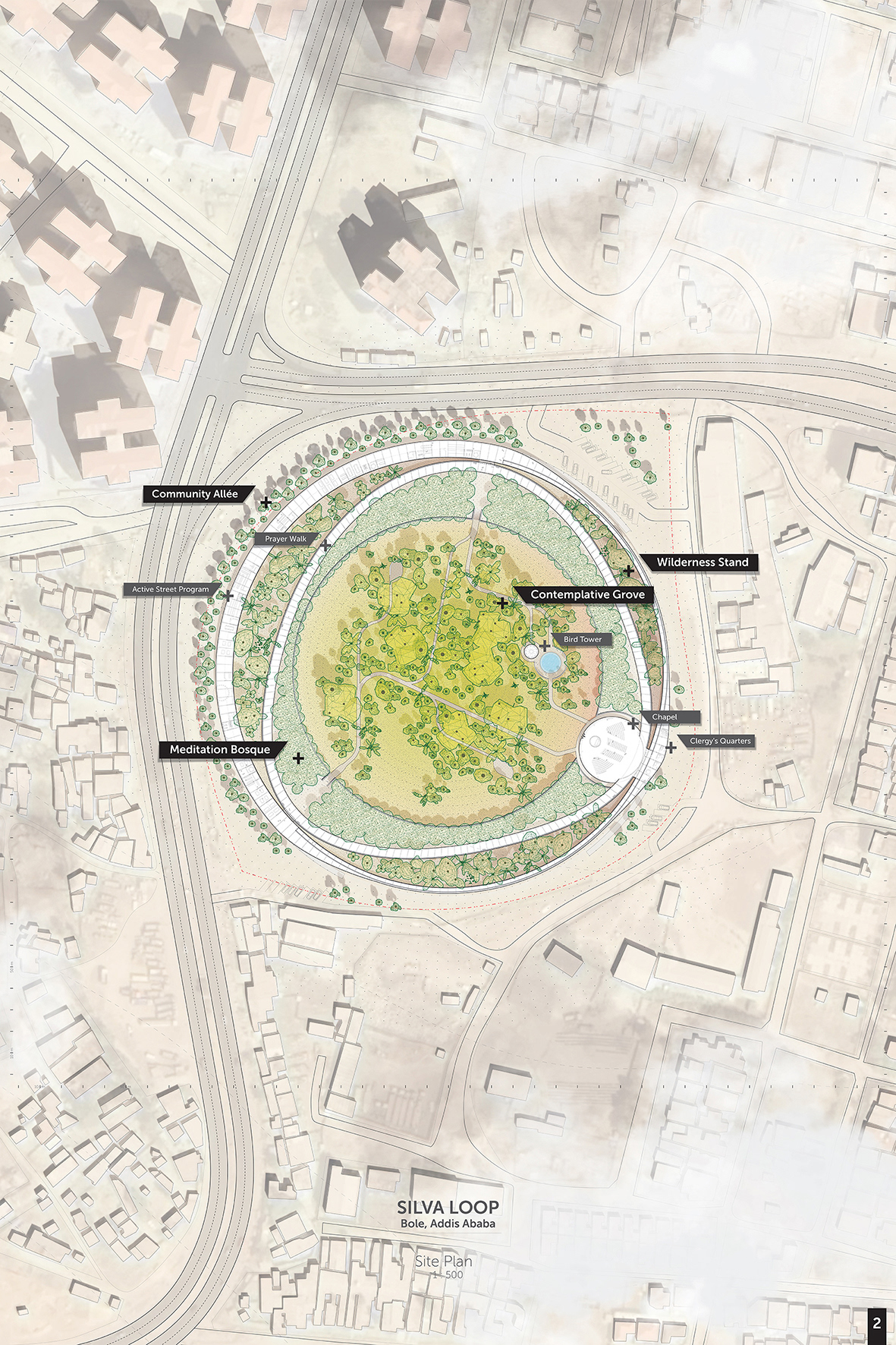 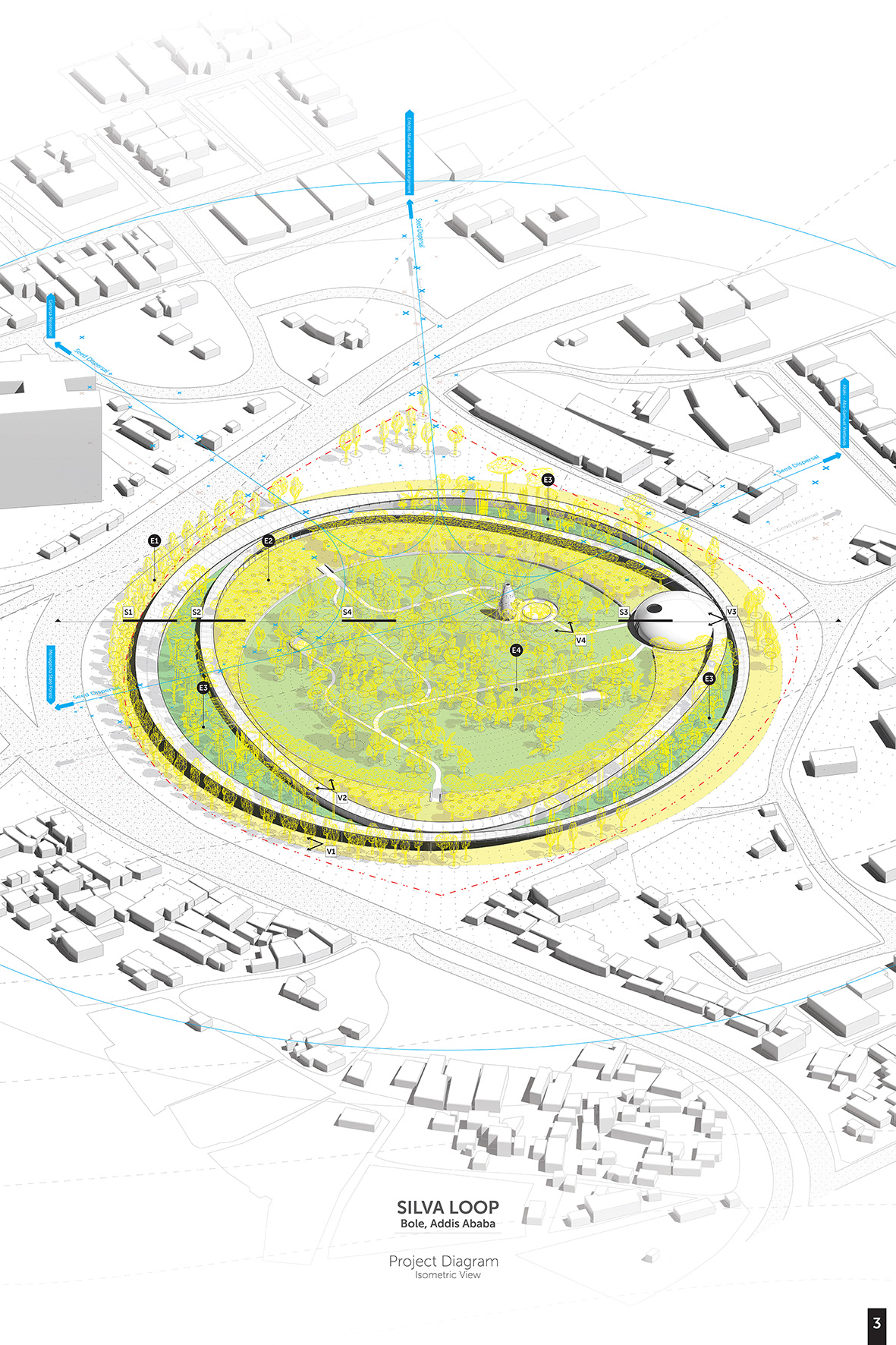 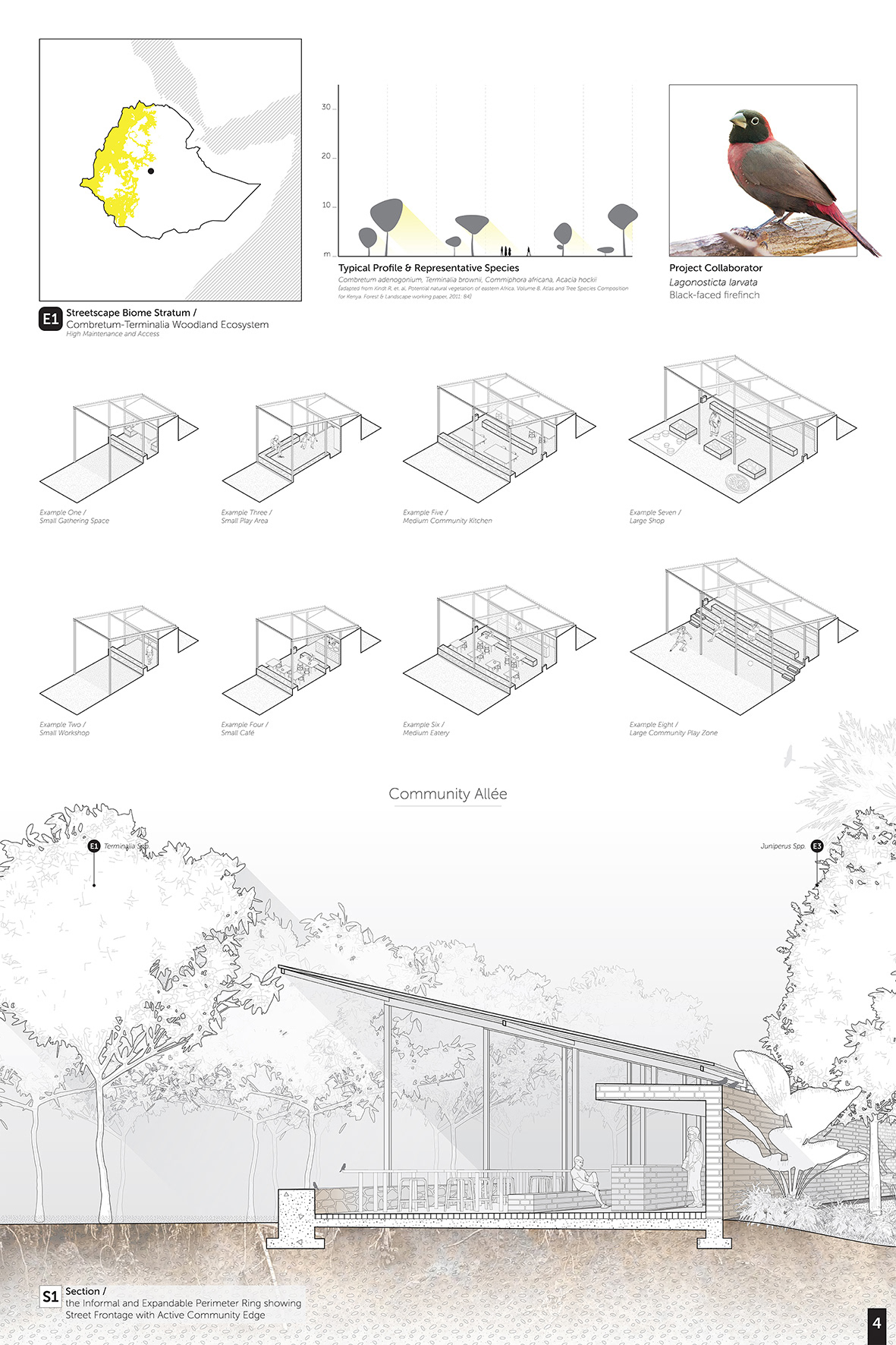 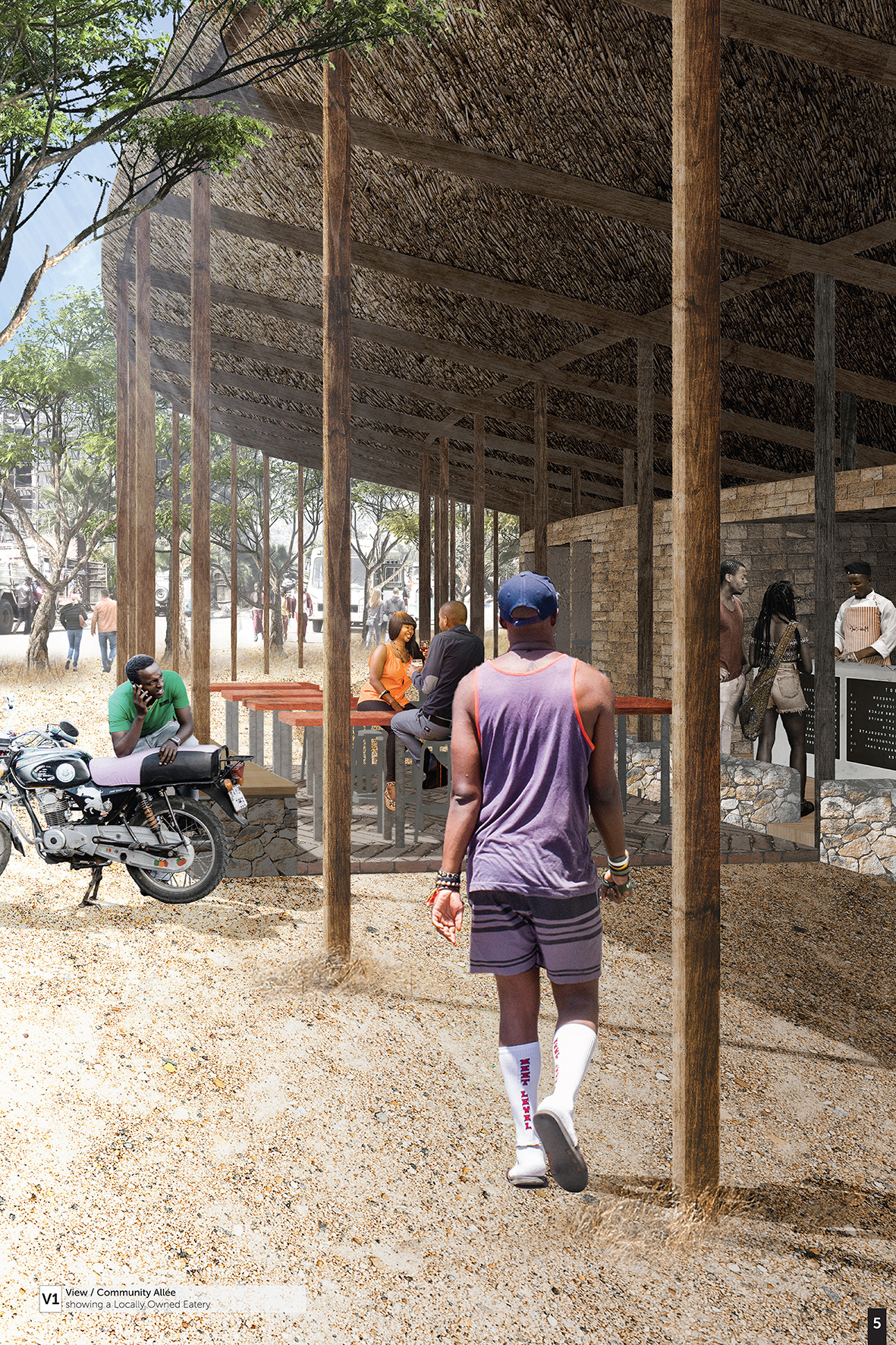 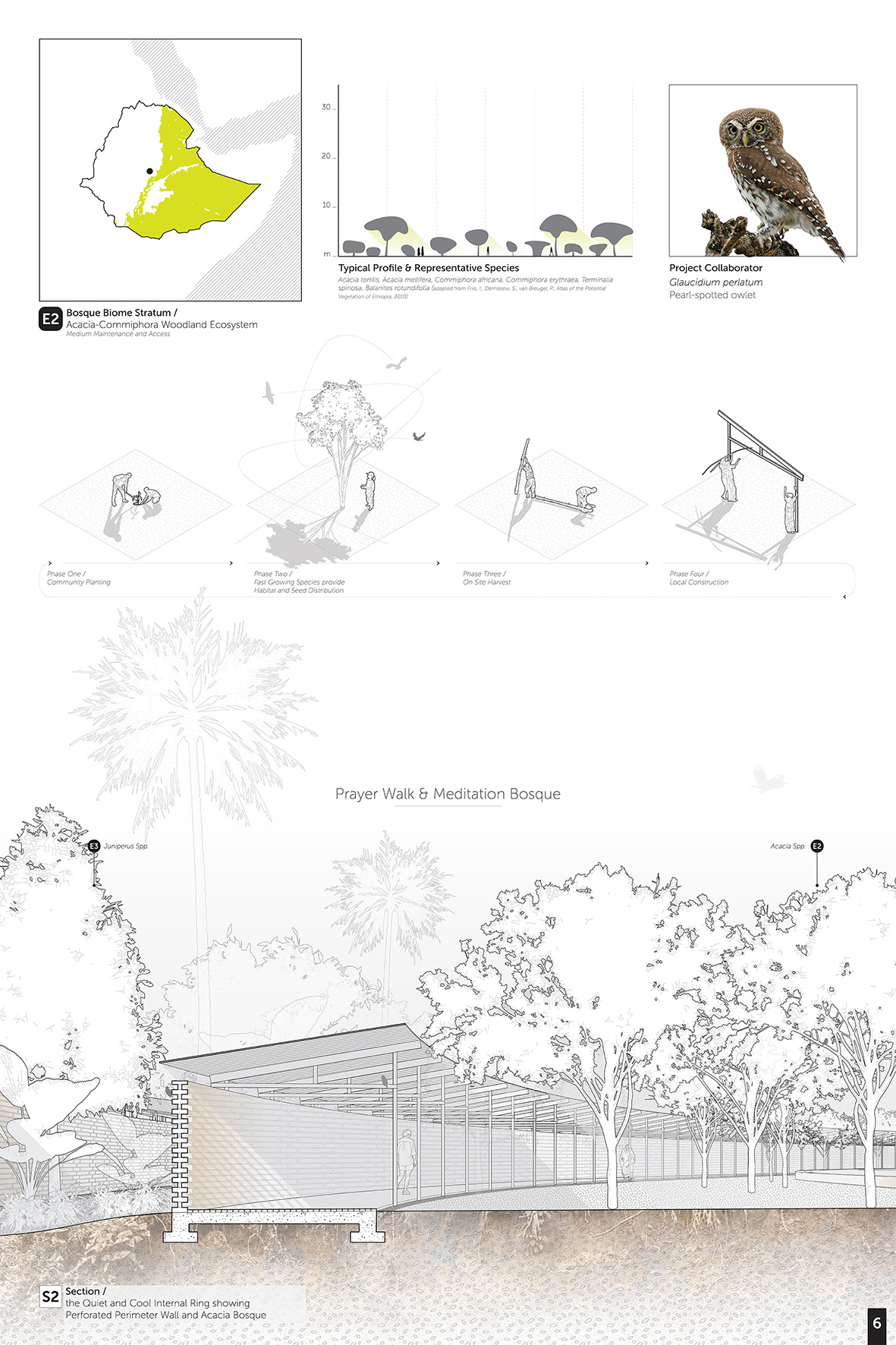 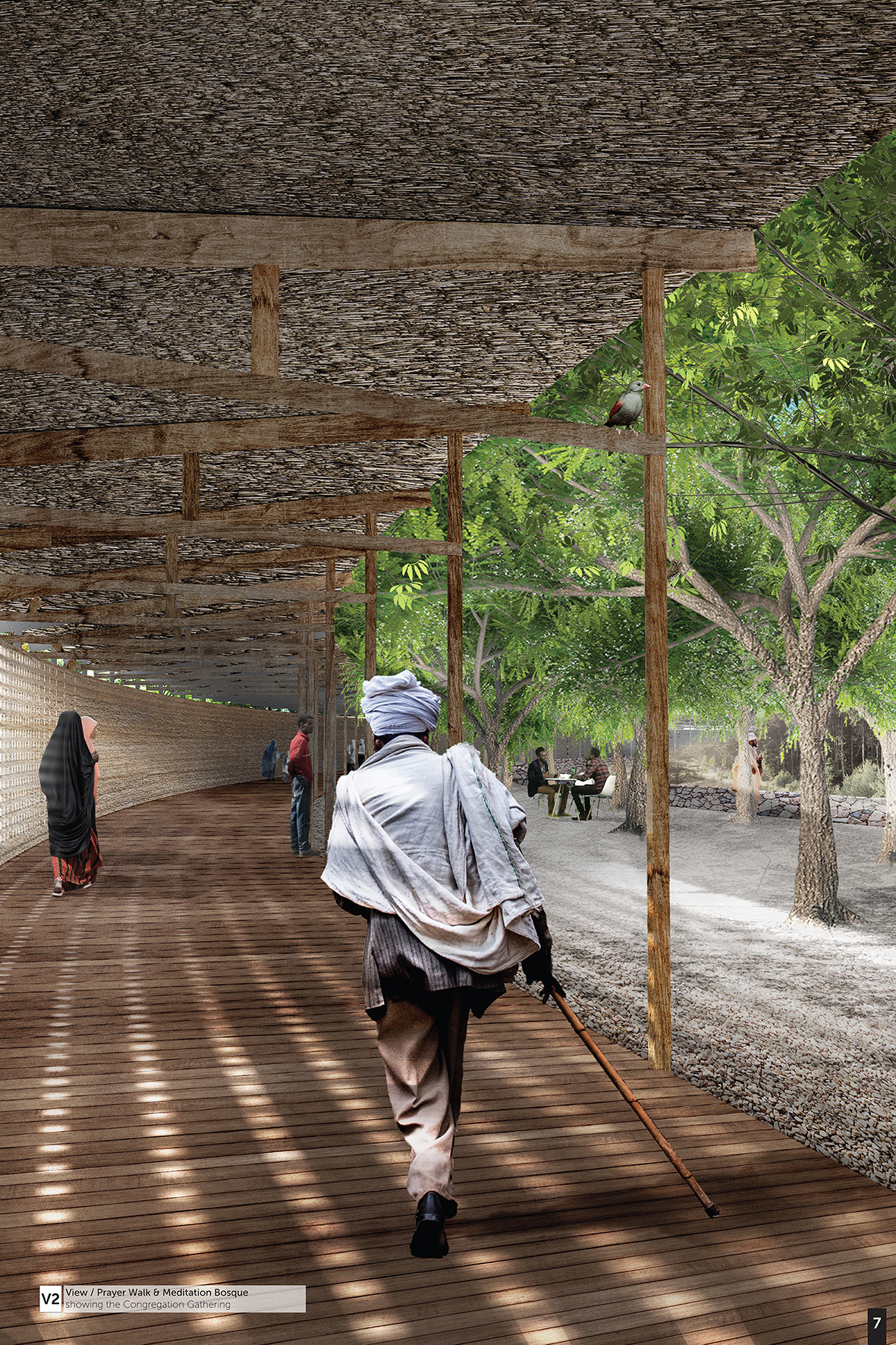 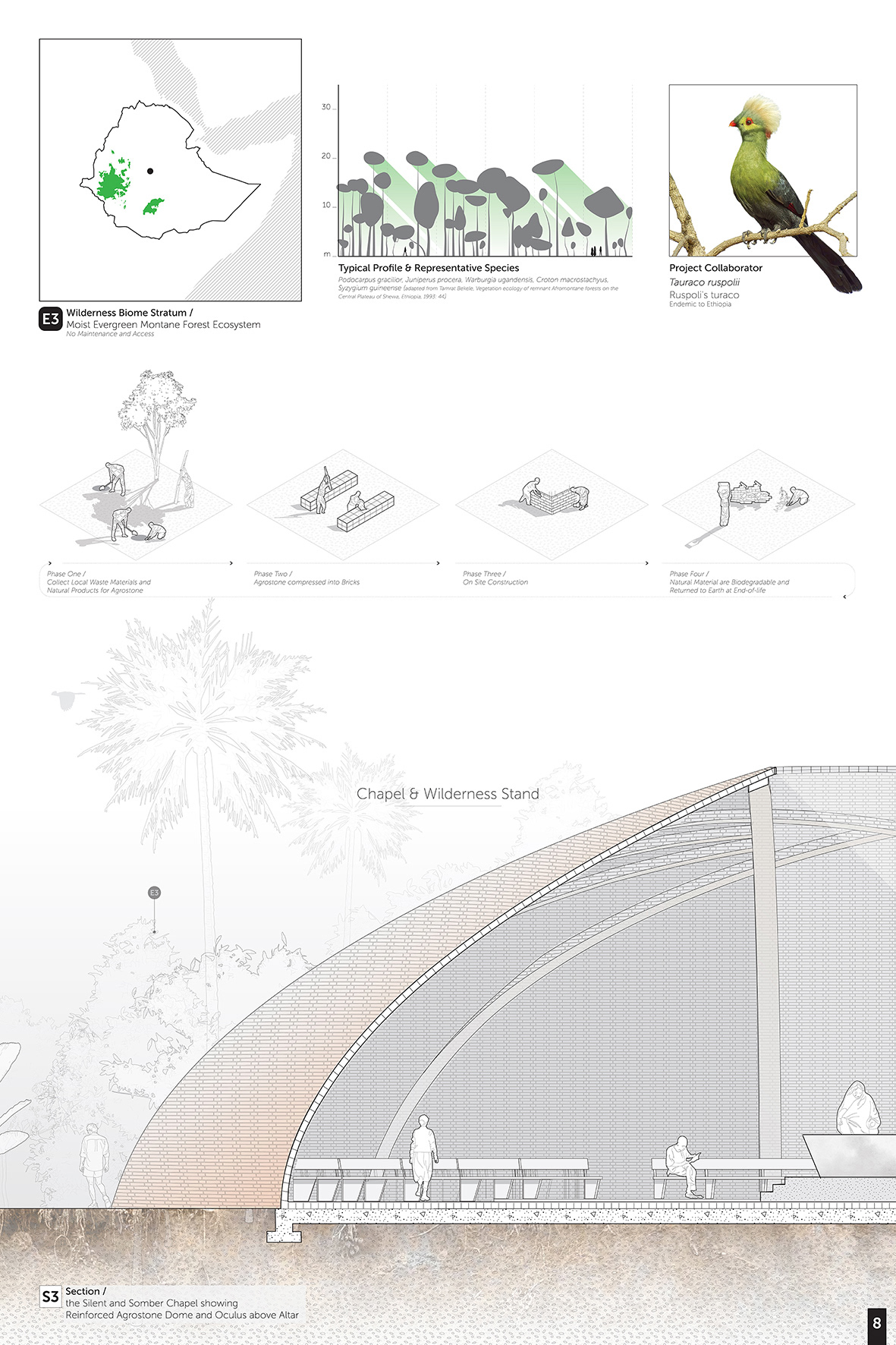 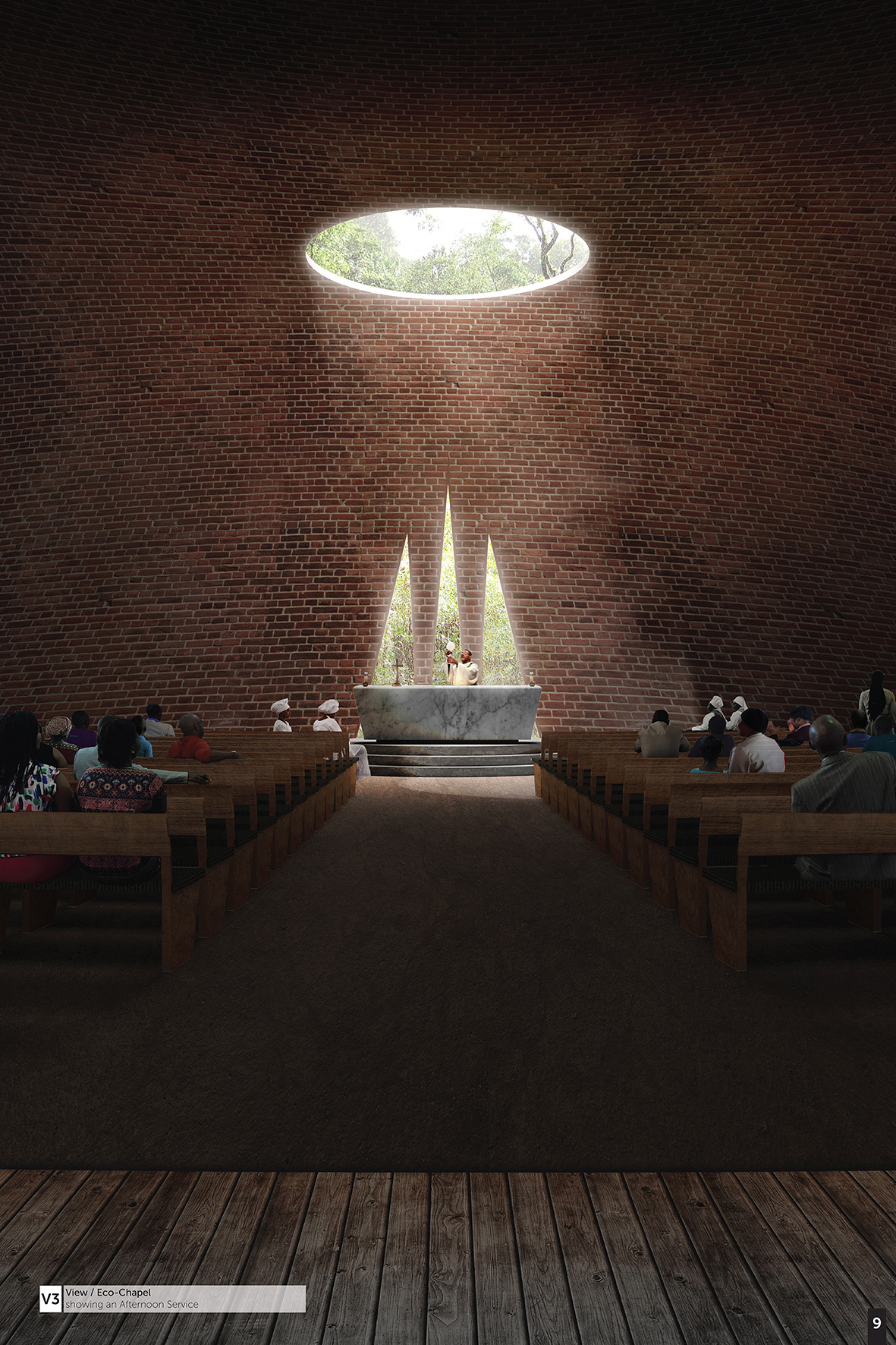 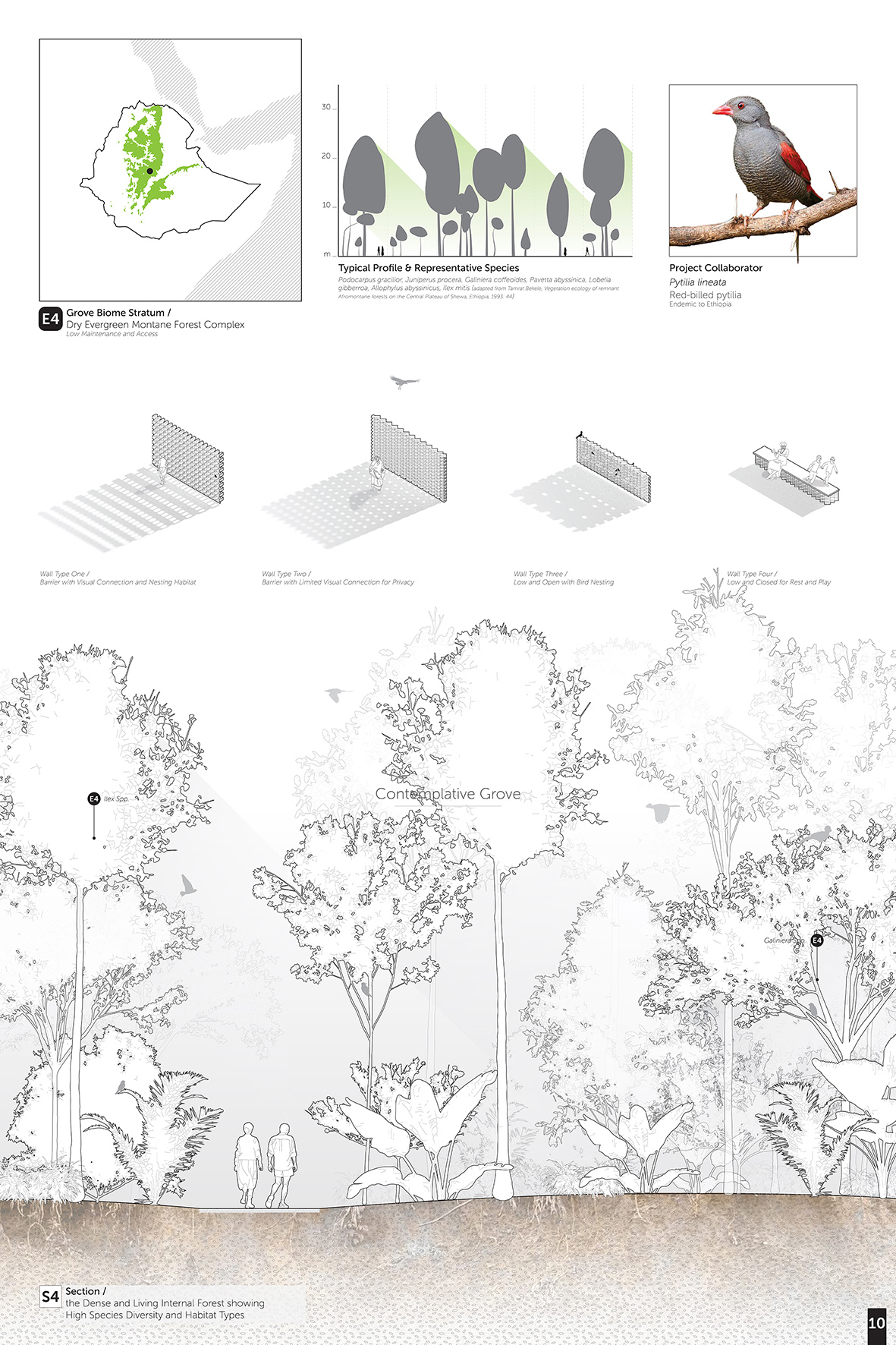 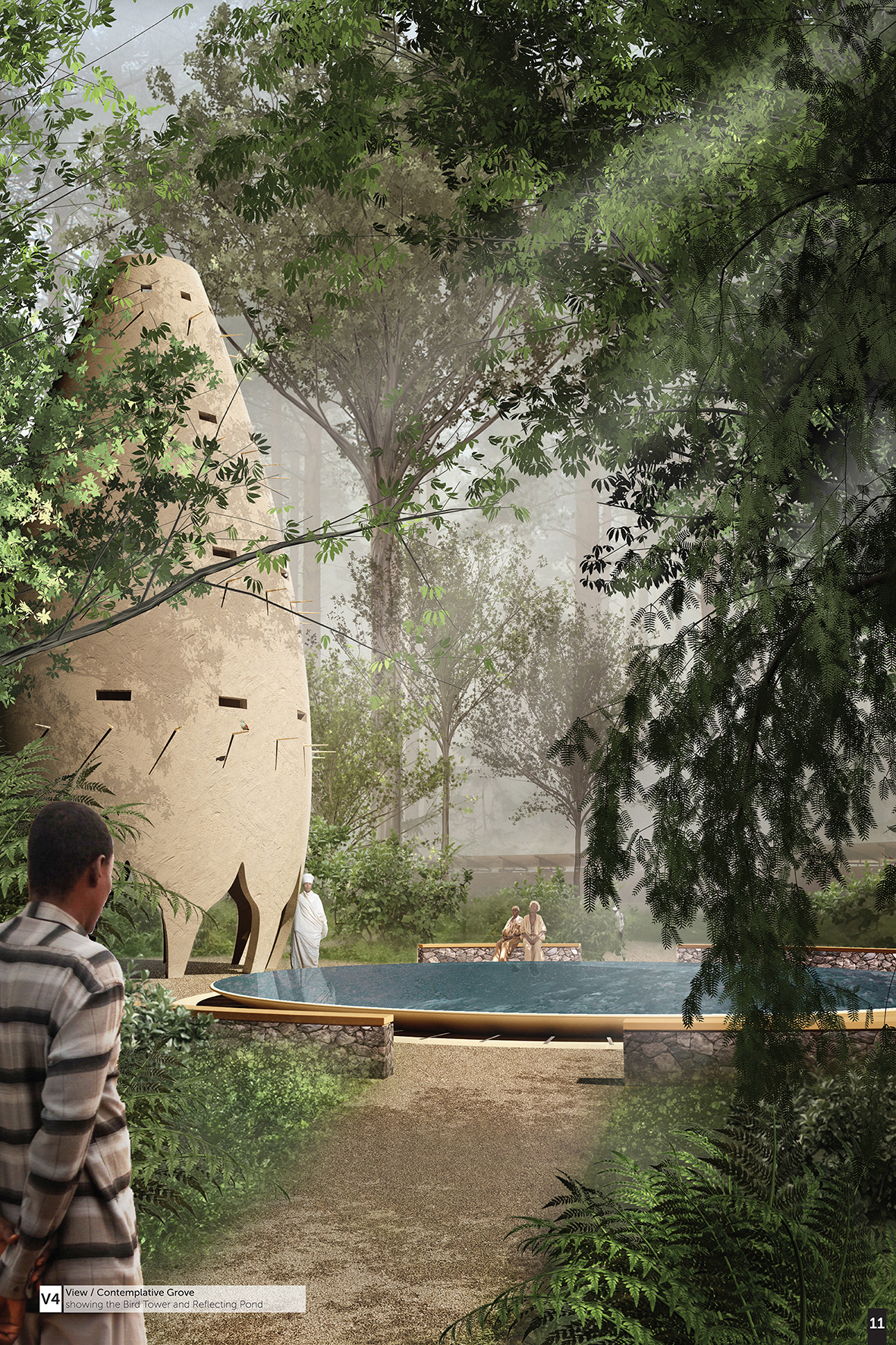