SULFUR PLATEAU
Project: Phantom Ecology
Bituminous Sands, Northern Alberta, Canada
Bitumen, the petroleum that is mined from Canada’s Athabasca bituminous sands region is composed of roughly 83% carbon, 10.5% hydrogen, 1% oxygen, 0.5% nitrogen, and 5% sulfur. As the bitumen is upgraded, washed and separated, sulfur is one of the end products.
While there exists a global market for sulfur, the price of the commodity fluctuates and transportation from northern Alberta to market is difficult. Already in the year 2000 Canada was ranked second in global sulfur production according to the Ministry of Natural Resources Canada.
In order to protect against market fluctuations and to avoid devaluing the price of the commodity, oil sands operators have resorted to stockpiling sulfur in a process known as blocking. Molten sulfur is poured into a mold fortified with an aluminum  perimeter stacked 10-20 meters high. After pouring the liquid, sulfur will solidify in eight hours and remain in an inert solid state.
Proposed in the following pages is a stair and platform. The stair’s treads are compressed to accentuate the verticality of the landscape. The steep climb gives way to a small platform resting atop the final sulfur block, measuring around 320 by 250 meters. The beauty of the unique experience of the yellow sulfur block against the horizon is only to be interrupted by thoughts of the ecological impacts on biodiversity of producing singular environments; on the damaging effects of this volume of sulfur on adjacent environments; and by the unpalatable smell of sulfur. 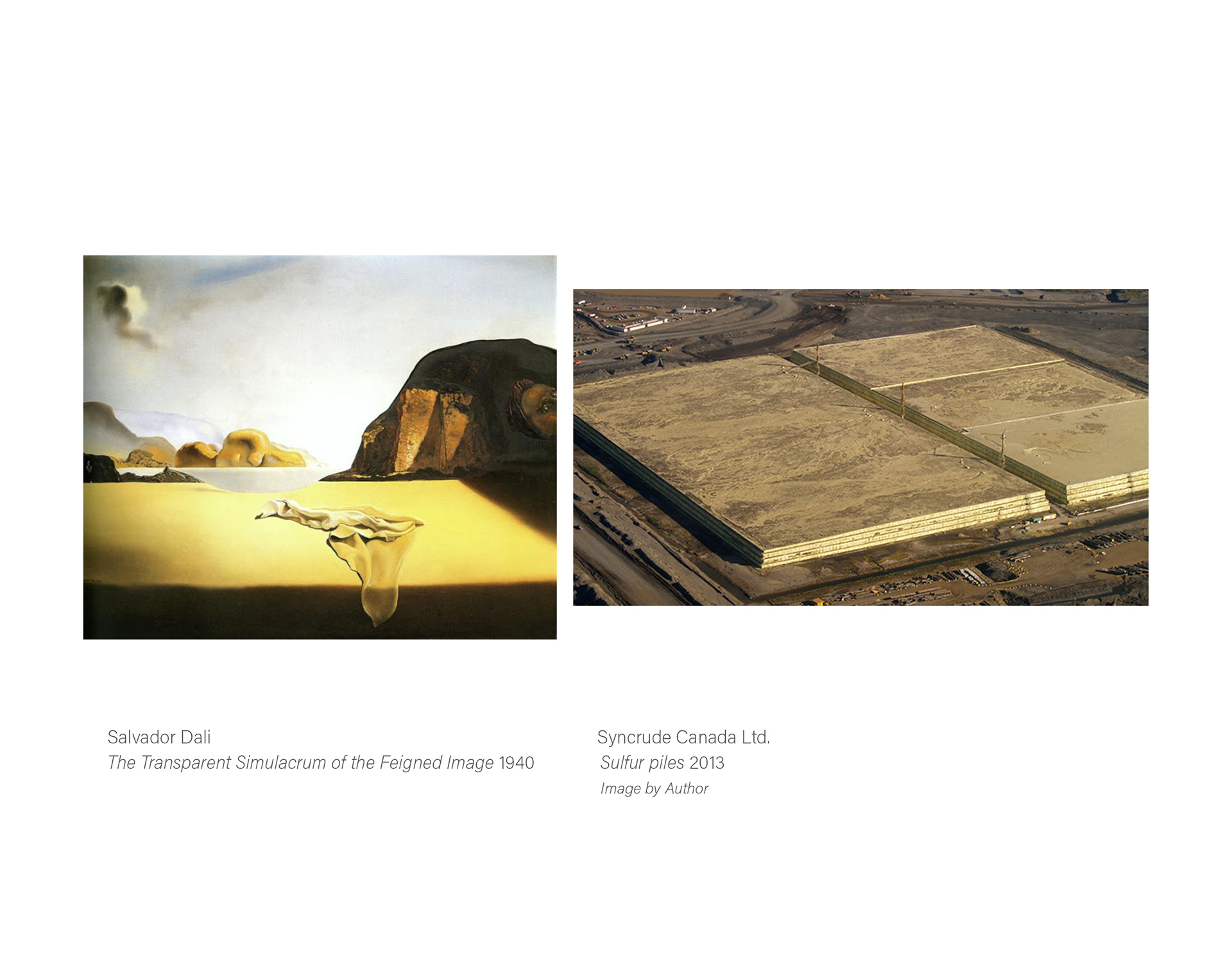 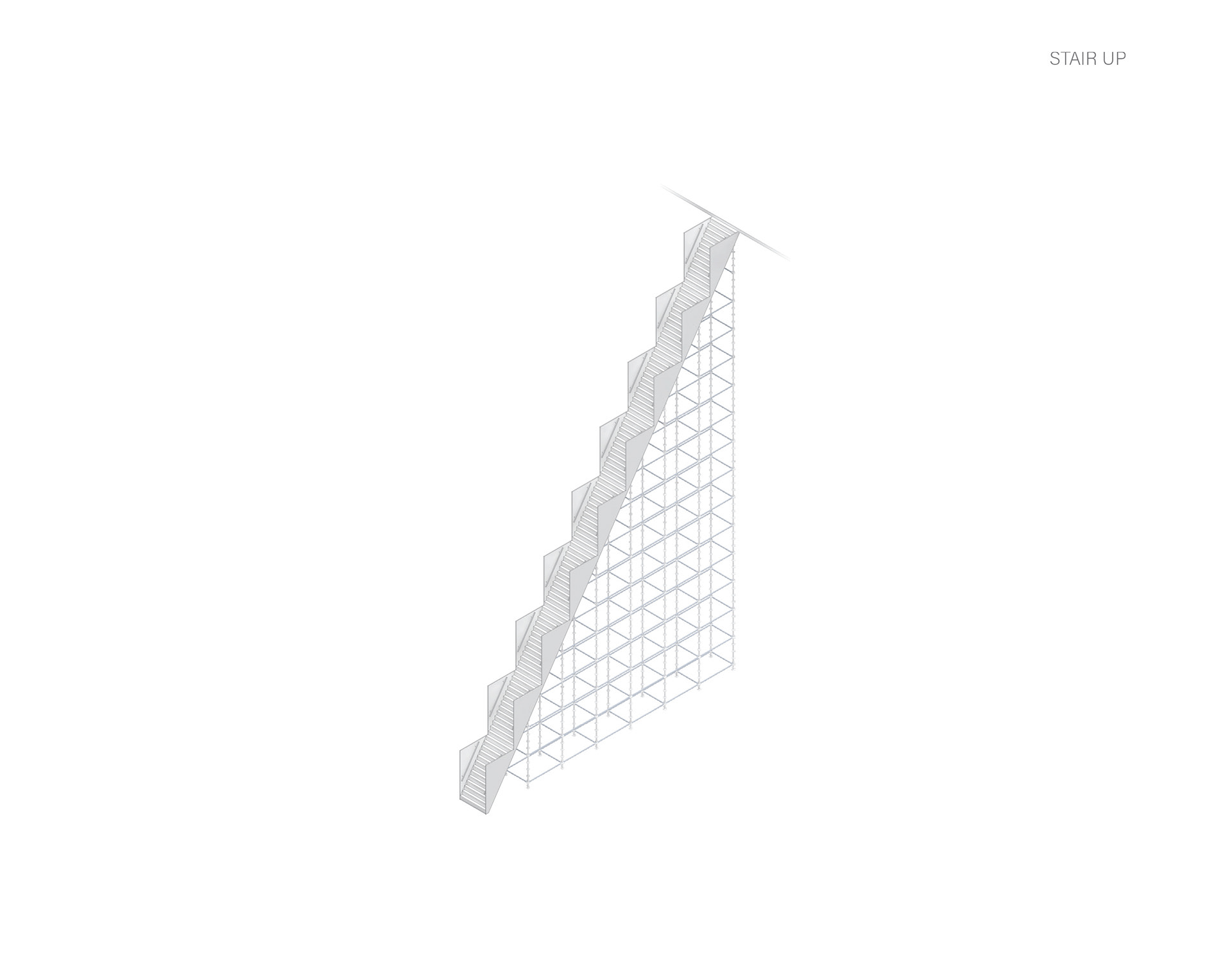 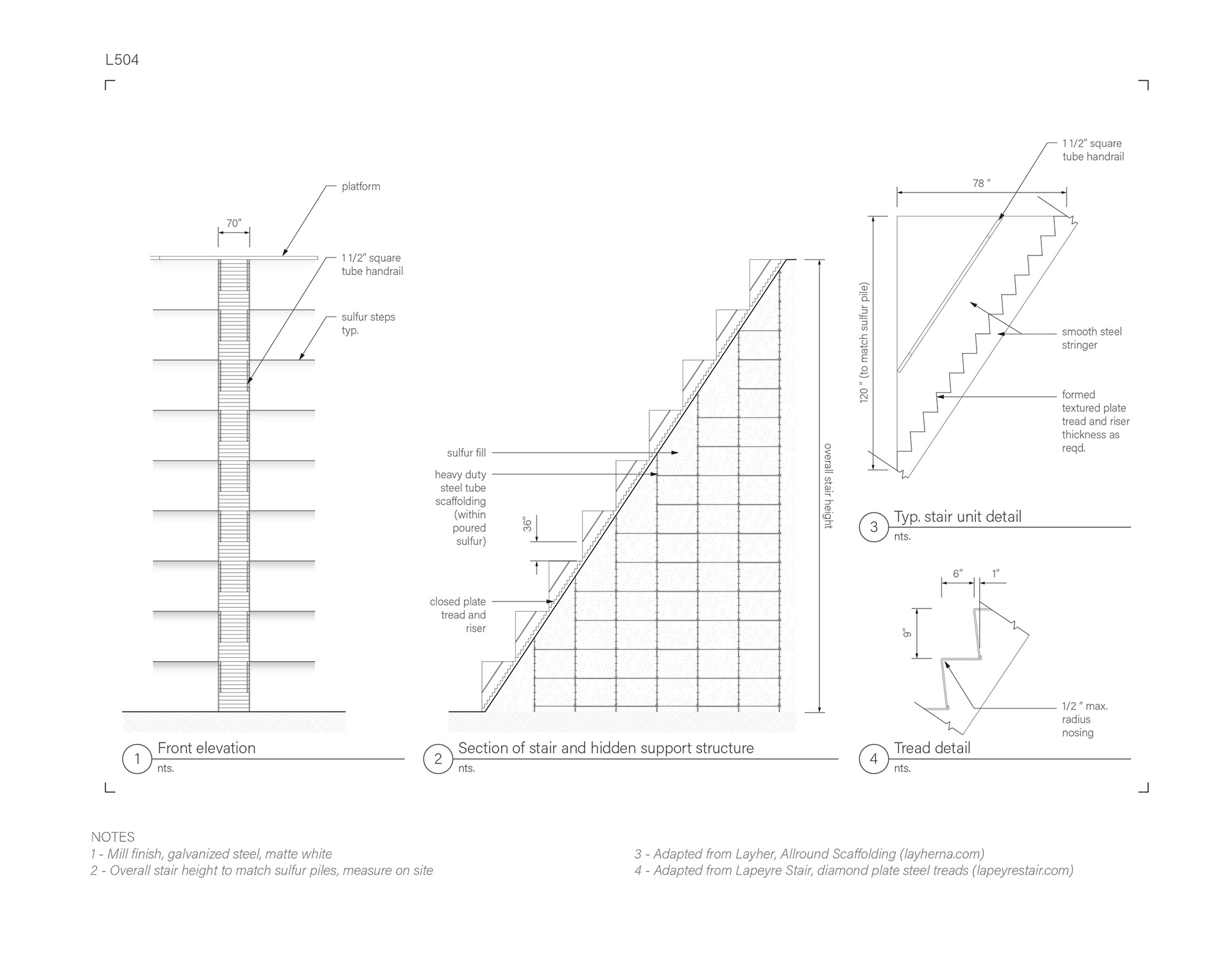