[Study 1]  [Study 2]  [Study 3]  [Study 4]  [Study 5]
Wapisiw Lookout
Project:
Phantom Ecology
Bituminous Sands, Northern Alberta, Canada
Pond One, the historic first tailings pond of 1967 in the Athabasca bituminous sands region was used until 1997 by Suncor Energy, Inc. The pond grew with the industry, and when closed encompassed an area of 220 hectares, a feat made possible by the engineering of massive earthen embankments that topped out at a staggering 100 meters above the Athabasca River. Once filled, this vast quantity of toxic liquid was left to settle but made far slower progress than anticipated. Progress slower than that set by Suncor’s targets. 2009 brought a new initiative. Directive 074, the Tailings Performance Criteria and  Requirements for Oil Sands Mining Schemes was issued by the (now former) Energy Resources Conservation Board (ERCB), an agency of the Government of Alberta. The primary objective of Directive 074 was to hold mineable oil sands operators accountable for tailings management. The ERCB stated clearly: “they have not met the targets set out in their applications; as a result, the inventories of fluid tailings that require long-term containment have grown. With each successive application and approval, public concerns have also grown.” (2009: 2)
One of the stated goals of Directive 074, “to create a trafficable landscape at the earliest opportunity to facilitate progressive reclamation,” was met by Suncor only a few years later. Pond One became the first tailings pond to be capped with a trafficable surface. The thickened tailings were layered with 30 million tonnes of sand and topped with a 50-centimeter deep layer of topsoil. Pond One was then renamed Wapisiw Lookout, trading depression for elevation – topographically speaking.
Proposed here in the following pages is a sunken platform filled with sand. The artificial beach reminds visitors that half a meter below the land around them is a continuous sand landscape floating above a vast lake of semi solid toxic tailings. The beach is also encircled with a containing bench signaling a reminder that surrounding the sunny retreat is a vast uncertified reclaimed habitat. One is never clear if the intention is too keep out or to keep in, to protect the sensitive habitat or the stakeholder. Directive 074 was suspended in 2015. 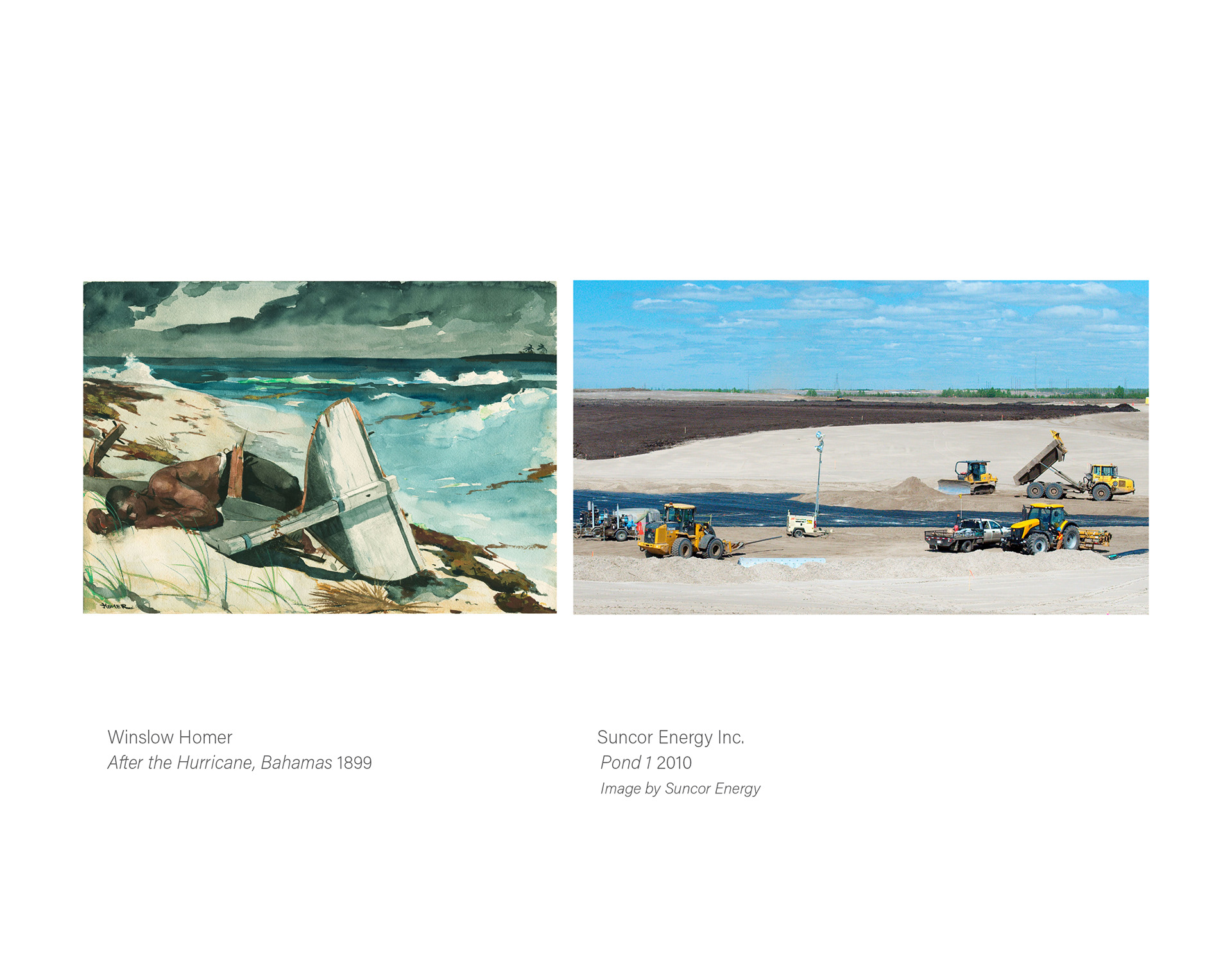 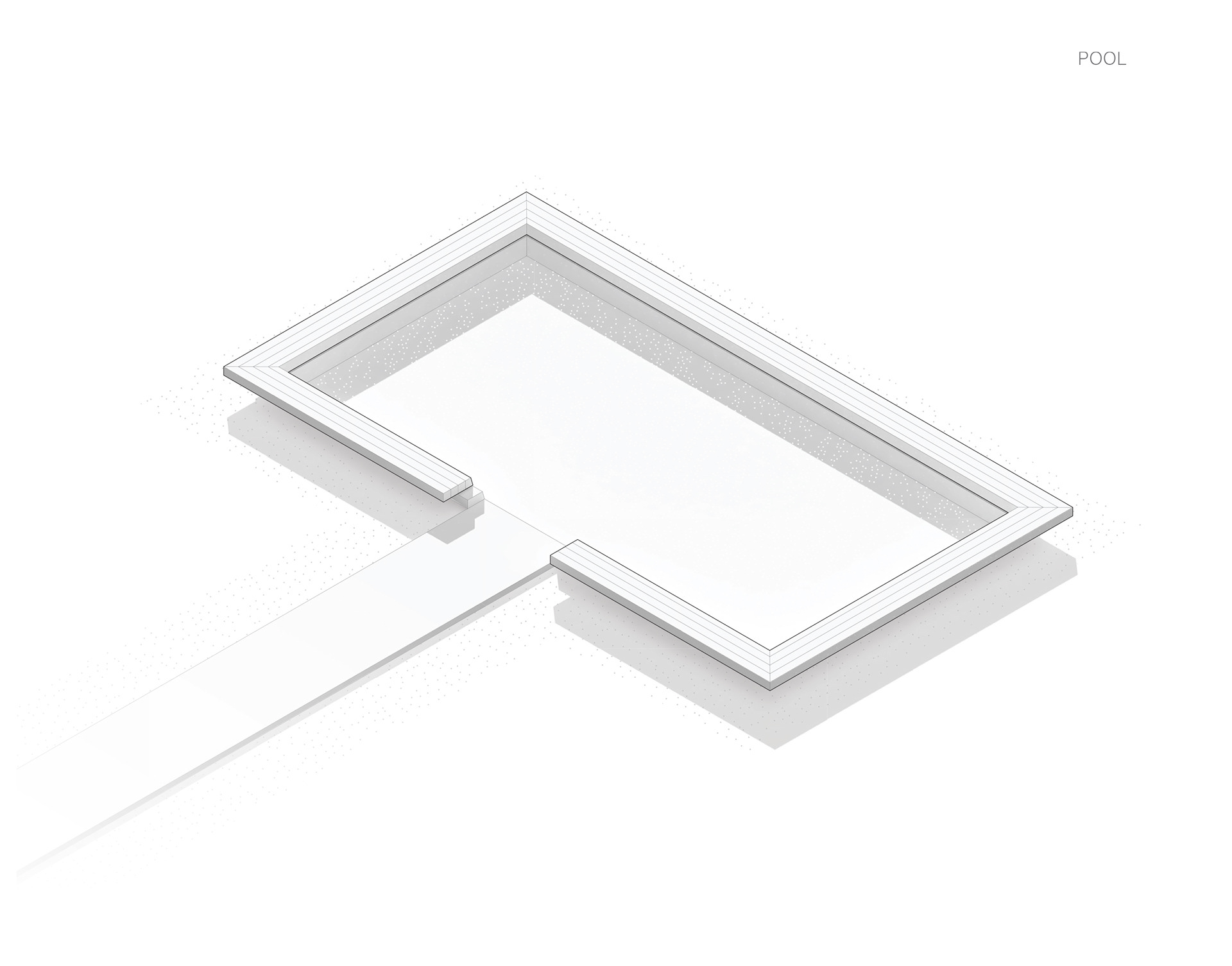 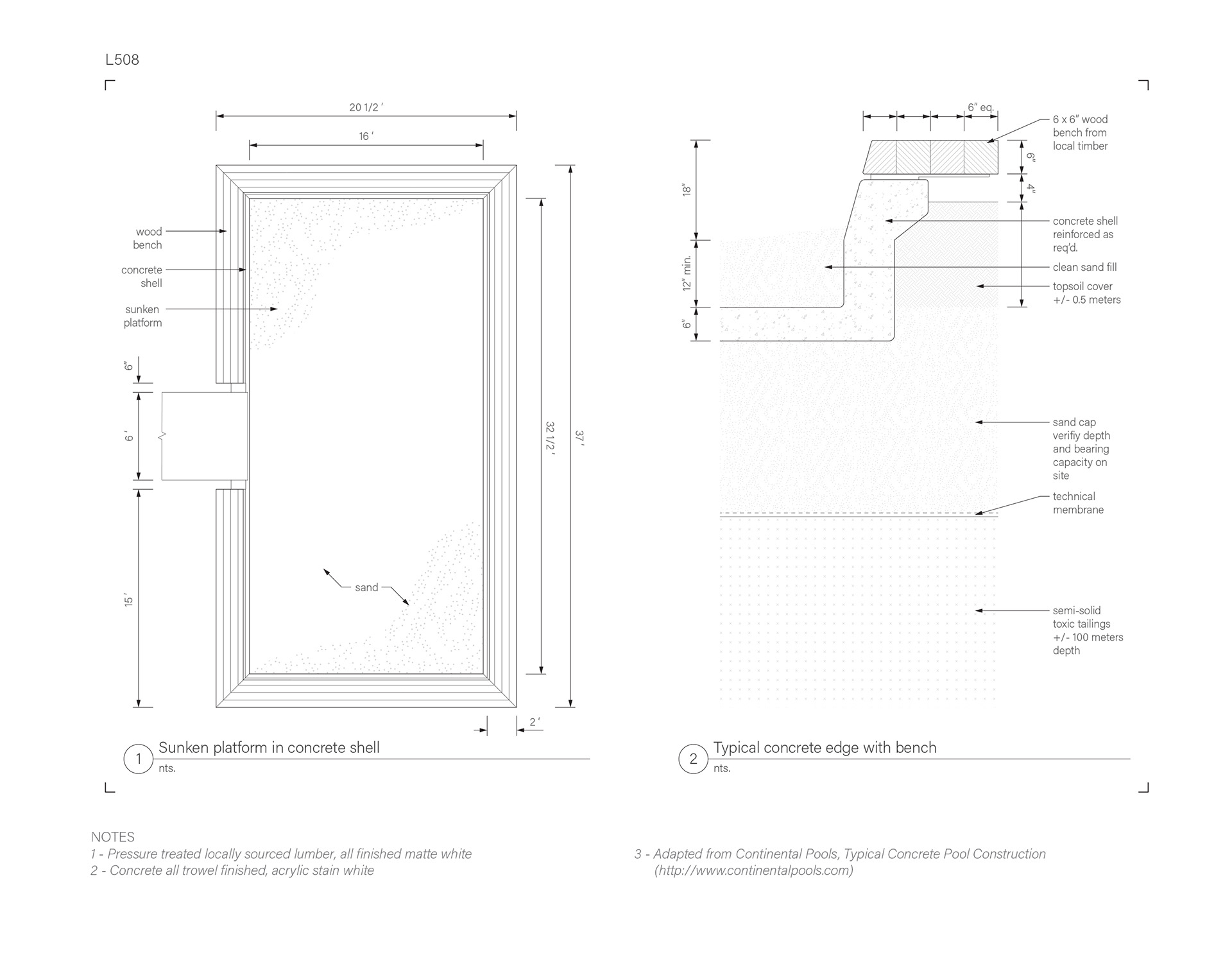